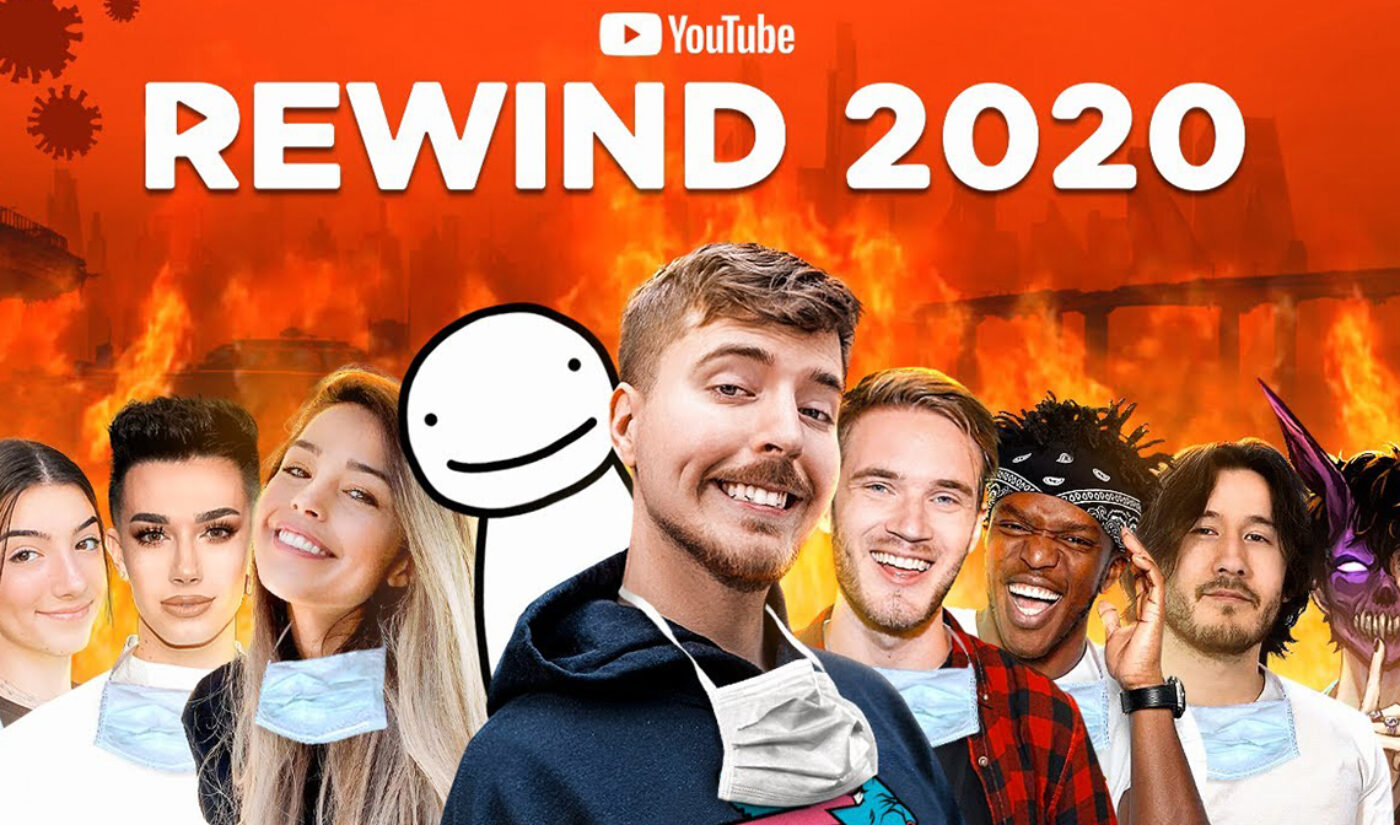 As you probably know, YouTube elected not to do its usual year-end Rewind video for 2020. This is understandable, because 2020 sucked. (It’s also possible YouTube’s still stinging from the internet’s response to Rewind 2018.)

Despite everything, though–from the COVID-19 pandemic and numerous police killings of Black people to election anxiety and the deaths of beloved celebrities like Kobe Bryant and Chadwick Boseman—“a lot of good things still did happen,” says MrBeast. So, the famously generous YouTuber decided to make his own Rewind . . . one with input from hundreds of other creators.

MrBeast (50 million subscribers) debuted his 2020 Rewind Jan. 1, and over the weekend it racked up more than 27 million views, made Minecraft YouTuber Dream’s neck a trending topic, and overall enjoyed a noticeably warm reception from folks who think it centers the creator community more than official Rewinds.

Turns out, there were quite a few.

There was the resurgence (or, er, original surgence) of games like Minecraft and Among Us, which not only drove record watch time for gaming content on YouTube and Twitch, but helped boost creators to new heights of renown. One of those skyrocketing creators, Corpse Husband (6.6M)–whose ultra-low voice caught the attention of Rep. Alexandria Ocasio-Cortez and then pretty much everyone else–also makes an appearance in MrBeast’s video, using his time slot to congratulate jacksepticeye for raising nearly $5 million with his annual #Thankmas charity live stream.

Rewind 2020 additionally touched on trends like K-pop and the rise of “etubers,” plus called out especially notable videos both silly and somber, from Mark Rober’s delightful squirrel jamboree to OG creator Jenna Marbles explaining her decision to quit her channel. It also featured a personal congrats from MrBeast to Logan Paul for going a full year without a controversy. Paul’s response: “I wish I could say the same about my brother, but…”

Last but not least, MrBeast’s Rewind included scrolling lists of every single channel that hit one million and 10 million subscribers in 2020. But smaller channels weren’t left out; MrBeast randomly selected three of them from a bowl and urged Rewind viewers to subscribe. The three channels swiftly gained tens of thousands of fans: at press time, DIY-centric Amelia and Bridie has gone from 412 subs to 166,000, music biz guru Soyan Osman went from 241 to 147,000, and sports channel Nalterdeeds went from 1,400 to 126,000.