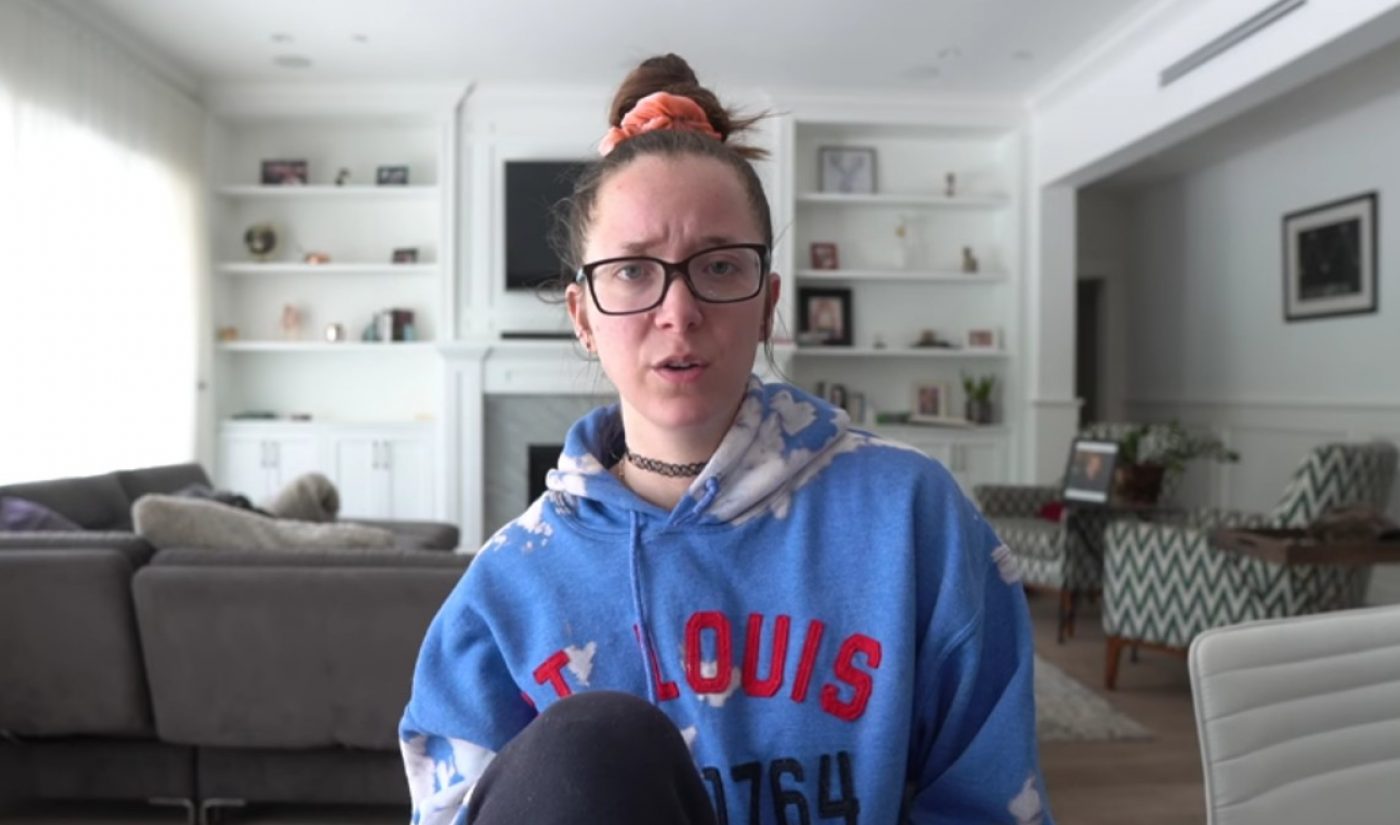 Jenna Marbles, a comedic vlogger who has been on YouTube for over a decade — racking up 20 million subscribers and roughly 30 million monthly views — is taking an indefinite hiatus from her channel. Marbles also discussed the possibility of giving up YouTube entirely after several old videos resurfaced in recent weeks — one in which she can be seen donning blackface, and another containing song lyrics making fun of Asian people. “Right now,” she said tearfully, “I just can’t exist on this channel.”

Marbles’ apology and departure from YouTube arrives amid global protests against police brutality and systemic racism sparked by the alleged murder of George Floyd, that have also precipitated a reckoning about racism across myriad cultural sectors and industries, including digital media. In addition to announcing her departure from YouTube, Marbles confirmed that, over the past few days, she had privated almost all of her old content. All told, it appears as though Marbles has privated 250 of her roughly 500 videos with a collective tally of nearly 2 billion views.

“I’m sorry if any of that holds any nostalgia for you, but I’m literally not trying to put out negative things into the world,” she said of her catalog. “I just don’t want anyone to feel upset about anything. I don’t want to contribute to that. I don’t want someone to watch something and feel hurt or offended now for any reason at all.”

Despite having removed the videos from her channel, Marbles showed footage of them in her apology video, titled A Message (below). This includes her 2011 impersonation of Nicki Minaj in blackface, as well as a self-written rap song titled “Bounce That D-ck” — which was also released in 2011 — that contains offensive lines toward Asian people.

Marbles also apologized for a 2012 video where she said she slut-shamed women for sleeping around — chocking up the decision to internalized misogyny at the time — as well as another old series where she riffed on the traditional gender differences between men and women. Marbles said that she no longer felt joking about gender was funny, and that such content could be harmful to people who struggle with their gender identities.

Finally, Marbles addressed calls by fans to unfollow or unfriend other creators who have recently found themselves under fire for past racist content. “I’m just a person trying to navigate the world the same way that you are, so I don’t always know what’s right, what’s wrong, or what the truth is,” she said. “As someone clearly with their own past that they’re not proud of, I do just try to see people for who they are right now — today.”

In addition to her flagship channel, Marbles also appears to have wiped clean a separate vlog channel that previously counted 1.7 million subscribers, 125 videos, and 150 million views. It remains to be seen whether she will continue to post to either of two channels she shares with her boyfriend, Julien Solomita: a hub dedicated to their eponymous podcast (971,000 subscribers, 3 million monthly views) and another channel for their gaming streams (249,000 subscribers, 1 million monthly views.)