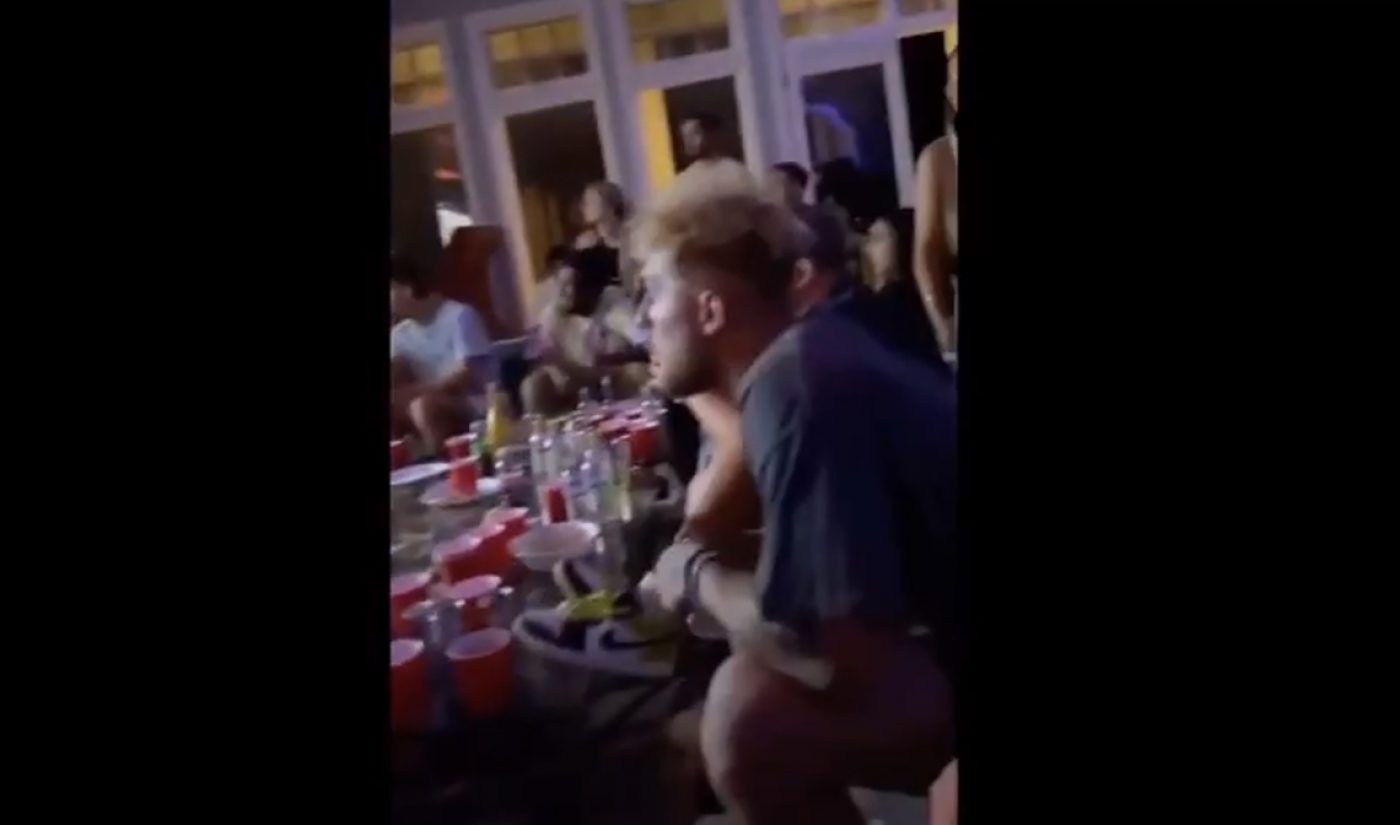 Footage apparently posted online by one of the party’s attendees shows hundreds of people packed into the home at close quarters, with no face masks in sight. Gatherers also spilled outside, which is how they stirred the ire of Paul’s neighbors. (Not an unusual phenomenon.)

NEW: The mayor of Calabasas & neighbors tell me they’re outraged after they say YouTube celebrity @jakepaul threw a massive party at his mansion on Saturday. They call it irresponsible, selfish, & say it’s businesses & workers who pay the price for this w/ lockdowns. 10pm @FOXLA pic.twitter.com/COiVleuDH2

Alicia Weintraub, the mayor of Los Angeles-adjacent Calabasas, told local news affiliate Fox 11 that she got a “barrage” of phone calls from folks living around Paul’s home as the party went on and videos of it were posted to social media.

“It wasn’t just myself who was outraged, it was everyone who saw the video,” Weintraub said. “They’re having this large party, no social distancing, no masks, it’s just a big huge disregard for everything that everybody is trying to do to get things back to functioning. It’s really just a party acting like COVID does not exist.”

Like many states, California currently has a ban on “professional, social, and community gatherings” that involve people who do not live in the same household. While it makes exceptions for protests, religious gatherings, and other cultural ceremonies with 100 or fewer attendees, it definitely does not make exceptions for the kind of party that occurred at Paul’s residence. Also worth noting: California is experiencing a resurgence in active cases that has resulted in the re-closure of indoor businesses including restaurants, bars, wineries, movie theaters, zoos, and museums. Over the past week, an average of 8,382 new cases have been reported per day in the state.

Weintraub did not say whether Paul, who has 20.1 million YouTube subscribers, will face any charges. She did tell Fox 11 that she’s working with the Lost Hills Sheriff’s Station to enforce a zero-tolerance policy on house parties, and that violators will not receive warnings.

Paul has not made a public comment about the party. He did, however, retweet fellow YouTuber Tyler Oakley‘s blunt message to him: 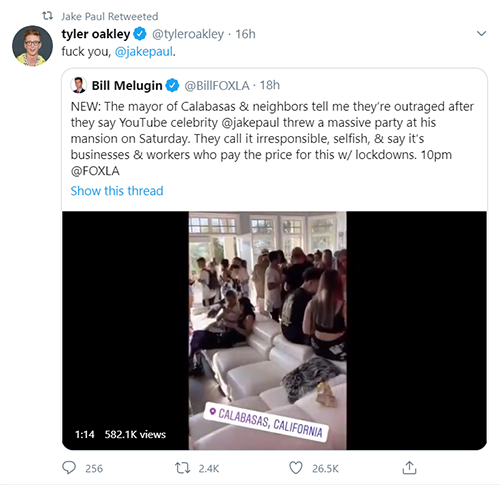