439,000 People Watched Alexandria Ocasio-Cortez Take On Top Content Creators In ‘Among Us’ 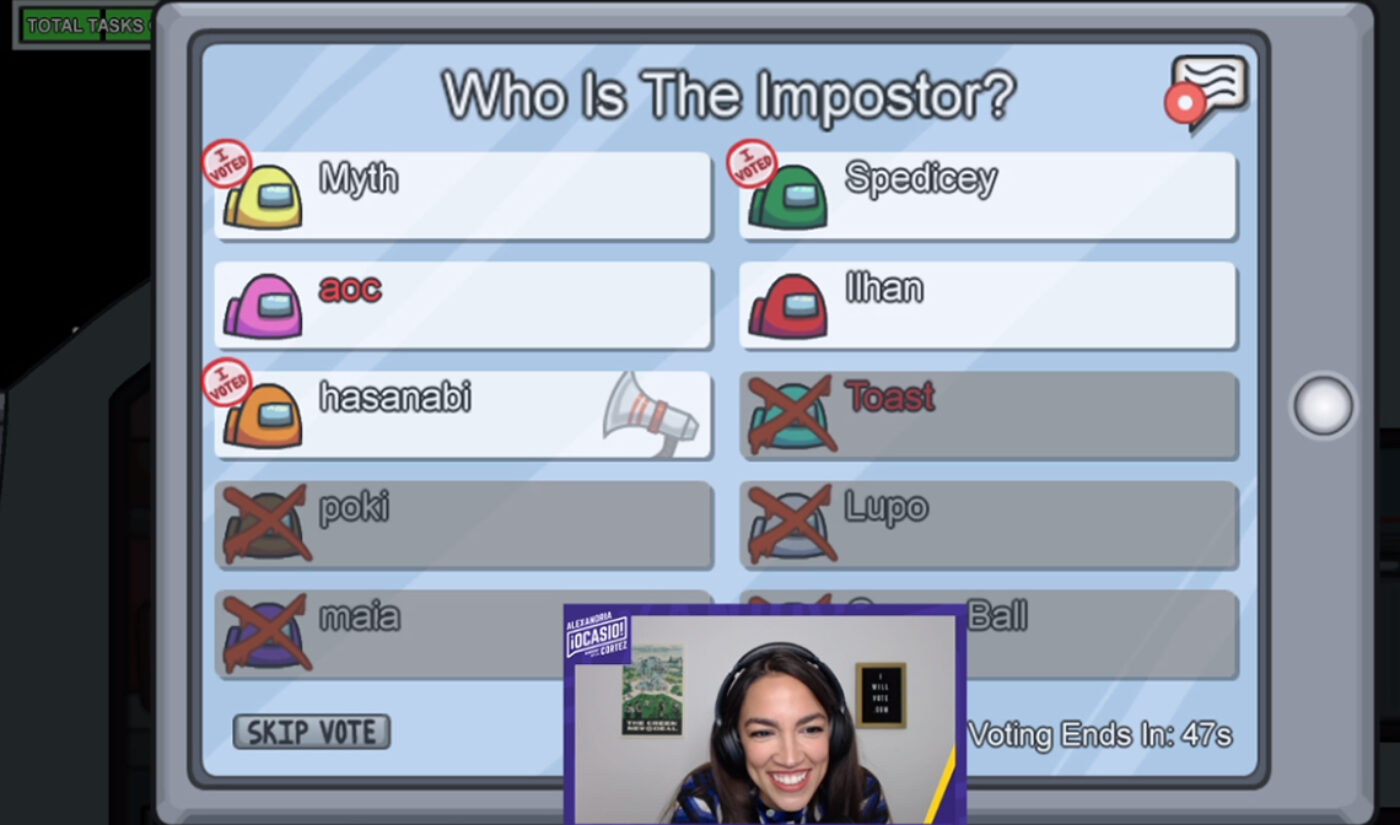 AOC has arrived on Twitch.

Sen. Alexandria Ocasio-Cortez (D-N.Y.) kicked off her presence on the streaming platform last night with a debut broadcast that welcomed fellow senator Ilhan Omar (D-Minn.) and several top digital content creators to a session of buzzy multiplayer game Among Us.

According to esports consultant Rod Breslau, the stream peaked at more than 439,000 concurrent viewers, making it the third most-watched individual broadcast in Twitch history. (The only ones ahead of it: Ninja and Drake’s 2018 Fortnite collab, which peaked at 628K, and Shroud’s recent return to Twitch from Mixer, which peaked at 500K.)

AOC already at double the peak viewership of Overwatch League

Like Ocasio-Cortez’s previous streams on other platforms, the three-and-a-half-hour gaming get-together dove into politics. She urged viewers to vote in the upcoming presidential election and discussed key concerns like healthcare.

“So you go to the doctor, and then…what happens?” she asked hbomberguy, who’s from the U.K. and thus has access to public universal care. “Do you just walk up and you say, ‘I need help’? How does that work? I can’t even imagine that interaction without a credit card or some sort of cash payment.”

“You go to the doctor and you say, ‘I have this problem,’ and they prescribe you medicine and you just go pick it up. And that’s it. And then you go home and you Google how much it would’ve cost in America,” he responded, laughing. “And that’s how you get radicalized.”

AOC talks healthcare with @Hbomberguy, who is from the UK, where healthcare is free. pic.twitter.com/3wMUZXpuF7

It’s worth noting that though her account is new, Ocasio-Cortez isn’t actually new to Twitch. Last year, she joined hbomberguy during a marathon live stream that raised more than $340,000 for U.K.-based transgender support organization Mermaids.