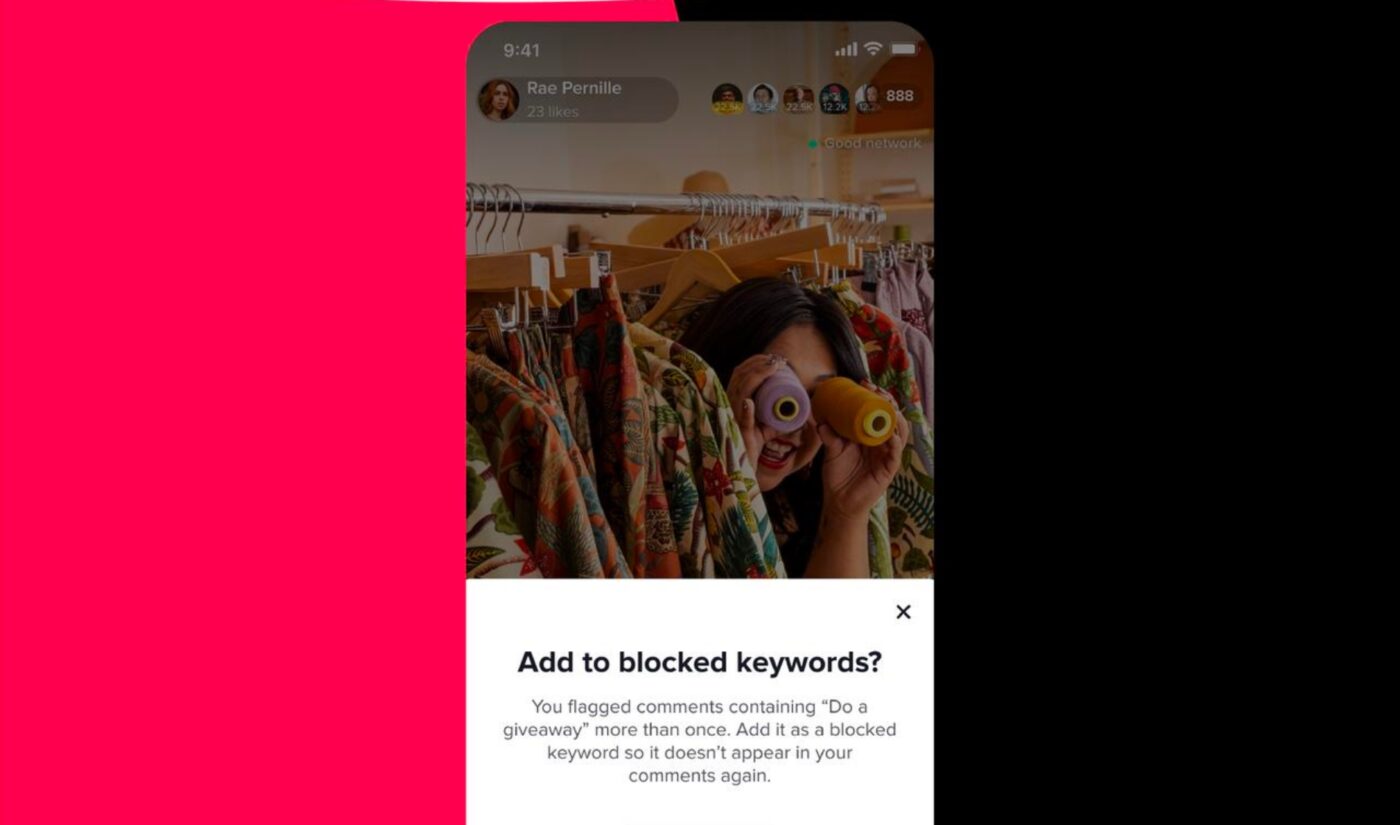 TikTok is creating a new space for the adults in the room.

In a blog post, the app revealed several updates to its TikTok Live platform. Most notably, creators will soon be able to launch live TikTok broadcasts that can only be watched by viewers over the age of 18.

The arrival of age-restricted broadcasts may seem like TikTok’s attempt to keep pace with more salacious live-streaming platforms, but that’s not the case: So-called “adult content” will still be banned from your For You Page. TikTok’s policies prohibit the sort of stuff that sells on OnlyFans, so don’t get any funny ideas.

Instead, the new setting is billed as a safeguard that will ensure mature content reaches its intended audience. “Perhaps a comedy routine is better suited for people over age 18,” explains the introductory blog post. “Or, a host may plan to talk about a difficult life experience and they would feel more comfortable knowing the conversation is limited to adults. We want our community to make the most of the opportunities LIVE can bring without compromising on safety.”

The “adult swim” broadcast is not the only preventative measure TikTok is putting into place. As the app looks to protect young viewers, it is also enhancing moderation on TikTok Live. Its keyword filtering tool can now recognize phrases that are repeatedly banned from the chat in order to automate their removal. Meanwhile, the minimum age for live hosting has been bumped up to 18. Previously, anyone over the age of 16 could go live on TikTok.

TikTok Live now has a “multi-guest” option as well. Up to five other users can be invited onto a stream as co-hosts.

According to TechCrunch, TikTok has been testing age-restricted streams as far back as July. The feature isn’t live just yet, but according to TikTok, streamers can expect the adult swim to arrive “in the coming weeks.”