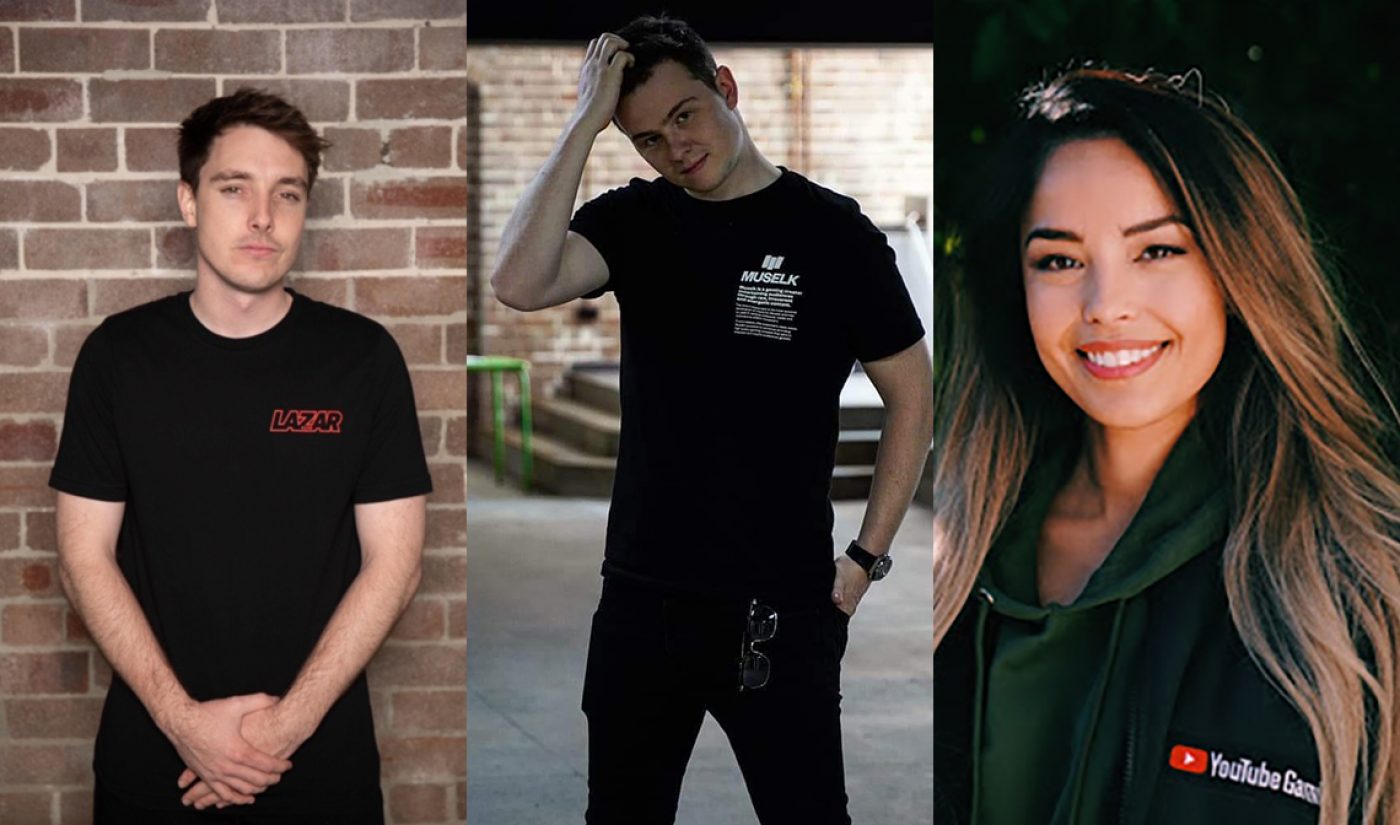 The post-Ninja Exodus lockdown of top streaming talent continues: YouTube has signed exclusive livestreaming deals with longtime YouTubers LazarBeam and Muselk, and with Valkyrae, who’s moving to YouTube from Twitch.

“Every gaming creator, no matter where they live stream, is a YouTube gaming creator, and we’re proud to be the home of the best gaming content in the world,” Ryan Wyatt, YouTube’s head of gaming, said in a statement. He added that the platform is “so excited” to have LazarBeam, Muselk, and Valkyrae “be a part of our global live streaming family.”

LazarBeam, a meme enthusiast and Fortnite player, has 12M subscribers on YouTube, and brings in more than 200M views per month. He joined the platform in 2015, and uploads multiple videos each week, but this partnership is the start of him livestreaming there. According to a statement, his goal moving forward is to “do more” by experimenting with different types of digital content and making a bigger impact on the creator space.

Muselk, also a Fortnite player, has 8.15M subscribers and brings around 60M views per month. Like LazarBeam, he’s been on YouTube for years (since 2012), and this is his first livestreaming commitment to the platform. Outside of YouTube, he co-owns talent agency Click Management, which is known for repping digital gaming creators.

So excited to announce Im now going to be streaming EVERY week on Youtube! Cant wait to put even more content out on the platform which has been home for my entire career! Going be starting TODAY in 5 hours with a huge #FightTheFires Charity Stream! Donating $1000 for every VR! pic.twitter.com/ZGeYuvNPGe

LazarBeam and Muselk plan to mark their new arrangements with YouTube philanthropically: Today, beginning at 5 p.m. EST, they’ll host a 12-hour #FightTheFires charity livestream to raise money for Australian bushfire aid. The stream will run on Muselk’s channel, and donations will be accepted there, or on the fundraiser’s official GoFundMe page.

Valkyrae is esports organization 100 Thieves’ first female member. She has 945K followers on Twitch, and is known for playing Fortnite as well as fantasy games like League of Legends and Dark Souls. She plans to use her new presence on YouTube to share her passion for helping others maintain their mental and physical health.

“With the support from YouTube, my family and my fans, I will not only continue to do my best as a streamer, but I will also venture into other areas of content and grow my brand even further,” she said in a statement.

As mentioned above, LazarBeam, Muselk, and Valkyrae’s deals are the latest in a growing chain of lockdowns made by Twitch, YouTube, Facebook Gaming, and Mixer following former Twitch star Ninja’s seismic move to Mixer in August. Since then, a number of notable gamers have committed to platforms in exclusive deals, including Shroud, Nick Eh 30, King Gothalion, NickMercs, FaZe Ewok, Disguised Toast, and Valkyrae’s 100 Thieves teammate CouRage.