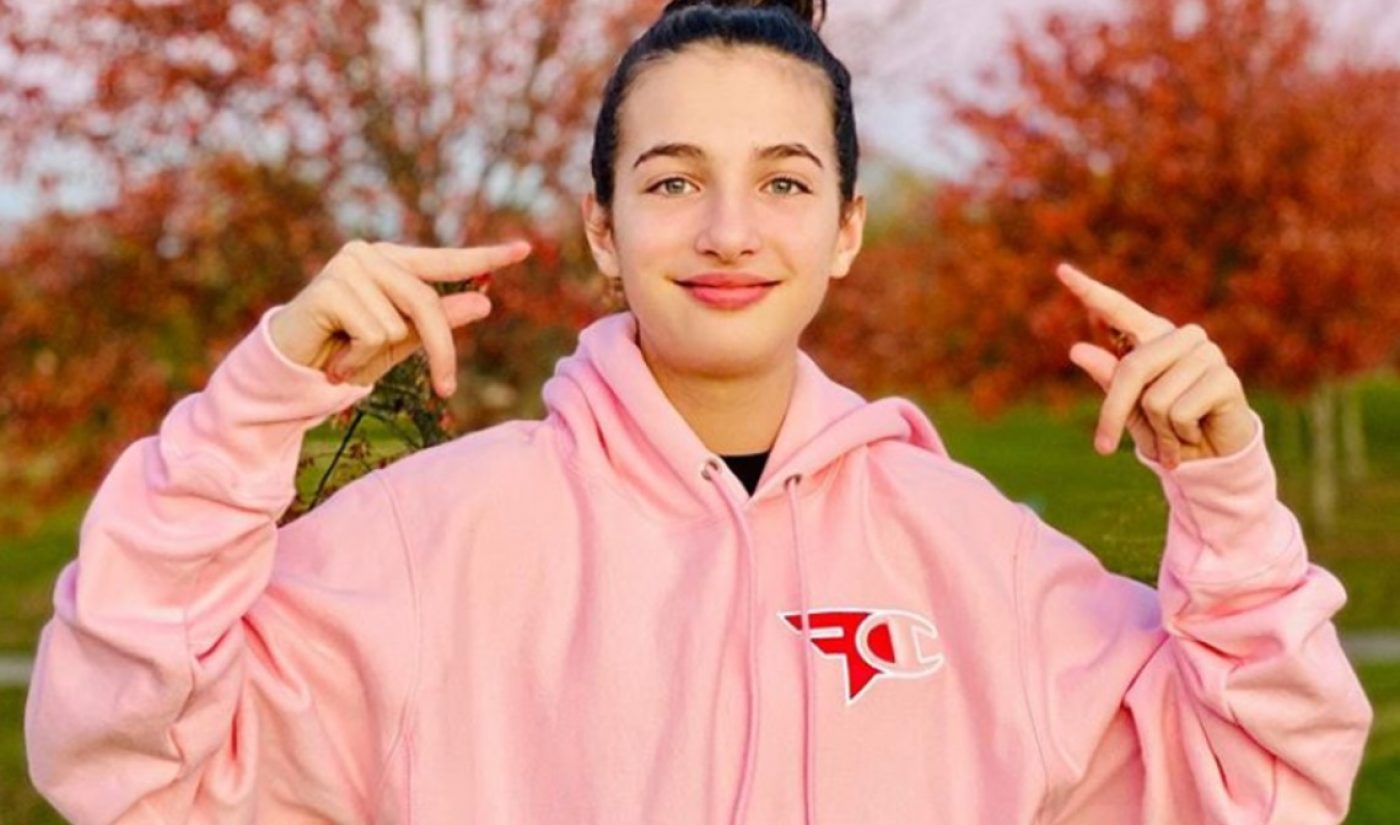 Soleil ‘FaZe Ewok’ Wheeler made waves in the gaming sphere in July when the then-13-year-old Fortnite prodigy became the first female streamer to sign with the illustrious esports and digital media organization FaZe Clan.

Now, Ewok, 14, is following in the footsteps of a growing number of gamers who are departing foundational platform Twitch for the mascent pastures of Microsoft-owned competitor Mixer. Prior to her departure, Wheeler counted 285,000 followers on Twitch, where she began streaming as soon as she turned 13, which is the platform’s minimum age for account sign-ups.

Wheeler, who is deaf, made the announcement in a silent Twitter video where she simply paints the Mixer logo on a white wall. She followed that post with a link to her Mixer page and the notice that platform will be offering free subscriptions to her channel for one month. Typically, subscriptions on Mixer are priced at $4.99 per month (the platform recently dropped its prices by $1 to bring it on par with Twitch’s rates). Channel subscribers receive exclusive rewards like members-only chat rooms, unique emojis, account badges, early or extra access to content.

Other streamers who have departed Twitch for Mixer include Michael Shroud Grzesiek and Cory ‘King Gothalion’ Michael — though the trend was started, undoubtedly, by gaming’s biggest star, Tyler ‘Ninja’ Blevins, who rocked the industry with his announcement in August.

At the same time, other platforms are looking to lock down streamers in exclusive deals. 100 Thieves player Jack ‘CouRage’ Dunlop unveiled an exclusive deal with YouTube Gaming earlier this month, while Twitch itself has also inked pacts with Nicholas ‘Nik Eh 30’ Aymoony and Nick ‘NickMercs’ Kolcheff.

You can check out Wheeler’s announcement video below: