KSI vs Logan Paul: Who’s Got The Edge Going Into What Will Be One Of The Biggest YouTube Events Of All Time 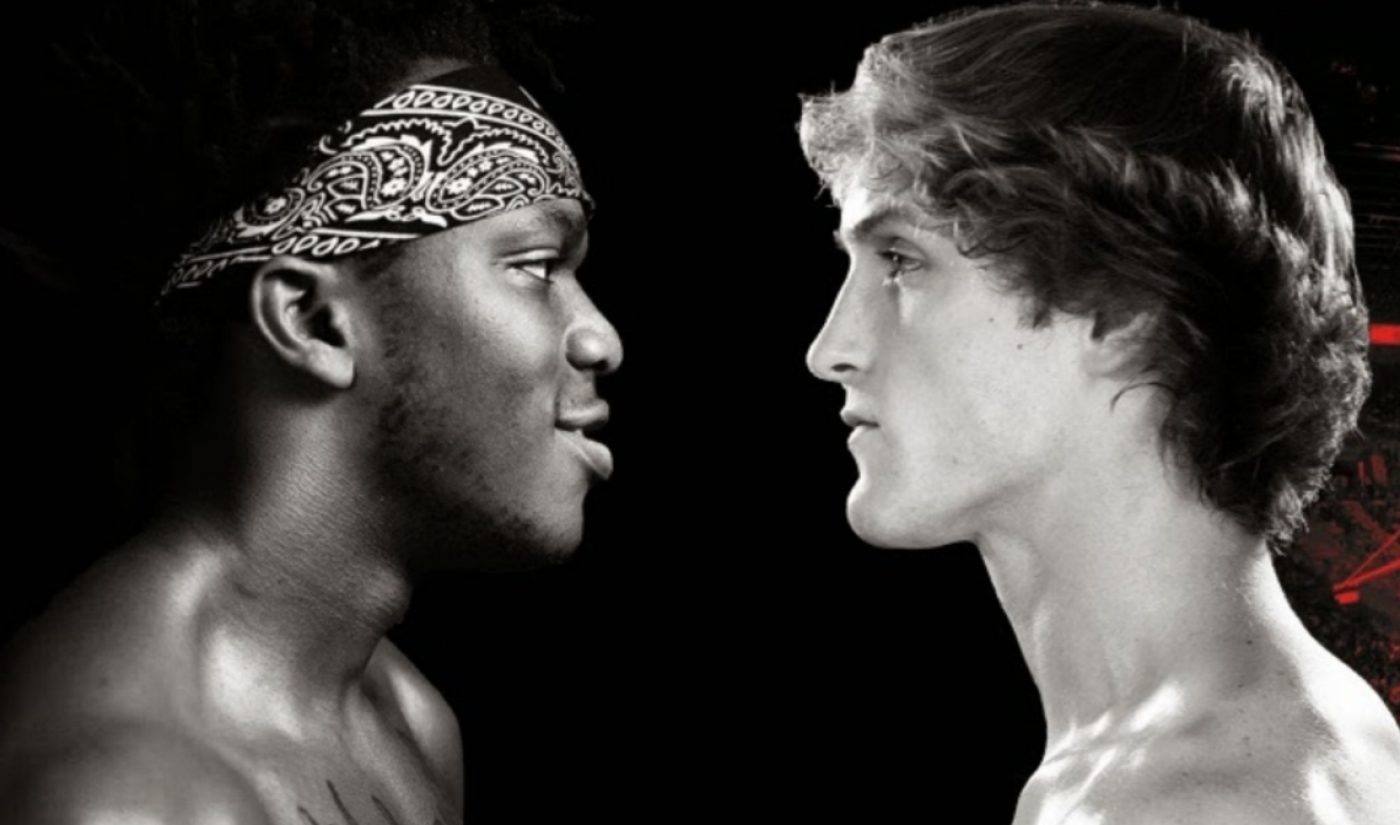 Finally, it is here. Logan Paul and Olajide ‘KSI’ Olatunji’s much, much hyped boxing match will air on YouTube pay-per-view this Saturday, Aug. 25 (and at KSIvsLogan.tv for those in locations where you can’t purchase the fight on YouTube), live from the Manchester Arena in London. The fights kick off at 5:30 p.m. London time, and there are still in-person tickets on offer, priced between £80 ($103 U.S.) and £495 ($634), for folks who want to see the blood and sweat in real life.

The internet has endured months of the pair talking themselves up and trash-talking each other, but now that it’s time for them to put their fists where their mouths are, how are Paul and Olatunji really stacking up when it comes to official odds?

Olatunji currently has a miniscule lead when it comes to the number of bets placed in his favor — 47.5% over Paul’s 46.87%. The remaining 5.63% of bets are placed in favor of the YouTubers’ six-round maximum match ending in a draw.

To get more nitty-gritty, Olatunji’s odds of winning are sitting at 11/10, Paul’s are 1/1, and the odds of a draw are 18/1. These numbers aren’t staggeringly different from the odds going into Olatunji’s February 2018 fight with fellow YouTuber Joe Weller; then, different sources aggregated by Betting Gods had Olatunji at 10/11, Weller at 10/11, and a draw at 10/1.

In that match, Olatunji put Weller down three rounds in, but with Paul, he’s lost his significant weight and height advantage. Olatunji is six foot even and weighed in at 183 pounds for his match with Weller, who is just under five-foot-nine and weighed in at 174.6 pounds. Weller, by the way, will be one of three YouTuber commentators for the Olatunji and Paul’s match, along with Brian ‘True Geordie’ Davis, who commentated Weller’s match, and Laurence McKenna. They’ll be joined by announcing legend Michael Buffer (aka The “Let’s Get Ready To Rumble” Guy), who will report Olatunji and Paul’s weights and announce main fights.

Paul, on the other hand, is six-foot-two, and back in 2013, his football stats showed him weighing 190 — he almost certainly weighs more than that now. A thorough analysis of how his additional height, reach, and weight could play out in the ring was conducted by The Game Theorists back in February after the KSI vs. Weller match. It’s worth a watch:

While Paul obviously isn’t a professional boxer, he’s been undergoing training from professionals and has recently shown off how far he’s come in the months since he and Olatunji agreed to fight. He landed a left-hook knockdown in a TMZ-captured training session that showed him looking much livelier than he did at the start of his conditioning in the spring. And though it may seem obvious to hinge bets on the competitor who’s stepped into the ring before, Paul has an admittedly impressive athletic history. He earned a rash of football honors as a high school player, and has talked before about his extensive wrestling exprience.

Olatunji has plenty of digital FIFA experience thanks to his time with gaming group Sidemen, but he doesn’t appear to have a fraction of the general sports history Paul does. (Not to be ignored: Olatunji has gotten boxing advice from Floyd Mayweather, Sr.)

As for the match’s most notable undercard fighters, the odds are more tipped. Jake Paul’s odds are 1/4, with 39.97% of bets in his favor, while Olatunji’s younger brother Deji holds a commanding 55.33% of bets, and odds of 15/4, per OddsChecker. Their draw odds are slightly slimmer than their brothers’ at 20/1. The match’s other undercard fights — there are seven total — are: FaZe Sensei vs overtflow; JMX vs Coach Richard; MOMO vs RossiHD; Rackaracka vs Scarce; AnEsonGib vs Jake Swingler; and Call me Ham vs Jrizzy Jeremy.

Whoever comes out victorious, one good thing can be said about both Olatunji and Paul going in: they do appear to have actually taken their training for the fight seriously. Setting aside all the stunt-y verbal jabs and various weirdly intense meetups clearly intended to nab gobs of viewer eyeballs (and, of course, the entry price for those eyeballs), these YouTubers have put in documented effort.

And a lot of people will be tuning in to see that effort (potentially) pay off. The KSI vs. Weller match brought in over 1.6 million concurrent live viewers and over 25 million views to date. That fight didn’t live behind a paywall, but it also wasn’t nearly as hyped.

The hype isn’t over for Olatunji and Paul, though, regardless of what happens on Saturday. A copy of their signed deal shows the two have also onboarded for a rematch set somewhere in the U.S., sometime in 2019 — however, there’s also a clause allowing either participant to pull out of that second fight anytime in the 90 days after of the Aug. 25 match.

✍️ YouTubers KSI and Logan Paul have now signed to fight each other on August 25th at Manchester Arena.

They've put together a two-fight deal and everything. Rematch in the US! pic.twitter.com/rUrX69XBvp

Look, there’s no doubt about it: this match will be one of the biggest events in YouTube history. But how it will go down in internet history — fondly remembered or just as cringe meme fodder — remains to be seen.