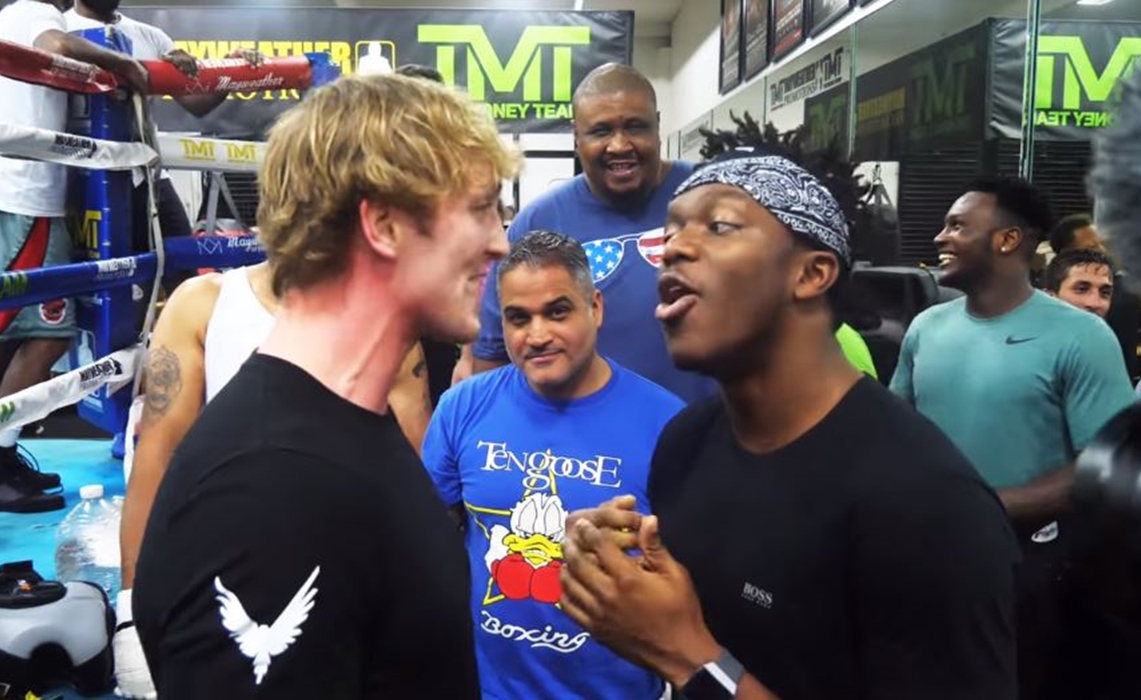 Logan Paul is training furiously for his hotly-anticipated boxing match against fellow YouTube star Olajide ’KSI’ Olatunji, which is slated for August 25 at the 21,000-seat Manchester arena in England.

And perhaps Paul is also sending an indirect message to his opponent, with a clip (see below) conveniently captured by TMZ of the controversial vlogger wailing on a sparring partner during a recent training session, landing a knockdown with an impressive left hook. Prepared though he may be, Paul (17.6 million subscribers) will have a formidable opponent in Olatunji (18.7 million subscribers), who defeated another YouTube star, Joe Weller, in a separate match last year that amassed tens of millions of views on YouTube. For his part, Olatunji recently shared a training video of his own, where he received tips from boxing legend Floyd Mayweather Sr.

Logan’s brother, Jake Paul, is also reportedly on the card for the August 25 match, where he is rumored to be facing off against Olatunji’s little brother, Deji. While Jake counts 15.3 million YouTube subscribers, Deji counts 9.2 million on his ComedyShortsGamer channel.

While tickets for the Logan and KSI match have not yet gone on sale, TMZ reports that boxing experts believe the event could garner more viewers on YouTube — or wherever it ends up being distributed — than when Floyd Mayweather faced Conor McGregor in a massive event last year. And the August face-off will be the first of two matches between Logan and KSI, who are set to come to blows once again in a rematch in the U.S. before February 2019.

On Twitter, the two have intensified their trash-talking in recent days. Drama Alert reports that they will partake in a weigh-in press conference in Hollywood on Friday.