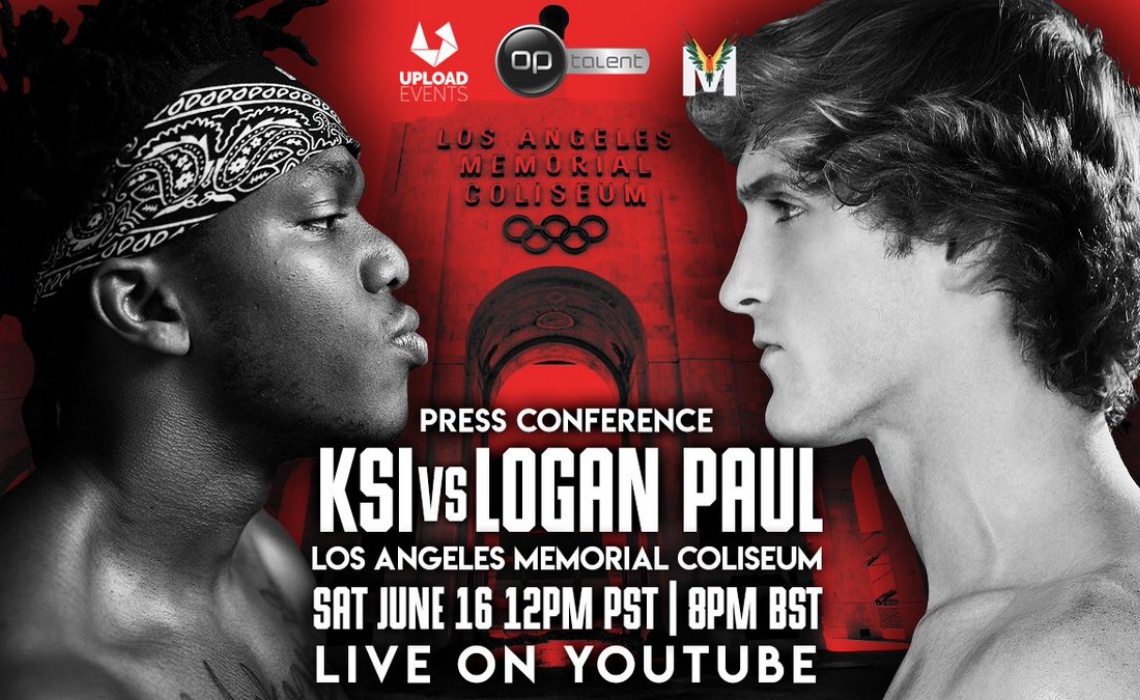 Before their boxing match, which is set to take place on August 25, YouTube stars Olajide “KSI” Olatunji and Logan Paul are setting aside some time for a little trash talk. The boisterous duo will co-host a press conference, which will take place at the Los Angeles Memorial Coliseum on June 16. Their respective brothers, Deji Olatunji and Jake Paul, will be present as well.

After months of persistent rumors, KSI and Logan Paul inked a two-fight deal in March. The first of those bouts will take place at the Manchester Arena in the UK, where thousands of spectators are expected to come watch the two videomakers slug it out. Before their fight, their brothers will battle in an undercard match.

Ahead of their face-off, KSI and Paul have stirred up some headlines in the tabloids, and their antagonistic behavior will likely continue at the press conference, which will begin at 3 PM ET. Their banter will be live streamed on YouTube, likely on their respective channels.

With the press conference on the schedule, the Paul brothers got started on their trash talk right away:

you don’t wanna miss me roast & toast this man. pic.twitter.com/gzqnYosAPK

Press conference this Saturday💪🏼Me vs. boob man & Logan vs. stanky bandana🙈tune in on YouTube live @ noon PST, or if you’re in LA you can come watch in person & support the Paul’s for free!! See y’all then🔥 DEJI THIS IS THE WORST MISTAKE YOU’VE EVER MADE IN YOUR LIFE😂 pic.twitter.com/wsfwX71JkU

If you’d like to attend the press conference in person, you can pick up a free ticket for it via Eventbrite.