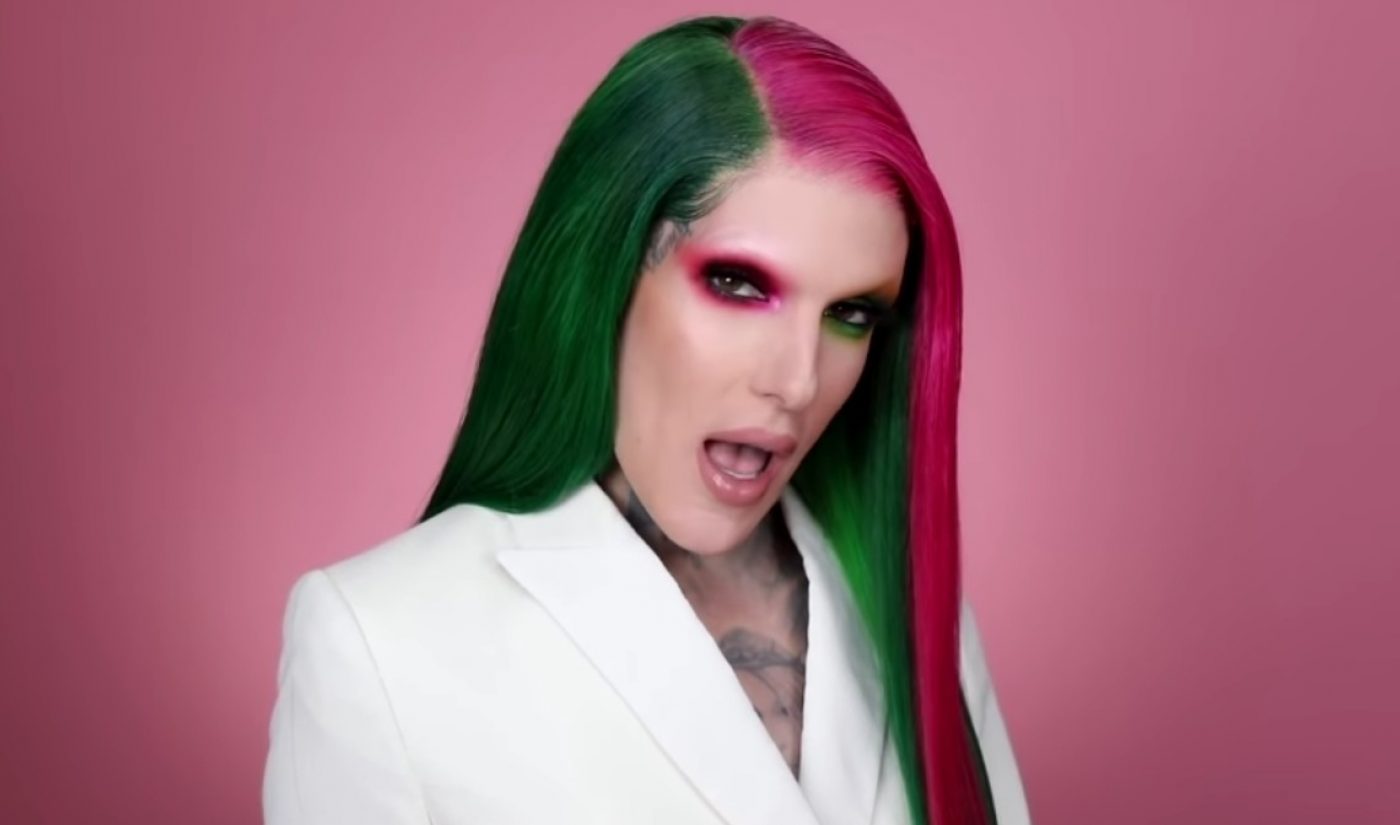 Update, July 13, 11:30 am ET: Jeffree Star Cosmetics responded to Morphe’s decision to cut ties by saying that the company is “shocked and extremely saddened.” Nevertheless, despite the termination of the five-year relationship, JSC said that it still has an “incredible remainder of 2020 planned” with upcoming product launches that it is “excited to share.”

Morphe, a beauty brand and brick-and-mortar retailer that has made a name for itself largely thanks to close relationships with YouTube‘s top beauty vloggers, has today ceased all commercial affiliation with YouTube megastar and cosmetics entrepreneur Jeffree Star.

Morphe did not go into detail about the reasoning behind its decision to cut ties with Star, whose eponymous beauty brand is sold in Morphe retail stores as well as online, and who has also collaborated with Morphe on co-branded collections. That said, Star has become engulfed by controversy in recent weeks — at least due in part to his association with Shane Dawson, with whom he collaborated on a blockbuster docuseries and top-selling makeup line called the Conspiracy Collection through his own company, Jeffree Star Cosmetics.

Morphe, which previously sold Jeffree Star Cosmetics as well as the Consiracy Collection, dropped the latter range after old footage of Dawson came to light that saw him donning blackface and making pedophilia jokes. And last week, beauty influencer news creator Here For The Tea reported that Morphe was responding to consumers who’d reached out with concerns about its ties to Star, explaining to shoppers that Star was a longtime member of the Morphe family, and that the company would be “taking the time to fully review the feedback from our community.”

Today we’ve made the decision to cease all commercial activity related to Jeffree Star and affiliated products. We expect this to conclude within the coming weeks. As we look to the future, we will continue to share updates on what lies ahead for the Morphe brand.

Star’s affiliation with Morphe also came under fire last week due to a video created by his former friend, Tati Westbrook, who alleged in a blockbuster confessional that Dawson and Star coerced her into creating takedown video of fellow beauty creator James Charles that rocked the community in 2019. In her video, Westbrook alleged that Star was a co-owner of Morphe. (Morphe has denied that Star is an investor or owner).

Nevertheless, this revelation, reports Here For The Tea, led numerous beauty influencers last week to deactivate their affiliate codes with Morphe, including Jackie Aina, Alissa Ashley, Gabriel Zamora, and Nicol Concilio. (Being an affiliate allows creators to get a cut of any sales that are derived using their proprietary promo codes). In her tweet alerting followers of the decision, Aina — who has called out Star for his racist behavior in the past — did not mention him by name, but said, “I refuse to align myself with a company that continues to retail antiblack racist beauty brands.”

Star, who was also previously a Morphe affiliate, has yet to respond to Morphe’s decision, and has remained uncharacteristically silent online in recent days.

hey boos, as some of you may know as of this week I will no longer be a @MorpheBrushes affiliate.
code “EDGES” has deactivated. I refuse to align myself with a company that continues to retail antiblack racist beauty brands. I strongly encourage other influencers to do the same!