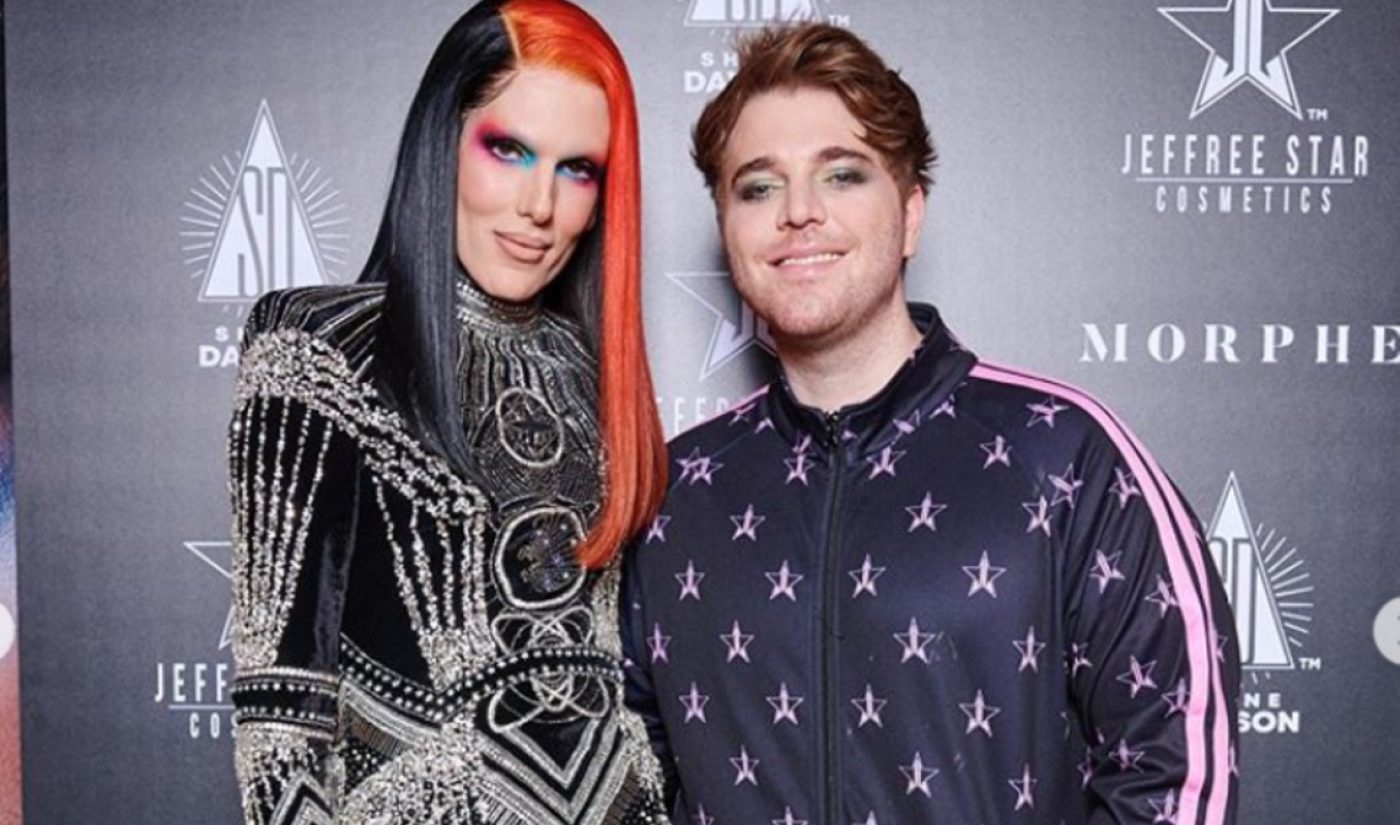 Word to the wise: when one of the biggest creators in YouTube history makes a multi-part docuseries chronicling a product collaboration with the platform’s biggest beauty channel, a staggering number of fans are going to want to buy it.

Beauty mogul Jeffree Star, the subject of Shane Dawson’s latest series, The Beautiful World Of Jeffree Star, took to his Instagram Stories yesterday to update fans on the future of the Conspiracy Collection after its gobstopping — and technically-challenged — debut last Friday. Despite the fact that demand for the items crashed Shopify for several hours (which will be chronicled in episode seven of the series), the makeup range — comprising eyeshadow palettes, lip products, and accessories — sold out in its entirety.

Star notes that the release shattered a record for Jeffree Star Cosmetics (JSC), with 1 million total eyeshadow palettes sold — including the flagship Conspiracy Palette as well as a smaller Mini-Controversy Palette — in roughly 30 minutes. In the past, JSC palette launches have vended that quantity within a six to nine-month timespan, he said. As a result, while most influencer collabs are developed as limited launches, the Conspiracy Collection is becoming a permanent addition to the JSC family.

While that means that fans who wants to own the collection will presumably be able to purchase it at some point, a preorder for the first restock is slated for today — a somewhat stunning turnaround. (Star and Dawson aren’t announcing the exact time so as to avoid any more technical glitches). That said, only the two eyeshadow palettes are being restocked, and only 60,000 units of each palette (as compared to the hundreds of thousands that JSC ordered for the initial run) will be available. They will begin shipping later this month. The reason that only 60,000 palettes can be printed right now is due to a limited supply of one of the shades in the Conspiracy Palette, Star explained — a bright yellow hue dubbed ‘Food Videos’.

“If you watch the series, you know it took us a long time to get everything together,” he says, noting that a restock of the collection will roll out in full in early 2020. “So we wanna be transparent. Now that everything is made, we can make things way quicker, but it’s still two or three months out — on a real level.”

As for Dawson’s sold-out merch line, which he is now vending with another company co-owned by Star, Killer Merch, a limited restock is planned for this Friday, when embroidered logo hoodies, Conspiracy hoodies and T-shirts, and phone cases will be replenished. Other items, which take longer to produce, will return with a full restock on Black Friday, Star said.

You can check out Star’s full Insta Story with details about the launch and restock below: