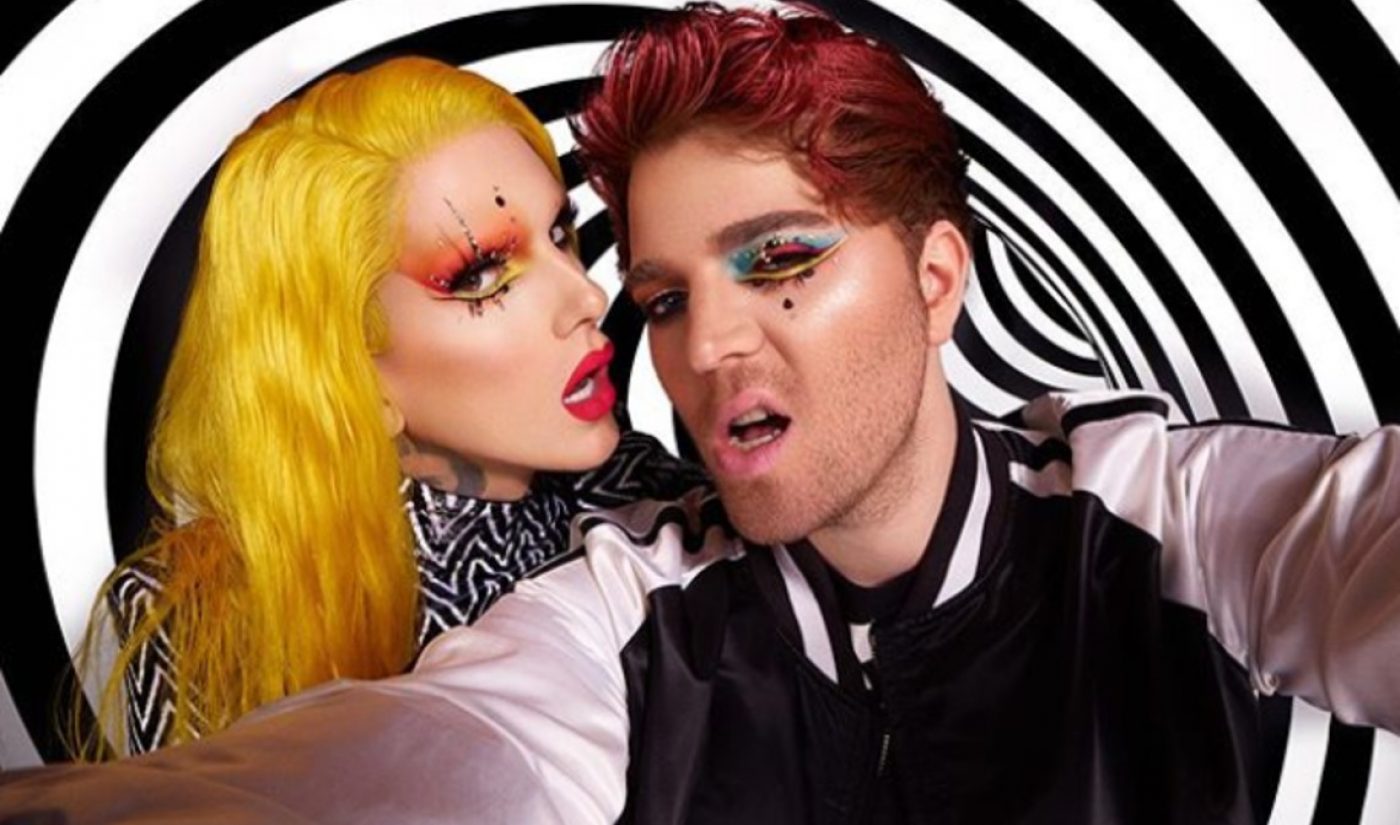 After roughly a year of anticipation and hours of docuseries content — including boundary-breaking glimpses into the machinations behind today’s makeup industry and countless emotionally-charged moments of both awe- and cringe-inducing vulnerability — Shane Dawson and Jeffree Star’s Conspiracy Collection is here.

The makeup range, which serves as the holiday outing for Jeffree Star Cosmetics (JSC) — in an increasingly influencer-dominated makeup market — launches on Friday and was inspired by Dawson’s abiding love for conspiracy theories, which he has covered on his channel for years. The collection was revealed in the sixth episode of The Beautiful World Of Jeffree Star (below), which has amassed 7.6 million views since being posted last night and is standing tall at No. 1 on YouTube‘s ‘Trending’ tab.

The flagship item in the collection is the $52, 18-shade Conspiracy palette, which has no cohesive color story but does boast several cleverly-named shades inspired by Dawson’s predilections and personality quirks, including Ranch (a matte white), the pale brown Diet Root Beer, and Cheese Dust — a bright orange evidently inspired by Dawson’s love of Cheetos (which is also the name of his cat). There is also a nine-shade Mini-Controversy Palette, $28. Both items feature black packaging — with the former touting a black-on-black, hypnotic spiraling design and the word ‘Conspiracy’ in bright white lettering, as designed by Dawson and editor Andrew Siwicki on their laptops after a particularly strenuous design meeting.

Six liquid lipsticks will also be available — both individually ($18) or bundled into a pig-shaped box in the shape of Dawson’s new cartoonish merch logo ($90) — which appears to be a conceptual wink at the old adage, ‘You can’t put lipstick on a pig’. A clear gloss called Shane Glossin’ and a Diet Shane lip balm will also be available — priced at $18 apiece.

Both palettes can also be purchased in a bundle for $72. And die-hards, who want to own all items in the Shane x Jeffree Conspiracy Collection can purchase everything for a cool $210, complete with a black makeup travel bag.

Speaking of which, a variety of makeup bags will be available in both black and pink, priced between $30 and $40, as will the long-teased pig-shaped hand mirrors in black and pink ($30 each). Finally, a Conspiracy-themed tracksuit bedecked with Star and Dawson’s logos is priced at $45 for joggers and $55 for a track jacket.

Despite Dawson’s reticence throughout the series about whether any of his products will sell, fans on social media received the collection reveal with rabid, near-unanimous praise. They also applauded several of the behind-the-scenes players who have become beloved characters in Dawson’s docuseries, including JSC operations head Mark Bubb, director of product development Patrick Cullen, and an extraterrestrially patient packaging exec who is only identified in the docuseries as Anna. One tweet celebrating the JSC team, for instance, has garnered 20,000 re-posts and over 145,000 ‘likes’.

Let’s give these 4 the attention they deserve. #ShanexJeffree #Conspiracy 👁🖤 pic.twitter.com/RCCJ7JArlT