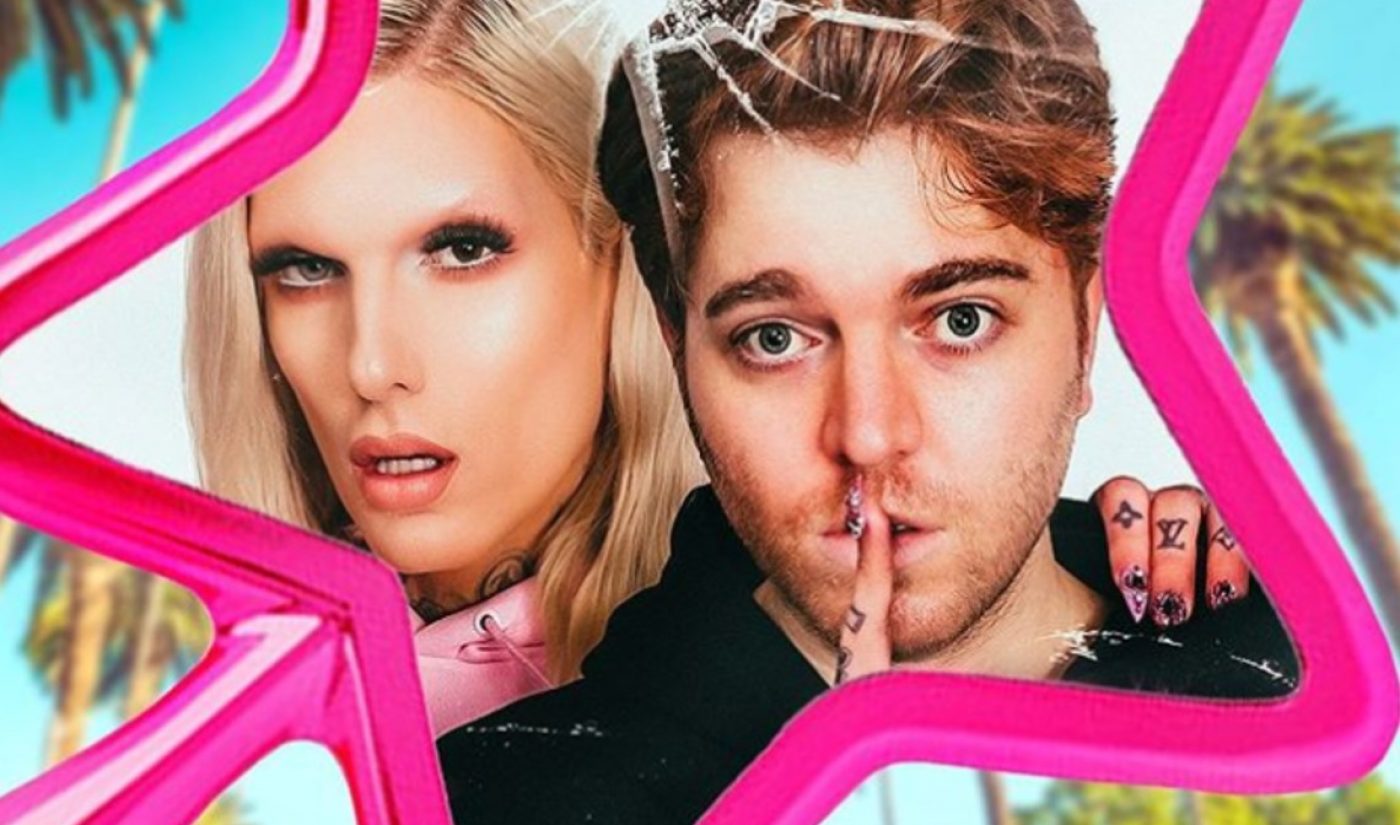 In the latest episode of The Beautiful World Of Jeffree Star, docu-host Shane Dawson unveiled the full rundown of the beauty collection he’s releasing in partnership with his subject. The duo also announced a drop date. Though the collection will be conspiracy theory-themed, Dawson has opted to release the collection after Halloween, on Nov. 1, so as not to be perceived as a seasonal item but instead a year-round staple.

The collection’s hero item is an 18-shade ‘Conspiracy’ eyeshadow palette, as well as a mini nine-shade ‘Controversy’ palette. In terms of lips, there will be six liquid lipsticks and one clear gloss — which Star says will also serve as a hero item. The makeup products will be accessorized by a pig-shaped makeup mirror and several pig-shaped makeup bags.

Star and Dawson unveiled the slate on a call with retail partner Morphe, which, in order to vend the items exclusively in its stores (the collection will also be available on Star’s website) committed to ordering between 350,000 and 500,000 eyeshadow palettes — across both the ‘Conspiracy’ and ‘Controversy’ sizes — for which it projected between $14 million and $20 million in total sales. Morphe also committed to ordering 90,000 total liquid lipsticks, but did not provide a forecast for the glosses, which was an unknown addition to the lineup that it nevertheless believes will be a massive hit.

Both orders were far above the projections that Star’s team assumed Morphe would make at the outset of the series. Additionally, Morphe appeared to commit to sponsoring Dawson’s YouTube series in some capacity, as well as hosting in-store activations and personal appearances with the dynamic duo.

On top of Morhpe’s order, episode four of The Beautiful World (below) also delved into how many palettes Star’s team would be ordering for sale on the Jeffree Star Cosmetics website. The company said it planned to order between 250,000 and 300,000 of both the Conspiracy and Controversy palettes — its biggest bet to date. For reference, Star’s top-selling Blood Sugar palette debuted with an order of 100,000 units, he says.

“When we launched Blood Sugar, we had 100,000 units and they were gone instantly,” Star deadpans. “We’re ordering a year’s worth of last year’s Blood Sugar in one f-cking day.”

Star’s team projects that, all told, Morphe would be conducting $17.5 million in in-store sales. And, if the products sell out on Star’s website, the team estimates that the collection could make an additional $17.5 million — for a total of $35 million in revenues. Dawson’s cut of the action, if the collection sells out (and not counting re-orders), could be around $10 million — which he notes is more money than he’s ever made in his 11 years on YouTube. (Previously, Star had said that Dawson could make $5 million on the Conspiracy palette alone, though that was before the Morphe talks and the reveal of the other items in the collection).

You can check out episode four of The Beautiful World Of Jeffree Star right here: