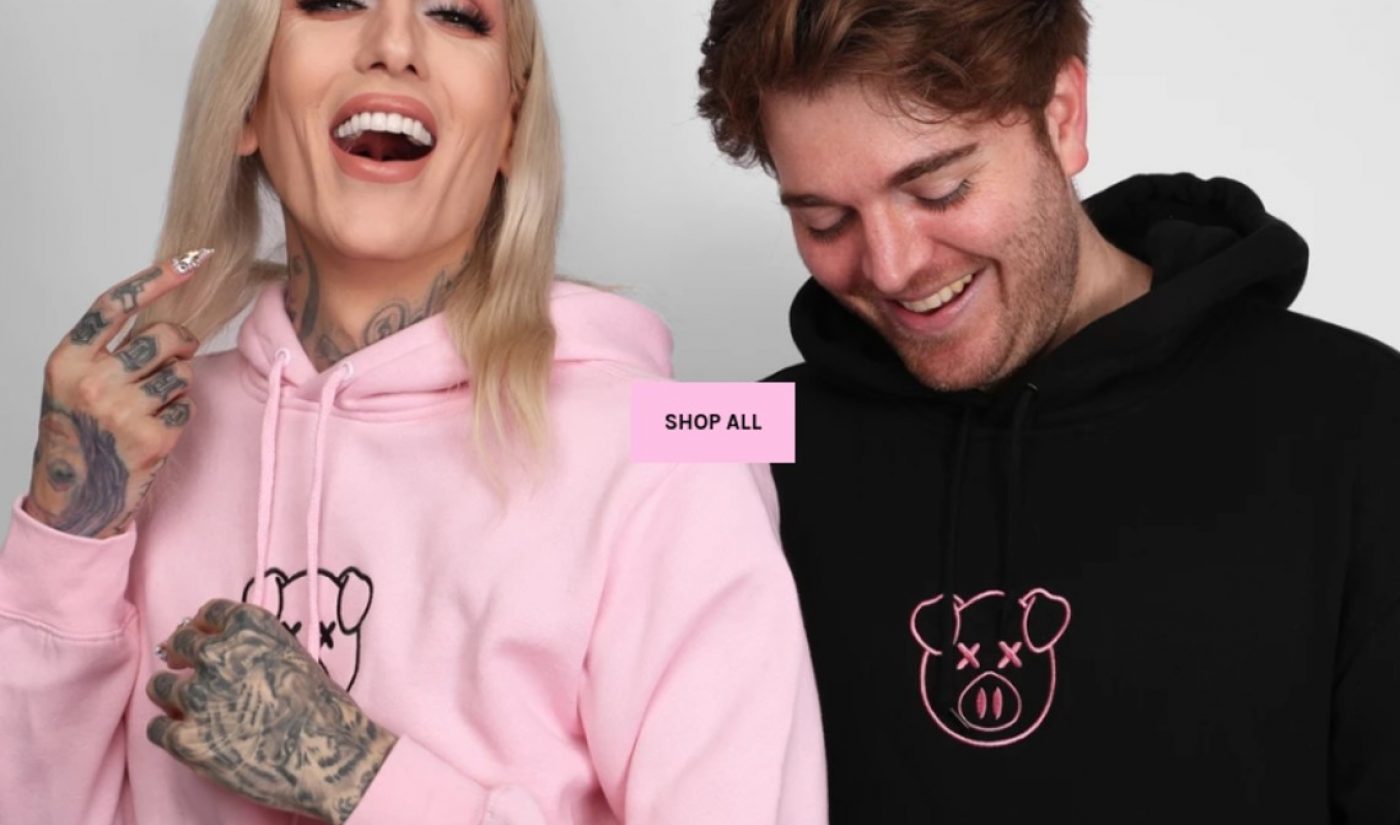 The Jeffree Star-ification of Shane Dawson is in full effect.

Amid the rollout of their second docuseries, of which three episodes are available to date, Dawson has launched a new online merch storefront with Killer Merch, a production and distribution firm in which Star is a co-owner, and which supplies merch services for other celebrities like Kevin Hart, Lil Dicky, and the Tiny Meat Gang. Dawson appears to have previously worked with Amazon on his merch — a partnership he bemoaned in The Beautiful World Of Jeffree Star, after Star promised him a more advantageous earnings split.

An assortment of 15 products — including tees, fleece, accessories, and head-wear — went on sale today. Myriad designs were available — a crudely animated pig, a Ouija board-inspired graphic, and items that read both ‘Oh My God’ and ‘Editeaing’. Products ranged in price from $18 for a phone case to $80 for a pig-shaped backpack. (A pig-shaped mirror, which has been teased extensively on social media, will likely launch with a forthcoming makeup collection that Dawson is readying with Star for the holidays. Unlike the Killer Merch products, that mirror as well as eyeshadows, liquid lipsticks, and other makeup items will launch via another company owned by Star, Jeffree Star Cosmetics).

On the online store, items are modeled by Star, Dawson, and the rest of his crew — including filming/editing partner Andrew Siwicki, fiance Ryland Adams, and Adams’ sister, Morgan.

Stunningly — though probably not surprisingly — all of Dawson’s products sold out in under an hour. That feat goes to show the immense marketing power of the docuseries that he and Star are rolling out — which is ostensibly a peak behind the curtains at the online beauty industry but also feels explicitly like a commercial for all of the forthcoming products that the duo tease at length (as they also discuss the millions of dollars that they foreshadow making in the process).

It remains to be seen if and when a re-stock of Dawson’s merch store is slated. Earlier, Star tweeted: