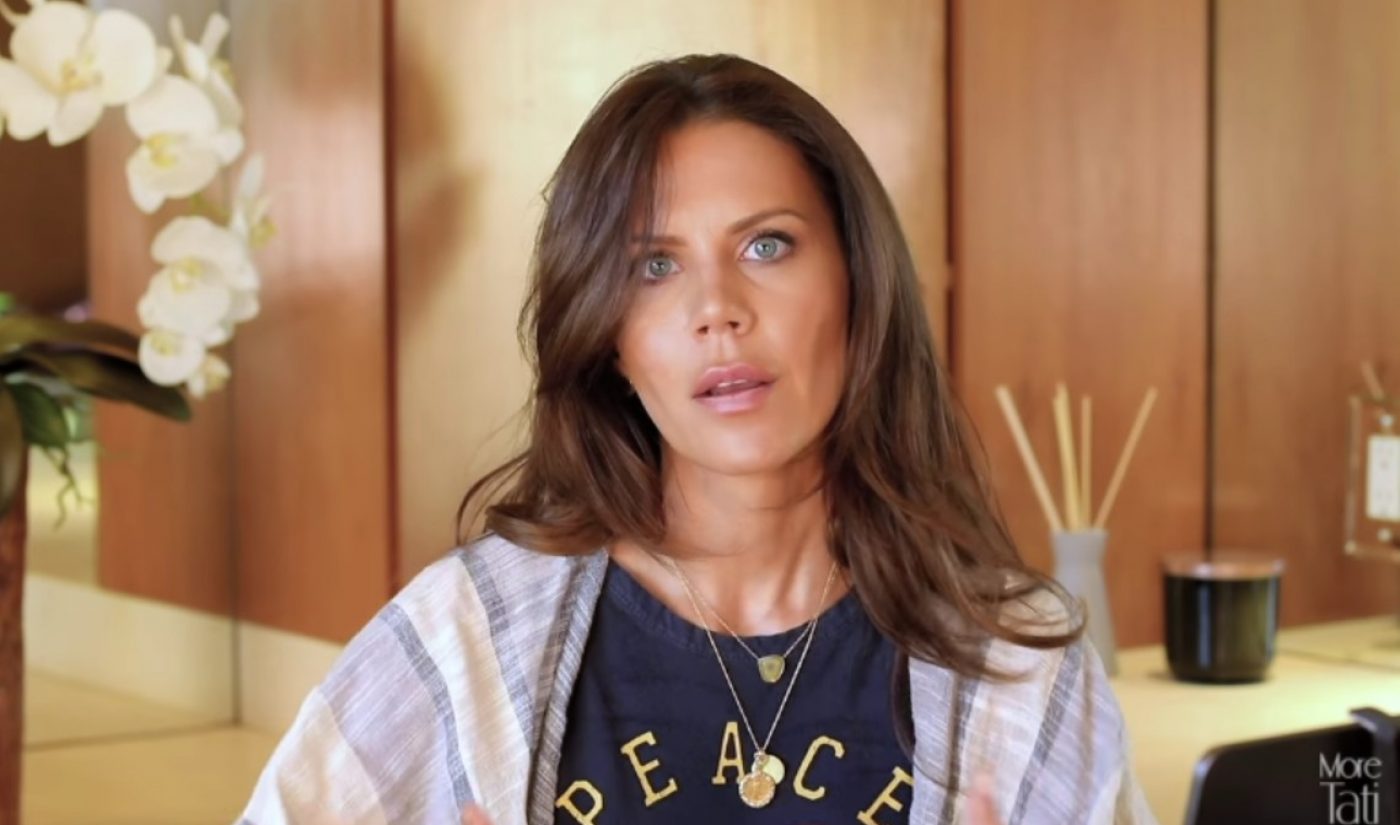 In an explosive forty-minute video — marking her return to YouTube after a two-month absence — beauty vlogger Tati Westbrook is shedding new light on her now-infamous feud with James Charles, which ignited the beauty community last year, and saw Charles lose millions of subscribers while dealing a substantial blow to his reputation.

Last May, in a video titled Bye Sister, Westbrook accused Charles of being a disloyal friend with an outsized ego, and for attempting to use his fame to seduce straight men. (Westbrook says she deleted the Bye Sister video shortly after publishing it at YouTube’s request, because the platform said it wasn’t a good look). Today, however, Westbrook alleges that Shane Dawson and Jeffree Star “used, coerced, and manipulated” her into making the Bye Sister video because they wanted to destroy Charles’ career.

Dawson, for his part, denied allegations that he orchestrated the Bye Sister video in a since-deleted memo posted to Twitter last week, where he announced his departure from YouTube’s beauty community, explaining that the drama had become too much to bear. Westbrook, for her part, says Dawson’s claim that she made the video on her own was defamatory, and that she’s still within the statute of limitations to file a civil suit seeking damages to her businesses and mental and physical health.

In Westbrook’s latest video, Breaking My Silence, she read from a statement at the advice of legal counsel. She warned that, in time, she will release text messages and voice memos to prove that she had been manipulated into her takedown video at Dawson and Star’s behest. Westbrook alleges that Dawson and Star sought to dismantle Charles’ career because they were jealous of his success, including his massive merch business — which was formerly affiliated with Star’s Killer Merch operation — and his aspirations to make a documentary about the beauty community, which would’ve presumably competed with Dawson’s work.

“It’s now my opinion that Jeffree and Shane were both bitterly jealous of James Charles’ success,” Westbrook said. “Jeffree resented that so much of his business was centered around his biggest rival, and Shane did not like that James Charles wanted to make a documentary…It’s also my opinion that Jeffree and Shane needed James marginalized and out of the way for their November launch of the Conspiracy palette, along with Shane’s merch.”

“This is a f-cking lie,” Dawson responds in deleted tweet.

Westbrook said she came to the conclusion that she’d been manipulated after clandestinely meeting up with Charles after the conclusion of Dawson and Star’s blockbuster docuseries, The Beautiful World Of Jeffree Star, in December. That series was initially billed as coverage of the inner-workings of YouTube’s beauty community, but ended up almost entirely focusing on the conception of a product collab between Dawson and Star — the aforementioned Conspiracy collection. After the series concluded, Westbrook and Charles reconciled, compared text messages from Dawson and Star, and decided to bring their findings to light at the appropriate time — which brings us to today.

Westbrook alleges that when she was friends with Dawson and Star, both fed her misinformation about alleged victims accusing Charles of sexual abuse — though none ever ended up coming forward, and no evidence ever emerged. Westbrook says Dawson told her he was interviewing alleged victims for his docuseries, and that he’d also offered to help her edit and title the Bye Sister video, which she declined. (Dawson has said he knew Westbrook had a video in the works, but had no involvement in its production).

As a result of the ensuing controversy, Westbrook says her mental and physical health have suffered, as well as her two businesses: vitamin brand Halo Beauty and color cosmetics upstart Tati Beauty. She says she has moved homes multiple times amid safety concerns, and has abandoned fertility treatments because her body has become too frail to support a pregnancy.

Shortly after Westbrook’s video went live, Dawson responded in a variety of social posts that have since been deleted, including a Tweet that read, “This is a f-cking lie and I’m losing my mind!!!!!!!!!!” Dawson also briefly went live on Instagram. “You are so manipulative,” he said as Westbrook’s video played in the background — specifically a portion where she discussed being a survivor of sexual assault. “You are fake crying. That is not real.”

Dawson’s fiance, the popular YouTuber Ryland Adams, also responded to Westbrook in a series of tweets.

creators backing her in the chance this all backfired. Shane very well WOULD have posted a video exposing James had he felt so inclined. No receipts because she didn’t want to expose the countless times she told Shane that she was a big girl doing this ONLY for herself