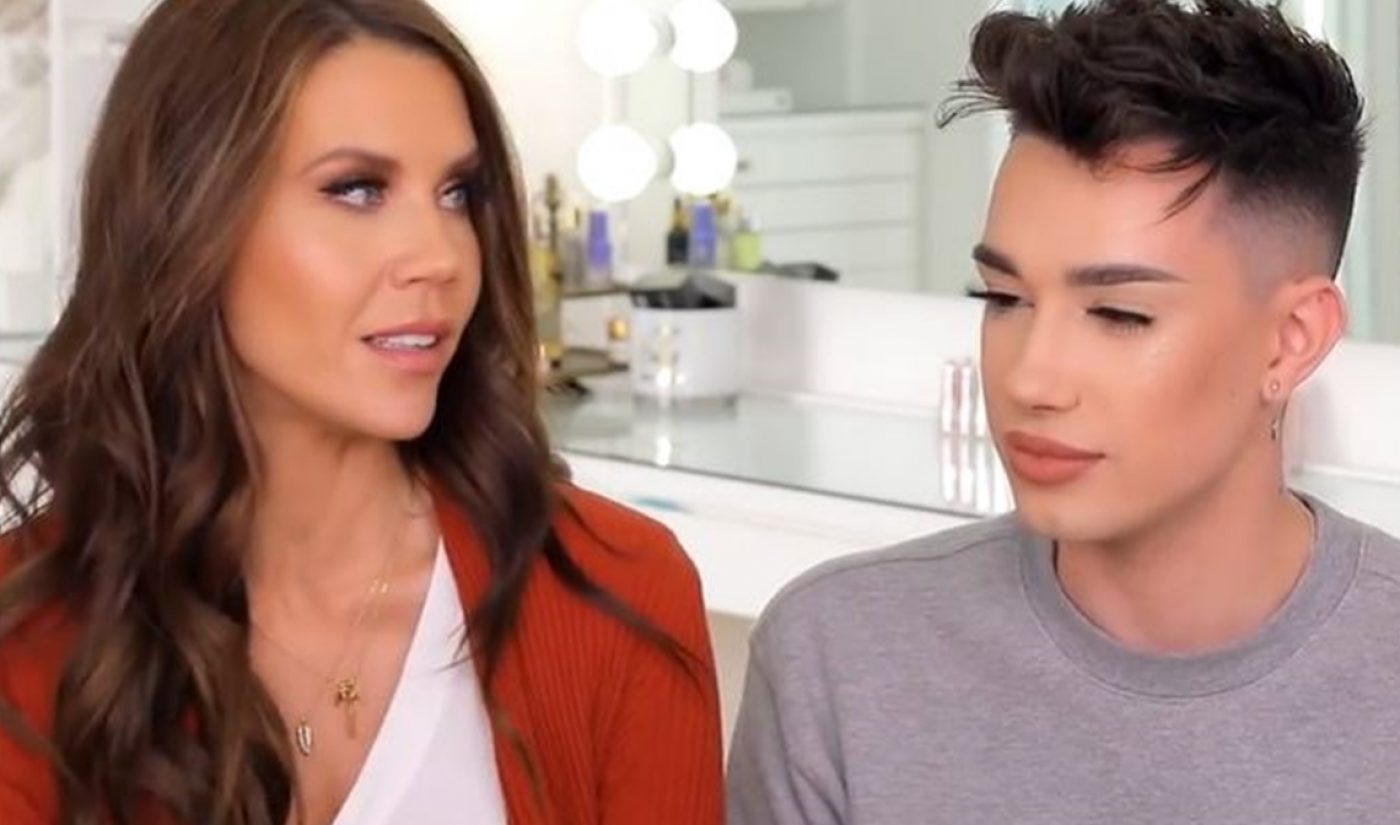 Friendship breakdowns within YouTube’s beauty community that result in career-denting scandals are nothing new.

Just ask Laura Lee and Manny ‘MUA’ Gutierrez, who lost hundreds of thousands of subscribers amid a conflict with fellow vlogger Jeffree Star last summer. While both Lee and Gutierrez ultimately returned to YouTube after a brief hiatus, and have forged onward with their respective career ventures and proprietary beauty brands, neither has reclaimed the legions of subscribers that they lost throughout that eruption.

On Friday evening, a similar kind of controversy rippled across YouTube — referred to by many within the beauty community as ‘Dramageddon II’ — involving the 19-year-old vlogging phenom James Charles and a former mentor, Tati Westbrook. Westbrook, 37, is a longtime beauty reviewer who also launched her own vitamin company called Halo Beauty last year. The conflict initiated between the two friends after Charles promoted one of Westbrook’s competitors, Sugarbear Hair, in a sponsored Instagram Story, which Westbrook saw as a betrayal.

Subsequently, in a 43-minute video that has now been viewed 33 million times, Westbrook described all of the help she has furnished throughout Charles’ meteoric rise — including providing invaluable exposure at the outset of his career and helping him to negotiate his astronomic Morphe palette deal — and detailed other grievances about the friendship. Beyond the vitamins, Westbrook also alleges that fame and power have gone to Charles’ head — to the point, she claims, that he has tried to use his celebrity status to convince straight men into being romantic with him (Charles is gay).

Westbrook’s Bye Sister video (above) dealt a devastating blow to Charles’ social following. On Thursday, before the video premiered, Charles was peaking at 16.6 million YouTube subscribers. Today, Charles has dipped to 13.8 million subscribers — a net loss of 2.8 million fans. The real-time depletion of Charles’ influence — as onlookers followed the numbers and many took glee in his channel’s downfall — illuminated the eerie democracy of YouTube fame. It also showcased the astute investment by fans in creators’ offscreen lives — given that the controversy precipitated from an interpersonal conflict, whereby fans swiftly served as judge and jury.

On Friday, Charles — who was in Australia for a personal appearance — attempted to stop the bleeding with an eight-minute video (33 million views), in which he didn’t delve into too many details but offered an apology to Westbrook and her husband, who is also named James. “I’m so disappointed in myself that I ruined a relationship that did mean so much to me, even if I didn’t do the best job of showing it all the time,” he said. “What sucks the most is I know there is nothing I can say or do to ever earn that friendship or trust back.”

That said, while Westbrook appears to have drawn a line in the sand with respect to the friendship, she isn’t taking any pleasure in the demise of Charles’ career . “I feel like I need to remind you that we can hold truth and inspire change without grabbing onto hate,” she wrote on Instagram last night. “Celebrating pain will only bring it to your door.”