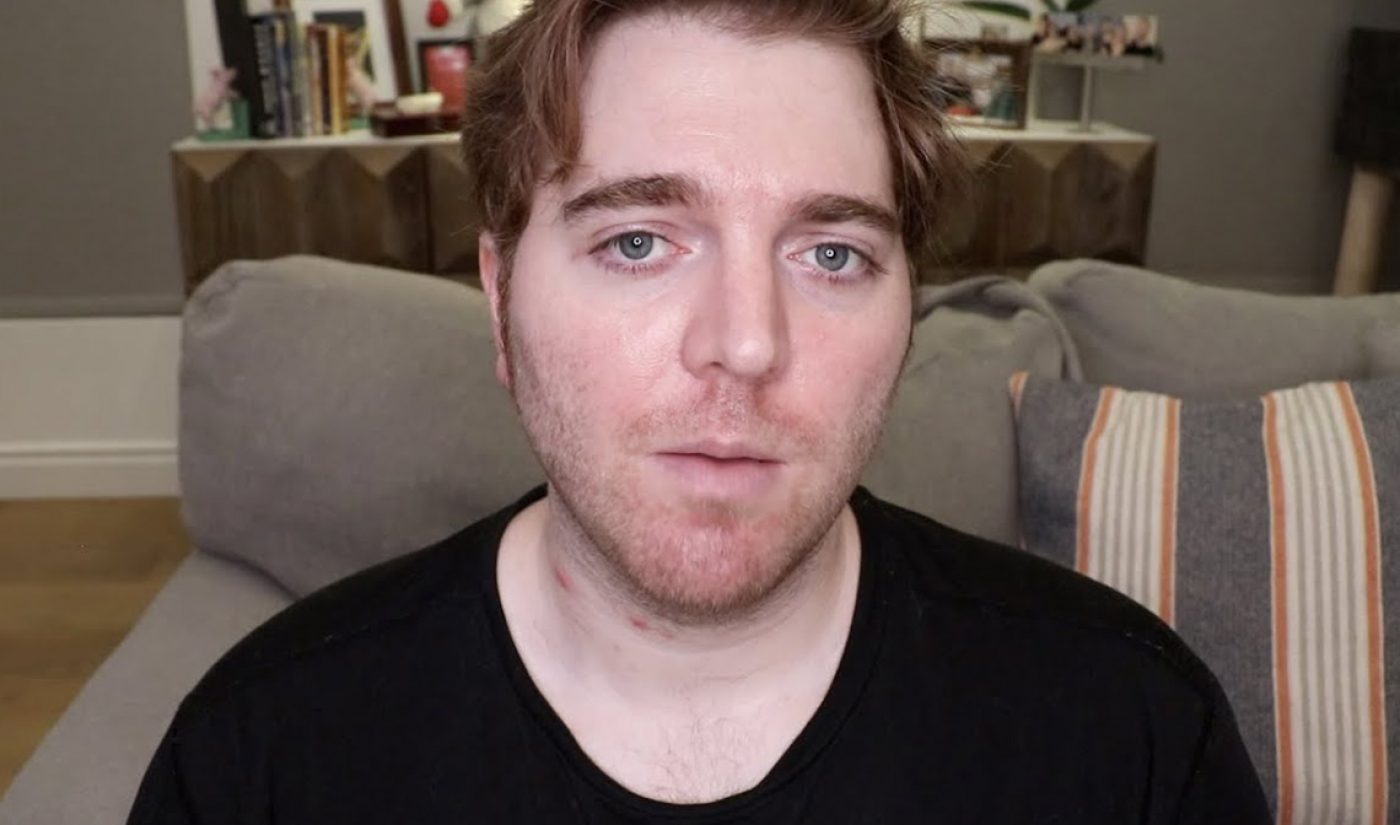 Dawson (who has 22.6 million subscribers and nets around 35 million views per month) posted his video June 26, telling viewers he was inspired by fellow creator Jenna Marbles’ June 25 apology for past blackface and racist language. “If you’ve been watching me for a while, then you know I have done a lot of things in my past that I hate, that I wish I could make go away,” he says in the 20-minute video. “Right now is very much a time of wanting people to be accountable, wanting punishment for people, and I agree.”

He apologizes for numerous instances of blackface, using the N-word, and playing racist stereotypes of Asian and Hispanic people in skits–mistakes he’s addressed before, but inadequately, he says. “I made a video six years ago talking about it, and I gave excuses, and I knew it was wrong, and I knew I never wanted to do it again, but I didn’t do the work,” he explains. “I didn’t actually look into the history of it and why people were so upset. My excuse—‘Oh, I was just being funny, I love black people, I’m not racist, I was trying to be funny’–all of that is stupid and wrong and I put that onto the internet as an adult. And that is insane.”

The videos in question were on Dawson’s first channel, Shane Dawson TV, which has 8.35 million subscribers. Dawson recently privated around 200 of the channel’s uploads, which together totalled around one billion views.

He also addresses several clips from his past podcast, Shane and Friends, which ran from 2013 to 2017. The production “is a source of so much awful shit for me, so many regrets for me,” Dawson says. “It just got to a point where I’m happy it ended because I wasn’t even myself.”

Chief among the Shane and Friends material he apologizes for is a series of comments (which first resurfaced in 2018) making light of pedophilia and child pornography. Dawson says a recording of the comments that circulated on social media “cut out all the parts where I said pedophilia is disgusting, and they put it together, and made it seem like I was talking about how it’s normal.”

Still, he says, “I shouldn’t have been joking about it anyway. Which is my problem. My fault.”

To Shane Dawson … I’m done with the excuses.

SHANE DAWSON I AM DISGUSTED BY YOU. YOU SEXUALIZING AN 11 YEAR OLD GIRL WHO HAPPENS TO BE MY SISTER!!!!!! IS THE FURTHEST THING FROM FUNNY AND NOT OKAY IN THE SLIGHTEST BIT.

Dawson did not directly address that video in his apology, and he hasn’t publicly responded to the Smiths’ tweets.

Another significant chunk of Dawson’s apology video was directed at the beauty community, which he claimed to be exiting June 21 with a now-deleted Twitter essay calling gurus “attention seeking, game playing, egocentric, narcissistic, vengeful, two-faced, ticking time bombs.” The essay was apparently in response to rumors that he, Tati Westbrook, and Jeffree Star conspired to tank James Charles’ career back in 2018.

Dawson’s essay specifically called Charles out, saying that he was a “young egocentric power hungry guru who needed to be served a slice of pie the size of the fucking Empire State Building.”

In his apology video (which is currently No. 7 on YouTube’s Trending tab and has 10.3 million views), Dawson said the comment was “immature and gross.”

“I am so sorry, and I know a lot of people were saying, ‘Well why did you say you’re leaving the beauty community? You were never in it.’ And you’re right,” he says. Dawson, in partnership with Star, released a single eyeshadow palette last year, the making of which was documented in his YouTube series The Beautiful World of Jeffree Star.

Unlike Marbles, he doesn’t appear to be taking a break from YouTube. Instead, he says that whatever his next project is, it’ll be “putting good into the world.”