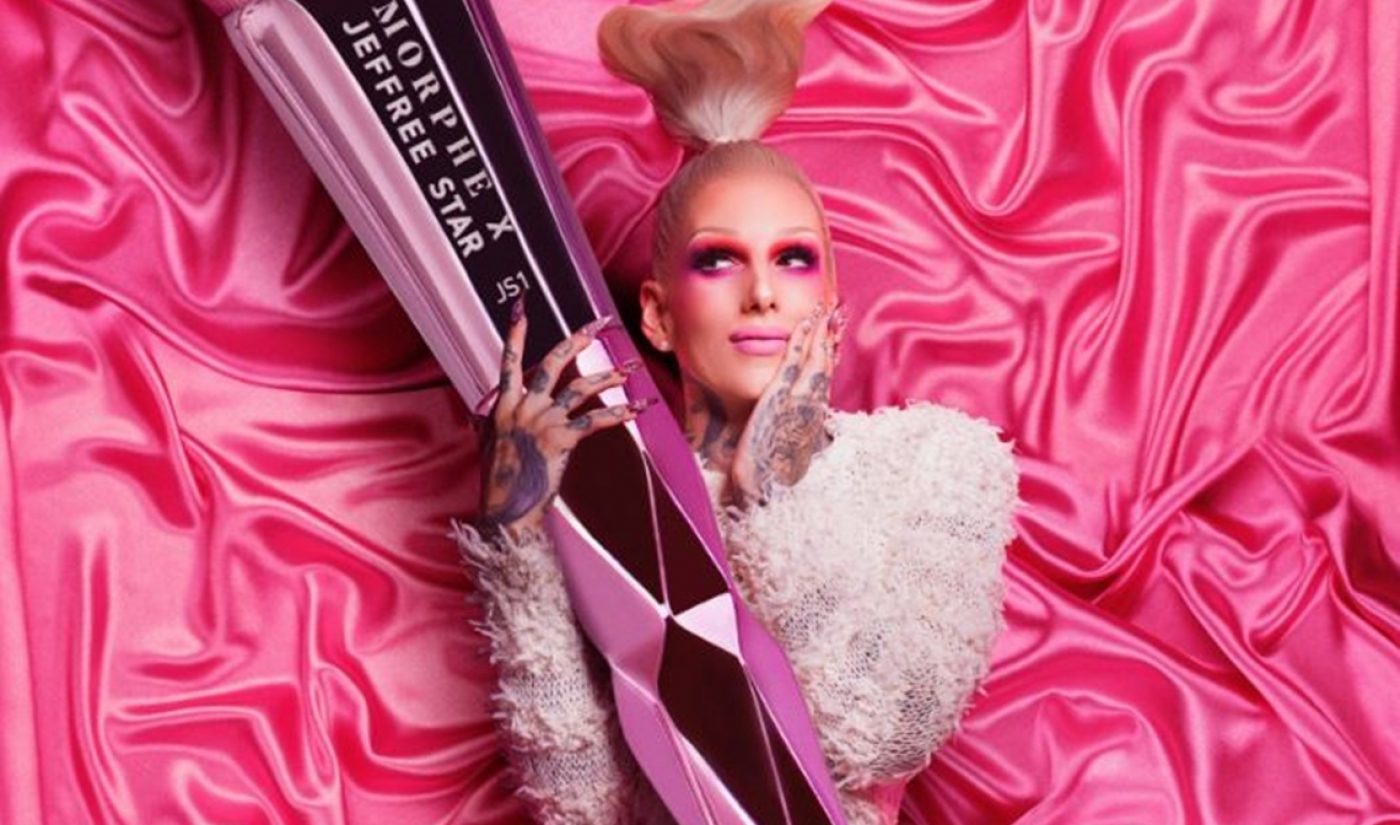 Morphe, an indie beauty upstart that has made a name for itself in associating with top YouTube stars, has announced its latest product collaboration.

Following blockbuster eyeshadow palette releases alongside Jaclyn Hill and James Charles, the company has linked up with beauty guru Jeffree Star (12.7 million subscribers) on a co-branded brush set. The natural and synthetic collection comprises seven tools in a custom bag, priced at $49 and dropping tomorrow on Morphe.com and within the brand’s retail storefronts nationwide. In addition to the brush set, Star — who owns his own beauty brand, which he said rakes in upwards of $100 million in revenues annually — is introducing a set of three makeup sponges, priced at $16 for the trio.

This isn’t Star’s first collab with Morphe, though it is the first product that he has co-created with the company. Star’s eponymous makeup brand, Jeffree Star Cosmetics — which touts a slightly higher price point — is sold in all of its retail doors.

“I’ve been getting so many requests from people to do brushes, so to be able to do them at a more affordable price where so many people can grab them is really exciting for me,” Star told Paper magazine of the launch. “They have such a reach with retail that I don’t have — I’m the ecommerce queen, but they have a whole other lane…They’re opening up so many retail stores, I think another 40 this year, so it’s like they’re a force to be reckoned with.”

While Morphe doesn’t disclose sales figures, its previous collabs have generated massive buzz — with the first run of Charles’ palette selling out in minutes on what he claimed was “the biggest sales day in Morphe history.” In addition to co-launching products with creators, who presumably take home a generous cut of any ensuing sales, Morphe works with influencers through its affiliate program, whereby creators share checkout codes with their followers and receive a percentage of any sales.

You can check out Star’s announcement video below: