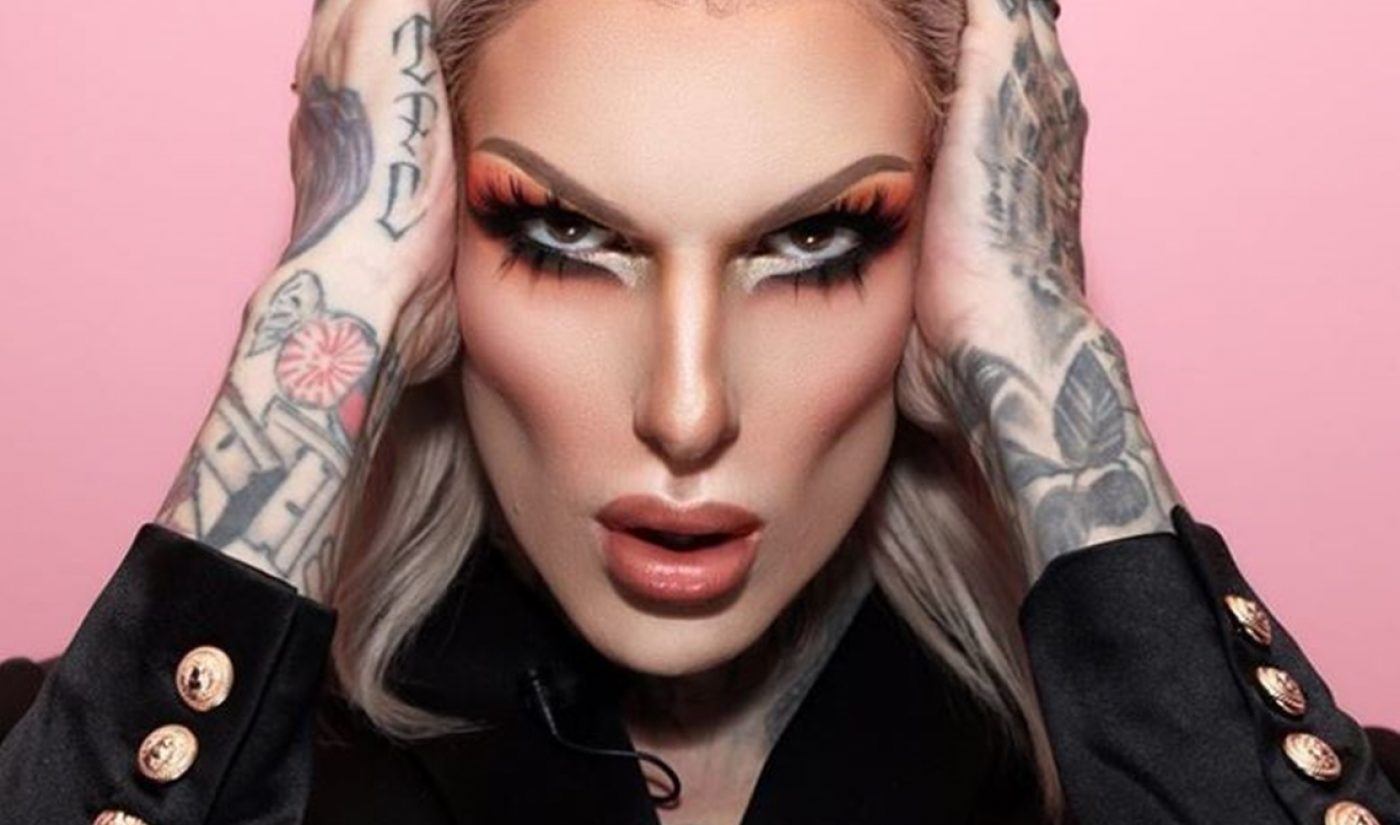 Jeffree Star, who is arguably one of the most influential beauty creators on all of YouTube — and who has harnessed the platform to tout his burgeoning cosmetics business — has surpassed 10 million subscribers after posting his first tutorials in Sept. 2015.

Star frequently shares beauty challenges and reviews on his channel — on which he also showcases various product launches from Jeffree Star Cosmetics, a business that reportedly rakes in hundreds of millions of dollars in annual revenue. Star shared that stat in a widely-acclaimed docuseries last month helmed by fellow YouTube creator Shane Dawson, whose five episodes have collectively garnered 81 million views. This, no doubt, helped push Star to 10 million subscribers — a feat he officially clinched on Saturday.

On Aug. 7, Star’s channel hit another milestone — 1 billion lifetime views — whereupon he claimed that he was only the second beauty creator in YouTube history to have achieved that honor after makeup prodigy Michelle Phan. To be fair, other beauty influencers, including Zoe ‘Zoella’ Sugg, have surpassed 1 billion lifetime views — though Sugg is based in the UK and her videos aren’t exclusively focused on beauty content.

In addition to the visibility bump from Dawson’s The Secret World Of Jeffree Star series — in which the 32-year-old provided a glimpse into his lucrative business, and shared about his painful past experiences with cutting and self-harm — Star is also currently at the center of a massive controversy consuming YouTube’s beauty community. On the heels of fallouts with former best friends Laura Lee and Manny ‘MUA’ Gutierrez, those two creators have lost hundreds of thousands of subscribers after Lee was found to have tweeted racist remarks in 2012, and Gutierrez was alleged to have been a fairweather friend to Star and other creators within the community.

For more on that tangled controversy, check out our coverage right here.