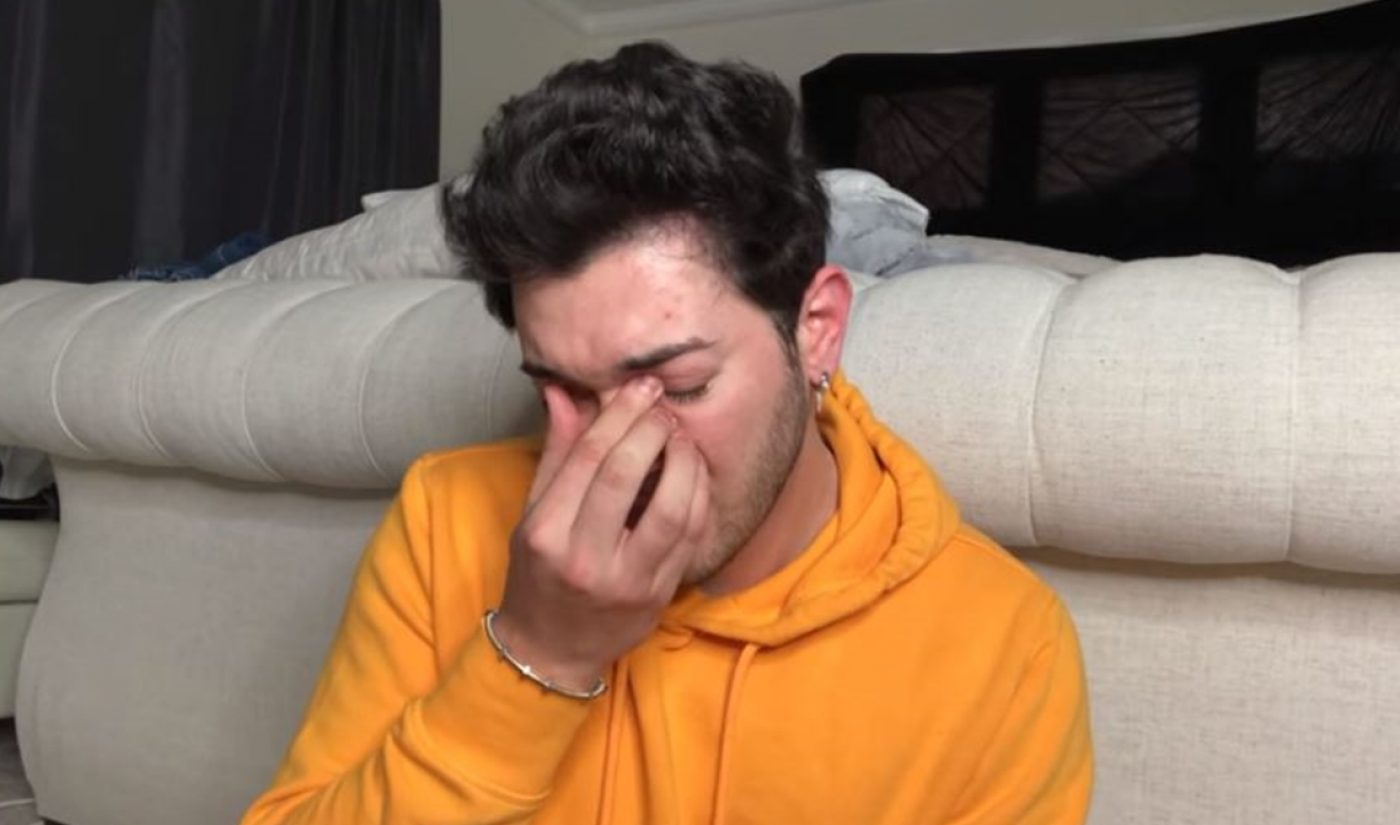 Five of the YouTube beauty community’s top creators are currently engulfed in a scandal that could have damning business ramifications for two of the vloggers involved.

The knotty controversy first stemmed from a rift between the five formerly close friends, with Jeffree Star on one side, and Manny ‘MUA’ Gutierrez, Laura Lee, Gabriel Zamora, and Nikita Dragun on the other. No one has yet shared why the friendships dissolved.

But after Zamora tweeted out a now-deleted photo of the four friends with their middle fingers raised and a caption that insinuated they were better off without Star in the crew — and, in separate missives, accused him of being a racist (Star reiterated his apology for using the N-word years ago in a recent Shane Dawson docuseries) — the tables turned.

Insensitive past posts from the other four friends suddenly came to light: Zamora and Lee had also used the N-word in now-deleted tweets, it turned out, while Gutierrez once bemoaned the fact that his Uber driver didn’t speak English on Snapchat. Dragun, for her part, made light of pedophilia, allegedly tweeting in 2012, “I’m not saying your child is ugly, I’m just saying you will never have to worry about pedophiles.”

At first, Lee seemed to be bearing the brunt of the backlash, losing 240,000 subscribers in roughly one week after an apology video she shared was met with widespread disdain. She seemed to be fake-crying, commenters remarked en masse, and didn’t appear to be taking responsibility for her offensive statements. To date, Lee has lost upwards of 480,000 subscribers — down from a career high of 5 million on Aug. 12, according to SocialBlade. She also reportedly lost a potentially lucrative distribution deal with Ulta for her nascent makeup line, Laura Lee Los Angeles.

Now, however, the hate storm appears to have settled on Gutierrez — though the accusations against him are slightly more nebulous and personally-charged. In a widely hailed 50-minute video from Zamora on Tuesday (embedded above) — in which he apologized for using the N-word, and apologized to Star — Zamora also accused Gutierrez of being a fairweather friend. And then, in a response to that video, Gutierrez concurred with these claims, and said his poor communication skills had led to the dissolution of his friendships with both Star and another prominent male beauty vlogger, Patrick Starrr.

Gutierrez, who peaked at 5,346,963 subscribers on Aug. 11, has been shedding fans rapidly in the wake of the scandal — to the tune of roughly 250,000 to date. SocialBlade notes Gutierrez is currently losing an average of 3,891 subscribers per day, while Lee is still being hit the hardest by far, with a daily average of 11,992 losses. Gutierrez also recently launched his own makeup line, dubbed Lunar Beauty, and it remains to be seen how the fallout will impact that venture.

For his part, Zamora had been losing subscribers until he posted his apology video on Tuesday, whereupon he promptly regained a staggering 200,000 subscribers. And Dragun, who has remained relatively mum thus far, also seems to be gaining subscribers in the wake of Zamora’s apology — in which he called her out as a “ride or die friend” — to the tune of roughly 9,000 new subscribers over the past two days.

Check out Gutierrez’s apology below. “I will be taking a break after this video is published,” he wrote in the description, “to really reflect on the things I have said.”