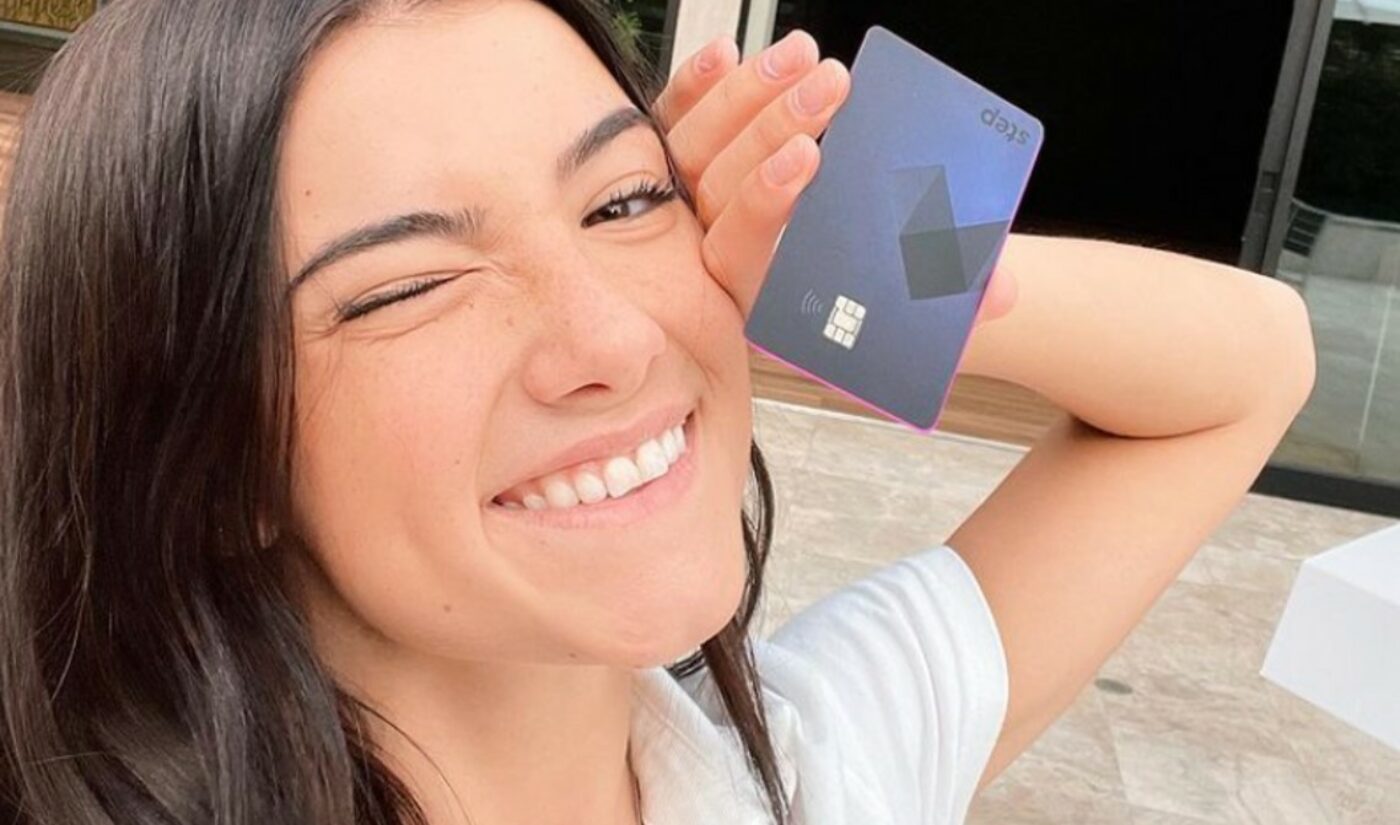 Charli D’Amelio is taking her relationship with the teen and family-focused financial startup Step to the next level.

The 16-year-old is one of the investors in the company’s most recent $50 million Series B funding round, which was led by Coatue Management and also featured participation from Stripe, Crosslink Capital, Collaborative Fund, Will Smith’s Dreamers VC, Justin Timberlake, The Chainsmokers, Eli Manning, Kelvin Beachum, Larry Fitzgerald, and Andre Iguodala.

All told, two-month-old Step — which, has raised more than $75 million in venture funding to date — offers users free bank accounts, spending cards, and a peer-to-peer payment platform that enables teens to send and receive money instantly. The company says it doesn’t charge fees so that teens can start building credit earlier, and also offers tools to encourage financial literacy from a young age.

D’Amelio was named the face of Step in October, and the company said that she is “hoping to play a more active role in helping to close the financial literacy gap” by sharing money management lessons with her legions of followers (including 102 million TikTok followers). D’Amelio has already proven her immense prowess as a brand ambassador for the likes of Invisalign, Dunkin’ Donuts, Hollister, and Morphe.

“As a Step partner and customer, I’ve been able to see firsthand how easy Step makes it to manage your money while providing the educational resources that today’s teens need but have largely been unable to find — myself included,” D’Amelio said in a statement. “I’m excited to be able to use my platform to help close this gap and have made a direct investment in Step to help them develop even more useful products.”

With the new funding round, Step said it plans to grow its team — which has already doubled in size since the start of the pandemic. The company was founded by financial veterans CJ MacDonald and Alexey Kalinichenko in 2018, and will welcome Coatue’s Michael Gilroy to its board in the wake of the investment.