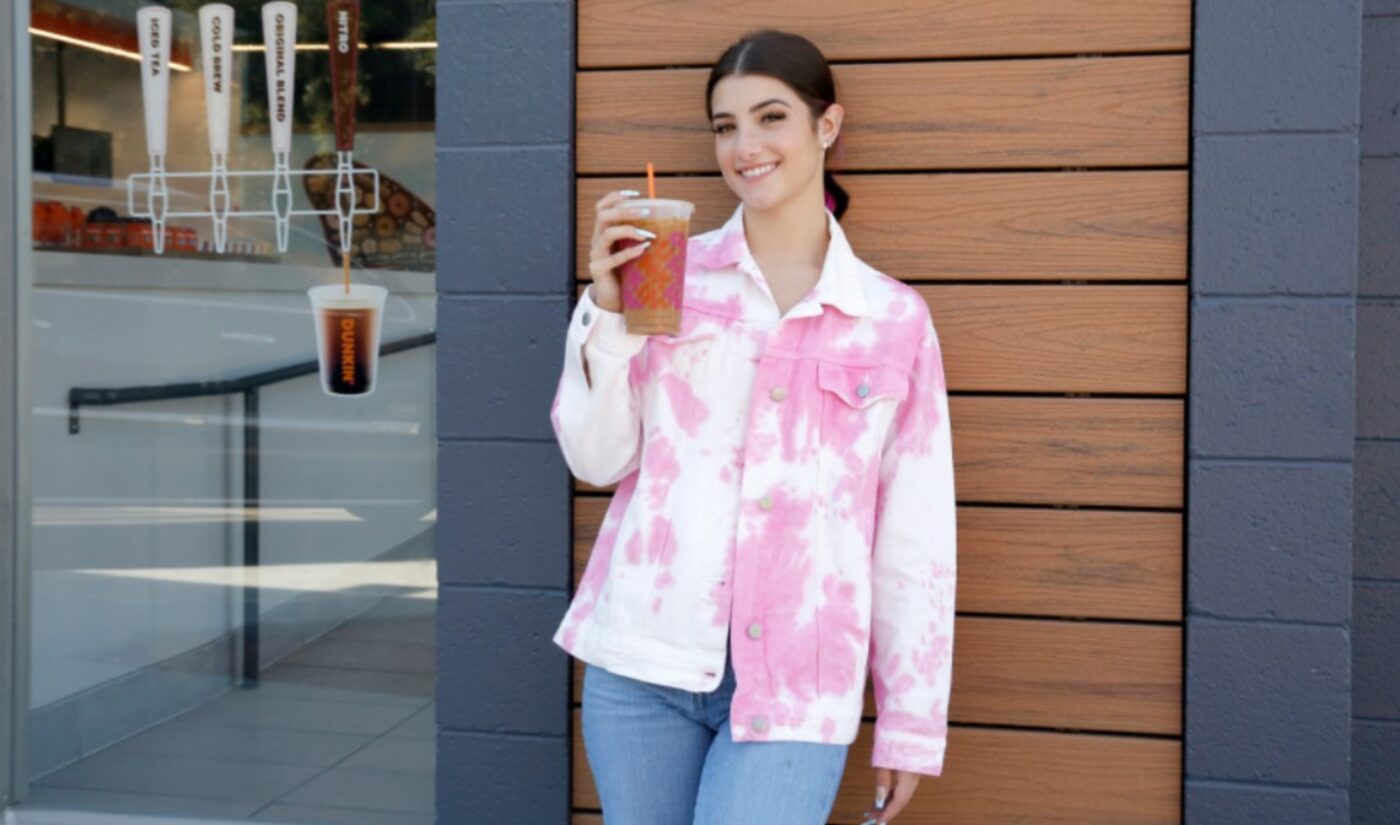 Charli D’Amelio‘s penchant for Dunkn’ Donuts coffee is well-documented on TikTok for her 80 million followers, where she regularly shares clips of herself indulging in a caffeine fix.

And now, in a savvy brand move by the coffee and baked goods chain, Dunkin’ is bringing D’Amelio’s signature drink order to its menu at storefronts nationwide: a Dunkin’ cold brew with whole milk and three pumps of caramel swirl. ‘The Charli‘, as the drink has been dubbed, is available at Dunkin’ restaurants as well as for preorder on the chain’s proprietary mobile app.

The partnership smacks of a similar deal between David Dobrik and Chipotle, in which the Mexican restaurant enabled fans to order their burritos according to the YouTube luminary’s specifications in honor of National Burrito Day.

The pact between D’Amelio and Dunkin’ also comprises a contest, launching Sept. 9, in which fans are being invited to post an Instagram photo with the hashtag #CharliXDunkinContest. On Sept. 19, which happens to be the 10th annual National Dance Day, five lucky winners will receive a virtual hangout with D’Amelio, where she will furnish tips about TikTok content creation. The sixteen-year-old will also be taking over Dunkin’s social channels throughout the month of September, with the company creating an original song inspired by ‘The Charli’ for fans to dance to on TikTok.

“Everyone knows that Charli runs on Dunkin’, and now Dunkin’ runs on Charli,” Drayton Martin, Dunkin’s VP of brand stewardship, said in a statement. “This is the partnership fans have been rooting for since Charli first danced onto TikTok with her Dunkin’ cold brew in hand. Charli is one of our biggest fans and the feeling is mutual. We’re thrilled to finally make it official and make it easy for people to run on Dunkin’ just like Charli.”

D’Amelio has recently fronted other brand campaigns for Morphe and Hollister.