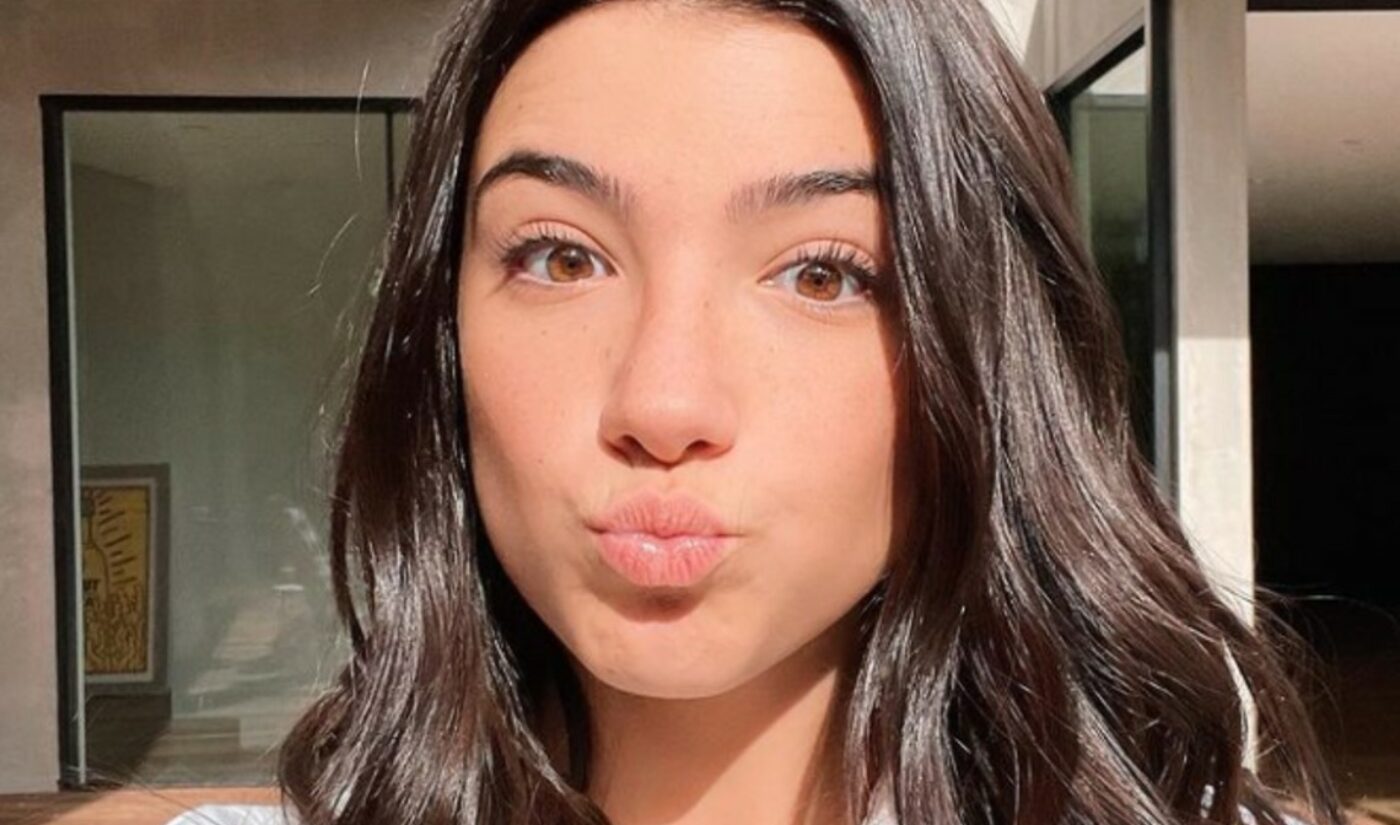 Charli D’Amelio has realized a distant TikTok dream — surpassing 100 million followers on the app within roughly one-and-a-half years, having launched her TikTok channel in May 2019.

“It’s literally insane,” D’amelio said in a TikTok video to fete the occasion, in which she hosted a Zoom meet-and-greet with several of her fans (below). “I’m excited to see where this journey goes from here.” On D’Amelio’s behalf, TikTok is also donating $100,000 to American Dance Movement — a nonprofit dedicated to improving and increasing access to dance education in the United States — with $10,000 going to 10 different dance schools across the country.

D’Amelio is a former competitive dancer who has become renowned for her abilities on the app. Her massive following has also made possible several big-ticket brand collaborations with the likes of Hollister, Morphe, Invisalign, and Dunkin’ Donuts. D’Amelio also hosts a podcast with her older sister, Dixie — a huge TikTok star in her own right with 35 million followers. She is also the author of a forthcoming autobiographical advice book called Essentially Charli.

Charli and Dixie — along with their parents, Marc and Heidi — are en route to building a full-fledged family entertainment empire. Last month, former UTA digital co-head Greg Goodfried departed the agency to work with the D’Amelio family full-time. The family counts 1.2 million subscribers on a collective YouTube channel, and reportedly have a reality television series in the works.

@charlidameliothank you so much to everyone who joined these zooms and stay tuned for more of these!! it was so much fun talking to you all!!!♬ original sound – charli d’amelio