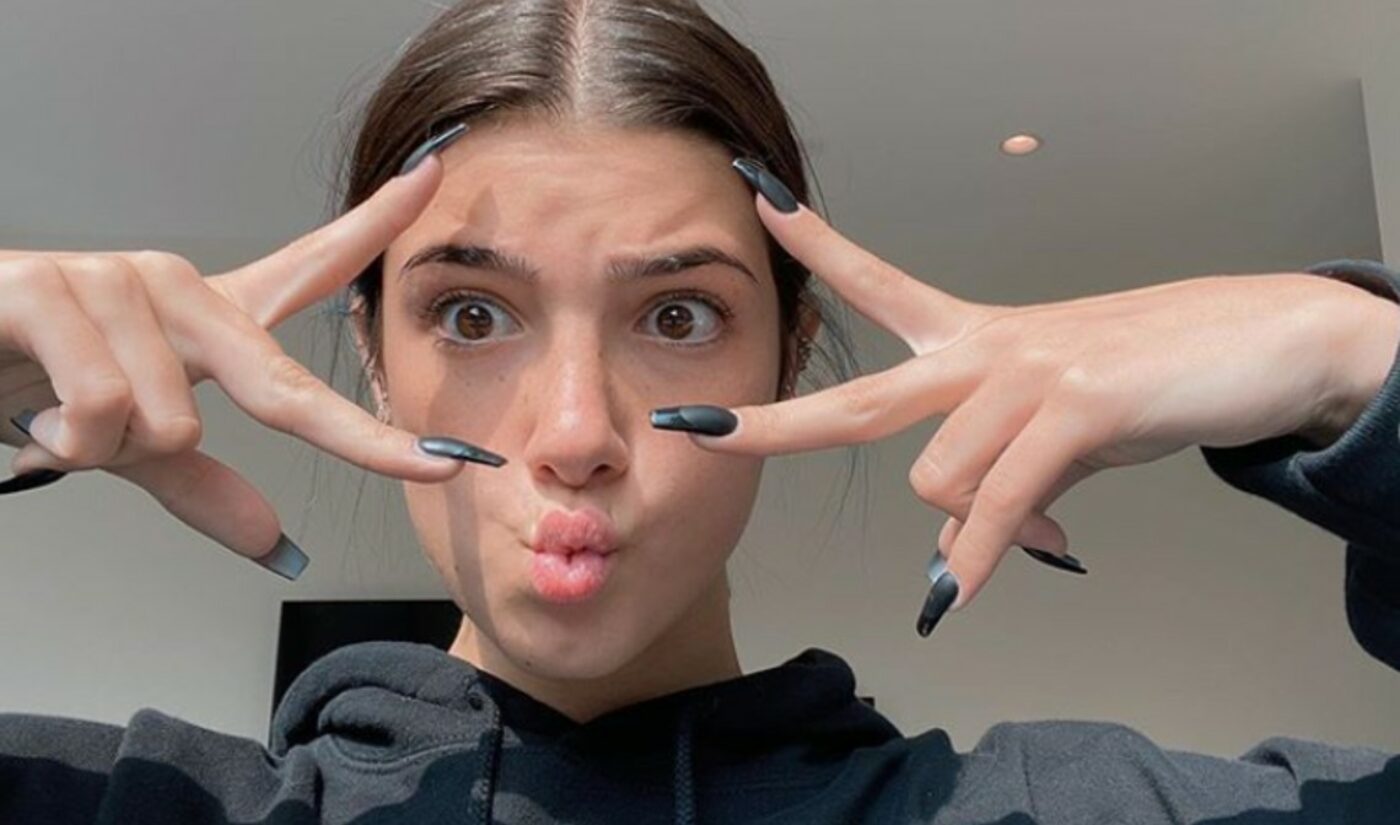 The D’Amelio family — and specifically youngest daughter Charli — are turning out to be a massive booster for brands.

The wholesome 16-year-old and former competitor dancer is the most-followed creator on TikTok by leaps and bounds, with 95 million fans. And she has channeled this influence into myriad brand partnerships, including being named ambassador for a new Gen Z-aimed Morphe sub-brand, the face of Gen Z-Focused financial startup Step, and linking up with Dunkin’ Donuts on a signature drink, which sold hundreds of thousands of cups and significantly bolstered app downloads.

Now, CNN reports that Invisalign parent company Align Technology — maker of the transparent, teeth-adjusting devices — blew past Wall Street forecasts in the third quarter. And this was in large part due to D’Amelio. Align said that sales of its Clear Aligners — which D’Amelio helped promote to her legions of young followers — were up 26% year-over-year in terms of teenagers to 162,700 cases, significantly lifting overall revenues. Accordingly, CNN notes that the stock surged 35% following the earnings report to make it the best-performing stock in the S&P 500 by a long-shot yesterday.

In a release, Align CEO Joe Hogan sang D’amelio’s praises — as well as her campaign co-star Marsai Martin of ABCs’ hit sitcom Black-ish. For her part, D’Amelio joined the company’s so-called #SmileSquad of influencers in August, and began chronicling her process using the product.

“We saw strong response to our new teen and mom-focused consumer campaign with 118% year-over-year increase in total leads, an uptick in consumer engagement from new social media influencers like Charli D’Amelio and Marsai Martin, and a 25.6% year over year increase in teenagers using Invisalign clear aligners,” Hogan said. “Our overall revenue momentum has continued into October.”