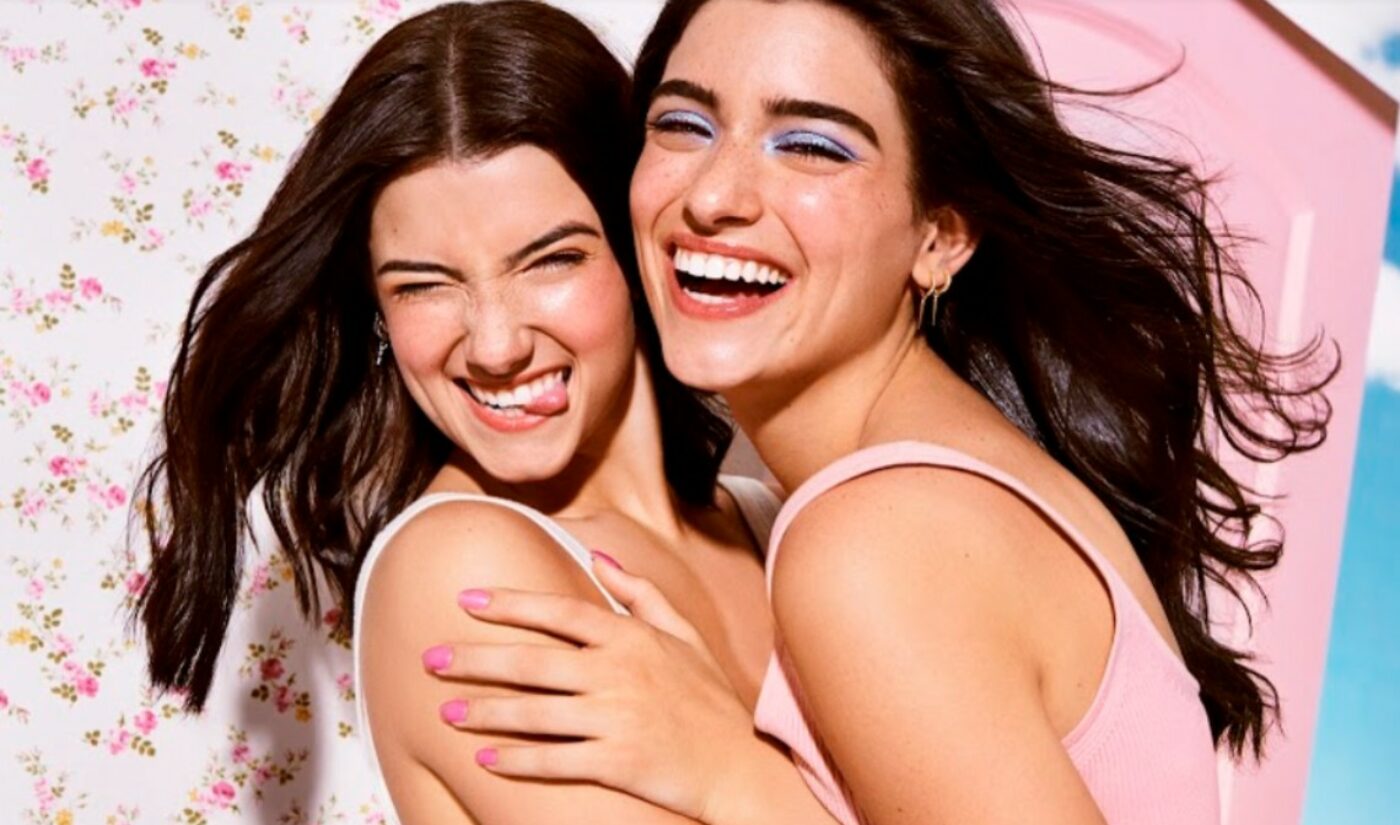 Countless influencers — like James Charles, Jaclyn Hill, and Maddie Ziegler — have launched their own product collaborations with influencer-attuned beauty brand Morphe. Now, Charli and Dixie D’Amelio — two sisters who have rocketed to fame for their stylings on TikTok — will be the faces of the cosmetics giant’s first-ever sub-brand, Morphe 2.

Launching on July 30, Morphe 2 will target a younger, Gen Z demographic that prefers more minimal makeup than can be achieved via the flagship Morphe line. After its launch on Morphe.com, Morphe 2 will roll out to Ulta stores and Ulta.com on Aug. 2. Morphe 2 will comprise multipurpose products — including face tints, lip oils, face and eye glosses, and jelly eye shimmers — ranging in price from $9 for the lip oils to $24 for a four-piece brush set.

As brand ambassadors, the sisters — who are partnering with a cosmetics brand for the first time — will be promoting Morphe 2 on their social channels (Charli counts 72.4 million TikTok followers, while Dixie has 30 million followers), using the products in videos and tutorials, and speaking to press. You can check out a promo video below.

While its work with influencers has turned Morphe into the powerhouse it is today, digital creators have also been a source of controversy for the brand. Earlier this month, for instance, Morphe ceased all commercial affiliations with Jeffree Star and his eponymous brand, Jeffree Star Cosmetics, as the two were previously product collab and retail partners. The move came after numerous influencers pulled their Morphe affiliate codes, presumably due to the company’s affiliation with Star.

Just prior to that, Morphe stopped selling the quick-selling Conspiracy Collection, created by Star and Shane Dawson, after numerous videos of Dawson donning blackface and making pedophilia jokes came to light.