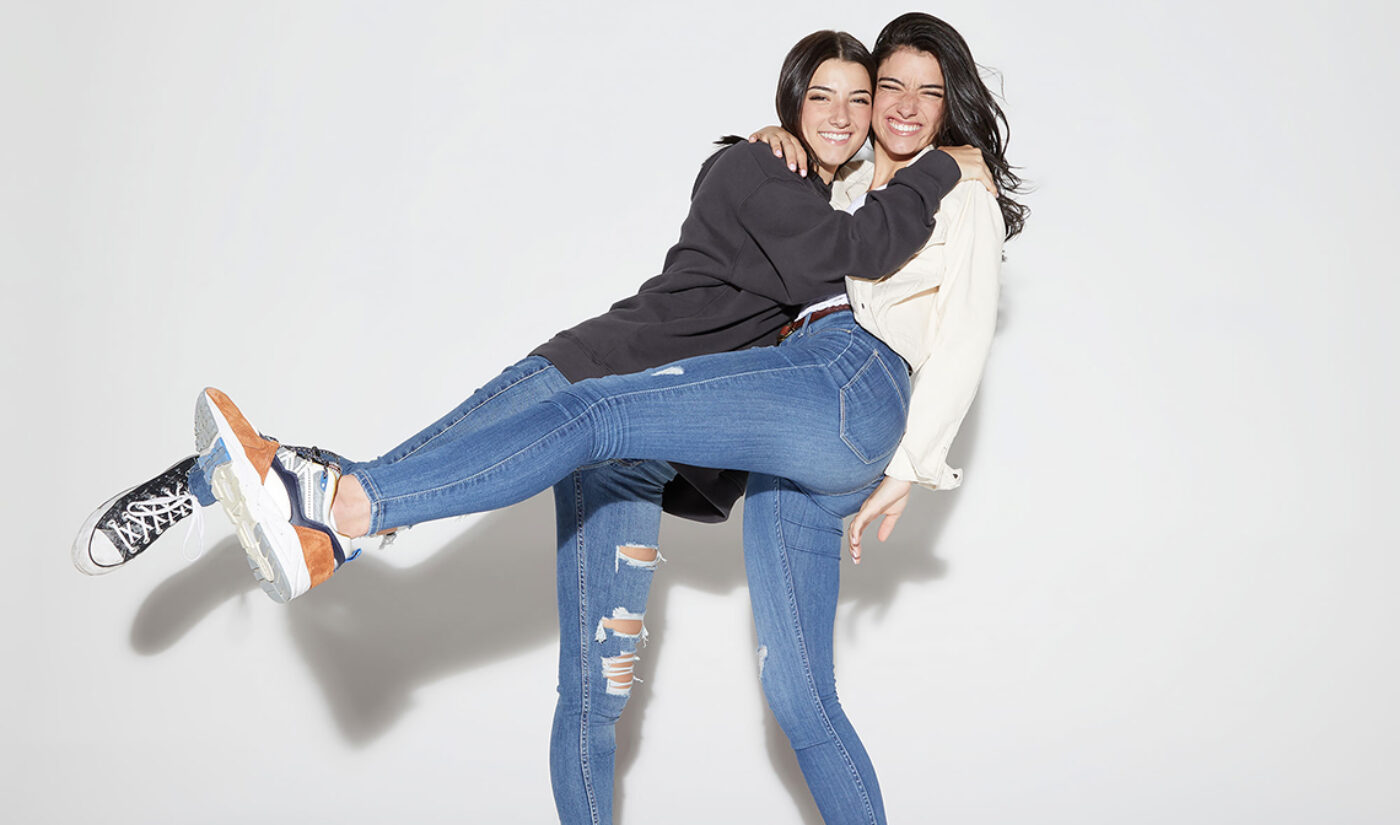 TikTok star sisters Charli and Dixie D’Amelio have helped their new brand partner, Hollister, rack up 2.5 billion views on the platform in less than a week.

They, along with fellow creator Noah Pugliano and science guy Bill Nye, are the faces of the clothing company’s back-to-school ad sweep, Jeans Lab. The campaign launched July 16, plastering TikTok with ads where the D’Amelios and Pugliano stress test Hollister’s various jean makes and models by (what else?) dancing.

But that 2.5 billion doesn’t actually count the views generated by the ads themselves. See, the whole Jeans Lab launch also comes with a tempting twist for TikTok users: If they make their own dance video copying Charli’s choreographed routine (below) and hashtag it #MoreHappyDenimDance and #HCoContest, they have a shot at winning a virtual, one-on-one meet-and-greet with Charli and Dixie (who, with 73.1 million and 30.4 million followers, respectively, are two of TikTok’s biggest names).

The resulting swell of videos from entrants has netted 2.5 billion views for the #MoreHappyDenimDance hashtag, and 53.2 million for #HCoContest. In six days.

To illustrate just how nuts that is, the hashtag for Chipotle’s popular #Boorito campaign, featuring David Dobrik, brought in 3.9 billion views in four months.

Of course, all these figures come with the caveat that we don’t know how TikTok calculates views. When Chipotle dropped its figures, Bloomberg pointed out that #Boorito was deployed only in the U.S., and to achieve 3.9 billion views, every single one of the app’s (at the time) 26.5 million active stateside viewers would’ve had to watch #Boorito content 38 times. There’s also the fact that TikTok users don’t scroll through a broad feed of content and then select individual videos to view, like they do on Twitter or Facebook. On TikTok, videos take up the entire screen, and users swipe to get to the next one. All videos automatically start when swiped to, so TikTok may count a “view” every time someone lays eyes on a clip, even if they don’t watch it. And, because of TikTok’s looping nature, a chunk of those views are undoubtedly from repeat watchers.

Still, though–it’s a lot of traffic.

The fervor has spilled off TikTok, too. The original song Hollister created for the Jeans Lab campaign, “Be Happy,” happens to share a name with Dixie’s recently debuted first single. Her song premiered July 1; this past week, it charted at No. 3 on Spotify’s list of top 50 viral songs in the U.S., and No. 7 on its global top 50. The track’s music video, meanwhile, hit 50 million views on YouTube.

In addition to fronting the social portion of Hollister’s Jeans Lab campaign, the D’Amelios participated in the production side, designing their own custom jean fits and giving them a “stamp of approval” that’s displayed in-store.

This is the D’Amelios’ first rollout with Hollister, but it won’t be the last. “This is the start of a longer-term relationship with Charli and Dixie, both of whom share our passion to spread positivity and build confidence among teens–especialyl during the uncertainty that surrounds this year’s back-to-school season,” Kristin Scott, president of global brands at Hollister’s parent company Abercrombie & Fitch, said in a statement. She added that Pugliano, who has 1.3 million followers on TikTok, is one of Hollister’s original brand partners, having worked with it back in 2017.

Tubefilter has reached out to TikTok and Hollister for information about the campaign’s performance, and we’ll update this story with any new details.