Meta and Spotify are shifting resources away from their Clubhouse competitors 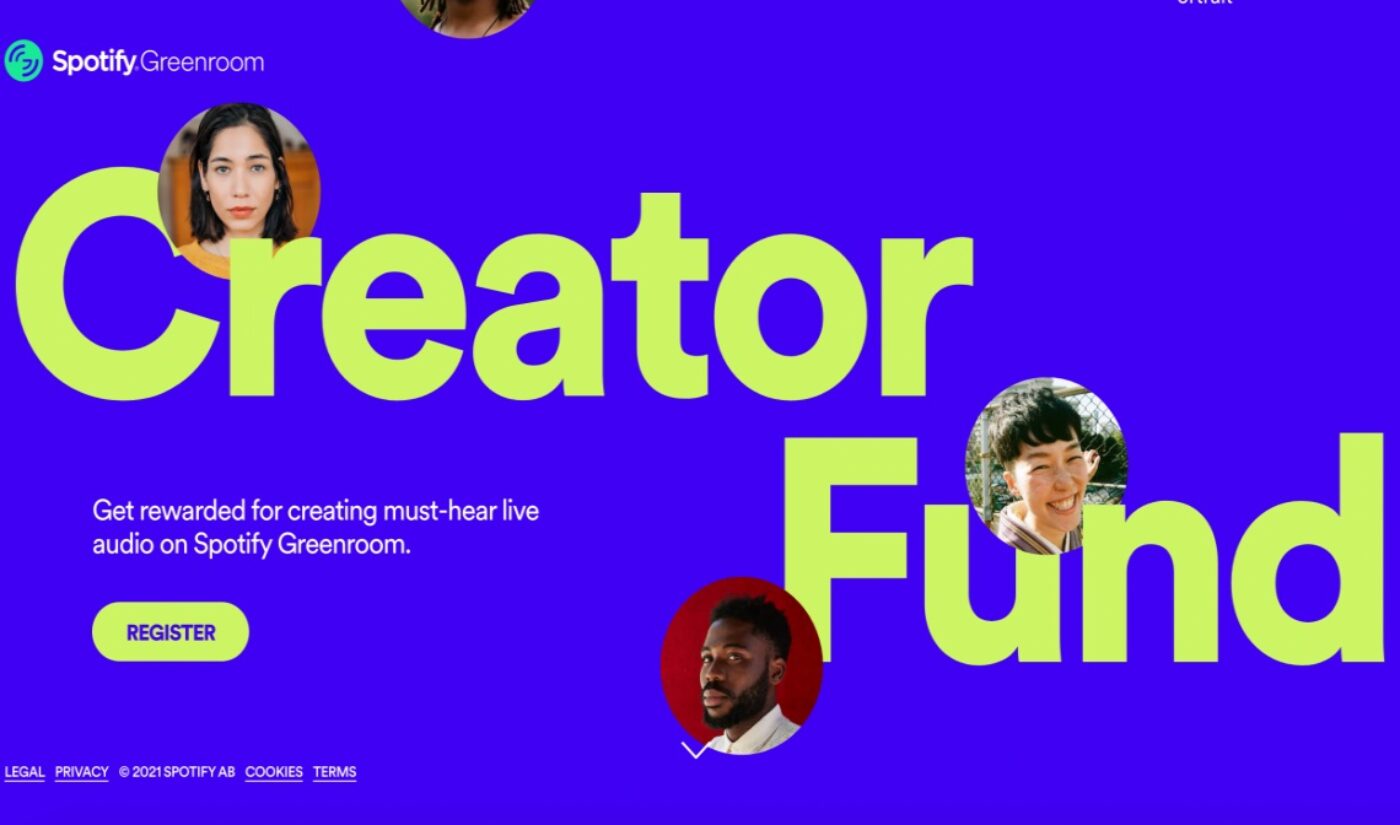 Clubhouse, like many other breakout stars of the early COVID-19 era, is losing its luster. With public spaces opening back up, there’s less interest in digital chat rooms, and the company known for providing those rooms is experiencing growing pains as a result.

Clubhouse’s downfall is affecting other companies as well. When the app was in its heyday, several tech giants launched their own copycats of it, and those copycats are starting to fade into obscurity. Specifically, Spotify has shuttered the Creator Fund for its Greenroom platform, and Meta is moving its resources away from the Clubhouse competitor known as Live Audio Rooms.

Let’s start with Spotify, which recently emailed creators to let them know that the Spotify Greenroom Creator Fund “will not be moving forward.” The monetary incentive was announced alongside Greenroom, which Spotify envisioned as a Clubhouse rival.

In truth, there’s no evidence the service’s Creator Fund ever paid out a single cent. Using the magic of the Wayback Machine, Podnews noted that the launch date for the Creator Fund was pushed back multiple times before it was ultimately discontinued. Initially, it was set to start paying out during the summer of 2021; then, it was delayed until “2022.” Now, it seems as if the Creator Fund will never get off the ground at all. The URL that once led to it now redirects to a library of Spotify’s live content.

The Greenroom Creator Fund turned out to be such a nothing burger that some are wondering whether Spotify ever intended to use it. Podnews has shared a long list of projects and features that Spotify has announced but never launched. The newsletter’s hypothesis is Spotify uses those roads to nowhere to boost its share price. The reveal of the phantom Creator Fund helped Greenroom’s launch outperform expectations, which added about $60 million to Spotify’s market cap, according to Podnews.

Even if the Greenroom Creator Fund ultimately amounted to little more than a Wall Street pick-me-up, Spotify still has plenty of audio programming to fall back on. The company has allocated billions of dollars to support its burgeoning podcasting business, so don’t expect the payments to those audio creators to dry up so quickly.

Though Spotify will still have a substantial audio empire even if Greenroom goes under, the same can’t be said for Meta. Recent reports have claimed that The-Company-Formerly-Known-As-Facebook is on its way out of the podcasting market, and that paradigm shift is affecting Live Audio Rooms as well.

News of Facebook’s auditory demise was first reported by Bloomberg, which cited “industry executives who work with the platform.” A spokesperson told the outlet that Meta is still working on podcasts, but other facets of Meta’s business are “accelerating.” Reels, a TikTok-like format that is gaining popularity on Instagram, is high on Meta’s priority list. Of course, the metaverse is a buzzword of emphasis as well — why else would Facebook adopt a name that alludes to virtual reality projects like Horizon Worlds?

So what does this mean for Live Audio Rooms? A lot. The Clubhouse competitor launched last June, and by November, Meta was offering direct payments to musicians and celebrities who launched Rooms of their own. Though the live listening feature did secure some big-name users, the deals that brought them there are now in limbo.

Bloomberg‘s report cited the example of DeRay Mckesson, an organizer known for his work with Black Lives Matter. Mckesson’s initial deal with Meta called for six shows on Live Audio Rooms, and the activist said those broadcasts “went well.” Nevertheless, he has not yet been offered a renewal.

So, to restate the obvious: Clubhouse is “out,” and the definition of what’s “in” depends on who you ask. For Spotify, podcasts are the way forward. For Meta, the focus of the future is all in the name.