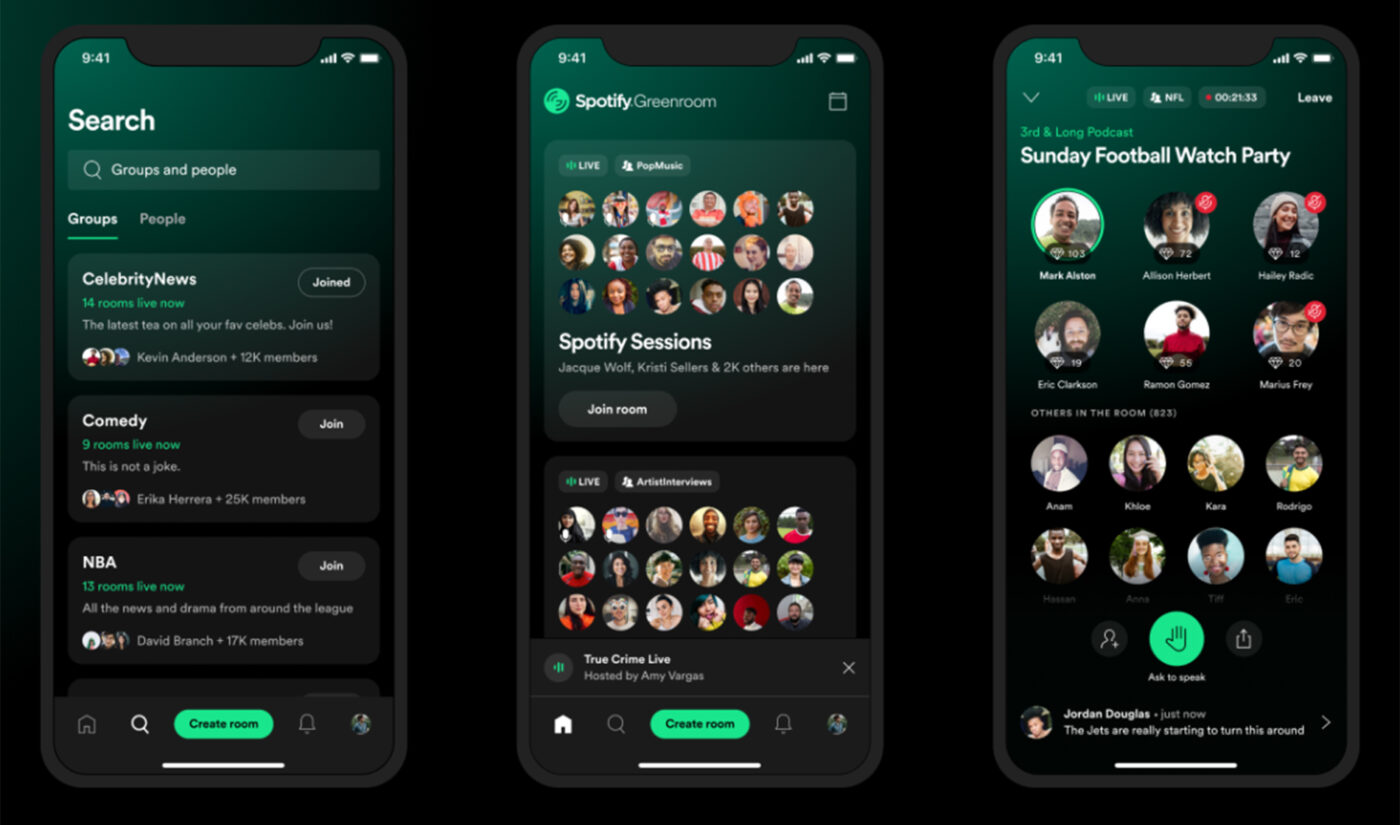 These chats can range from casual, private shindigs between friends to formal panel discussions with numerous speakers and hundreds or even thousands of listening audience members.

But while Greenroom is built on similar foundations as Clubhouse and other live audio entrants, it does have one potentially game-changing feature that could set it apart from the crowd: It will allow users to record their Greenroom chats and upload them to Spotify as podcasts.

Other platforms currently do not offer this feature, which might give Spotify a significant leg up–especially since the company has firmly established itself in the podcast space, spending hundreds of millions of dollars attracting podcast makers and listeners and setting up subscriptions to get makers paid.

All that is to say, Clubhouse (though it is entering the podcast-adjacent industry with a slate of original content from its first creator class) could struggle to compete with a tool that lets users turn any and all Greenroom content into listen-on-demand podcast episodes.

Greenroom, however, is fairly sparse when it comes to other features. The app is a renamed, revamped version of Locker Room, the sports-focused live audio platform Spotify acquired in its reported $50 million purchase of Betty Labs in March. It is a functionally separate platform from Spotify that lets users do basic things like host rooms, listen in on others’ rooms, and search for upcoming scheduled events. Broad categories for broadcasts include sports, music, and culture.

Along with debuting Greenroom, Spotify unveiled vague plans to introduce a creator fund later this summer. Sources familiar with the matter told The Verge that participating creators will be paid based on how popular their rooms are and the engagement during presentations.

The Verge also reports that Greenroom is in the process of securing exclusive content deals with some creators.

“We believe Spotify has an opportunity not only to enable live broadcasts, but to aid discovery, drive consumption, and accelerate growth of the live category overall,” Spotify said in a blog post about Greenroom. “Today’s app unveiling is our opportunity to begin laying the foundation for the exciting roster of content and capabilities Spotify has in store in our venture into live audio.”