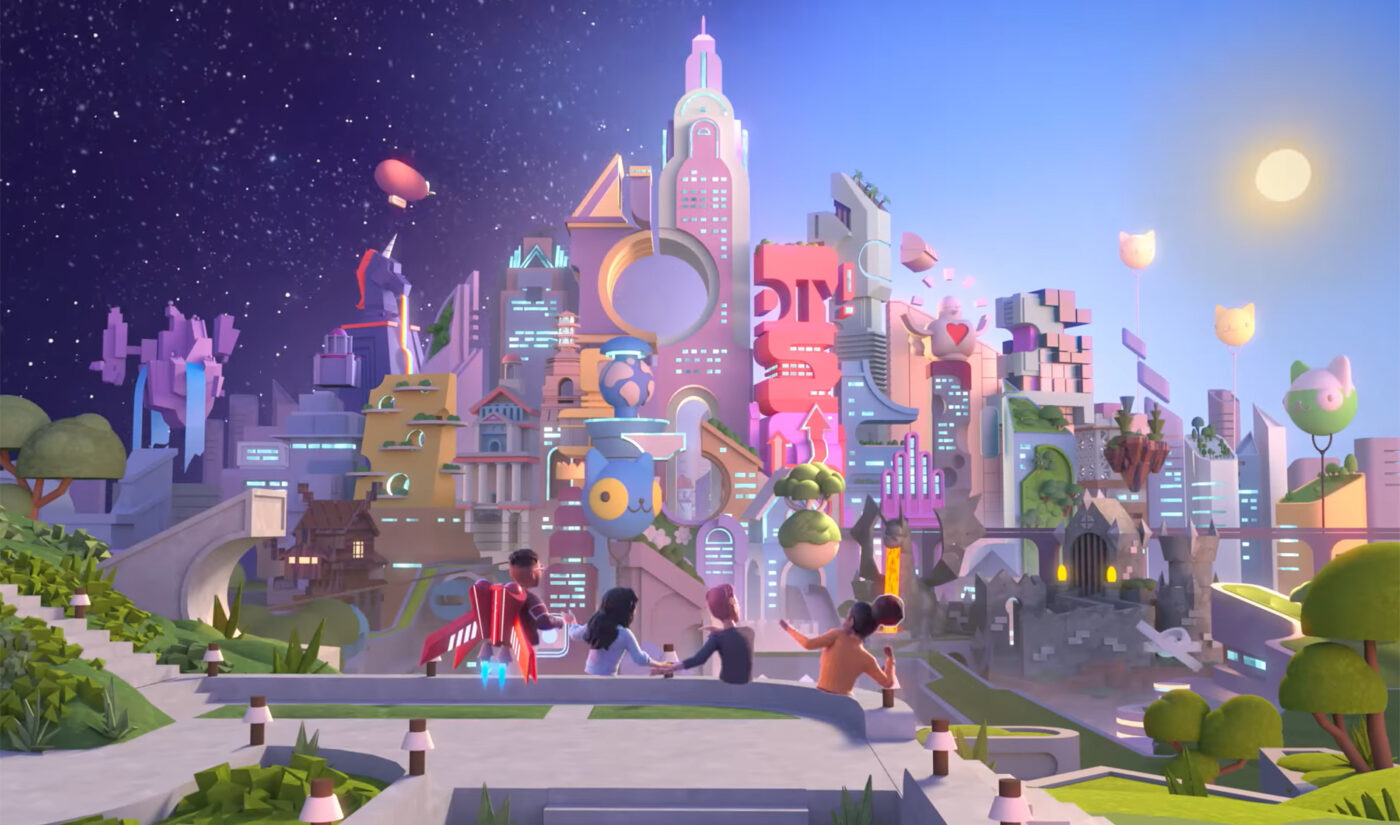 Horizon Worlds is up and running.

Meta (formerly Facebook, renamed to put a fine point on its metaverse ambitions) has opened the virtual reality platform to anyone in the U.S. and Canada who’s over 18 and has a Quest 2 headset made by Oculus, the VR device company Meta acquired for $2.3 billion in 2014.

In a cinematic intro video forebodingly emblazoned with a disclaimer that warns images are simulated and “not representative of current product,” Meta envisions a sweeping, social world stocked with collaborative games and experiences.

While Horizon Worlds’ current graphic quality might not match the smooth, slickly animated intro, Meta is investing a lot in bulking up the platform’s repertoire of collaborative content. In October, it established a $10 million fund that’ll pay individual creators and development studios to make co-op games for Horizon Worlds’ user base. It’s also partnered with companies like Gucci and Chipotle to create virtual events for users to attend…and shop.

To be clear, though, it’s not just companies and people partnered with Meta that can make content in Horizon Worlds. The platform comes with world-building tools that let any user make their own locations and games and share them with the community at large (a familiar experience for anyone who’s played video games like Second Life, Roblox, Minecraft, or even Fortnite’s Creative Mode).

“Since launching as an invite-only beta last year, we’ve been amazed by the community that’s begun to form and inspired by the unique experiences they’ve built,” Meta said in a blog post.

As part of the public launch, Meta highlighted three games and experiences for users to try: Pixel Plummet, a “retro, arcade-style multiplayer platform battle royale” made by users Matthias, SKitter_, OcuLos410, Laex05, and Traveseo; witchy flying simulator Wand & Broom, by TheJohnMclay, rcdegs, Elastic_Plastic, JHeff.CS, Chrish_Topher_066, Solaris30, and burnbuns; and Mark’s Riverboat, a “relaxing ride on the river aboard a triple decker riverboat” by tMARKbirman and 5andw1ch.

Meta says it’s additionally debuting more mechanics and templates for users to make their own games, but didn’t specify much about the tools beyond saying creators “can now modify working scripts to create their own games for the community to play.”