David Dobrik Is Getting A Travel Series On Discovery Plus 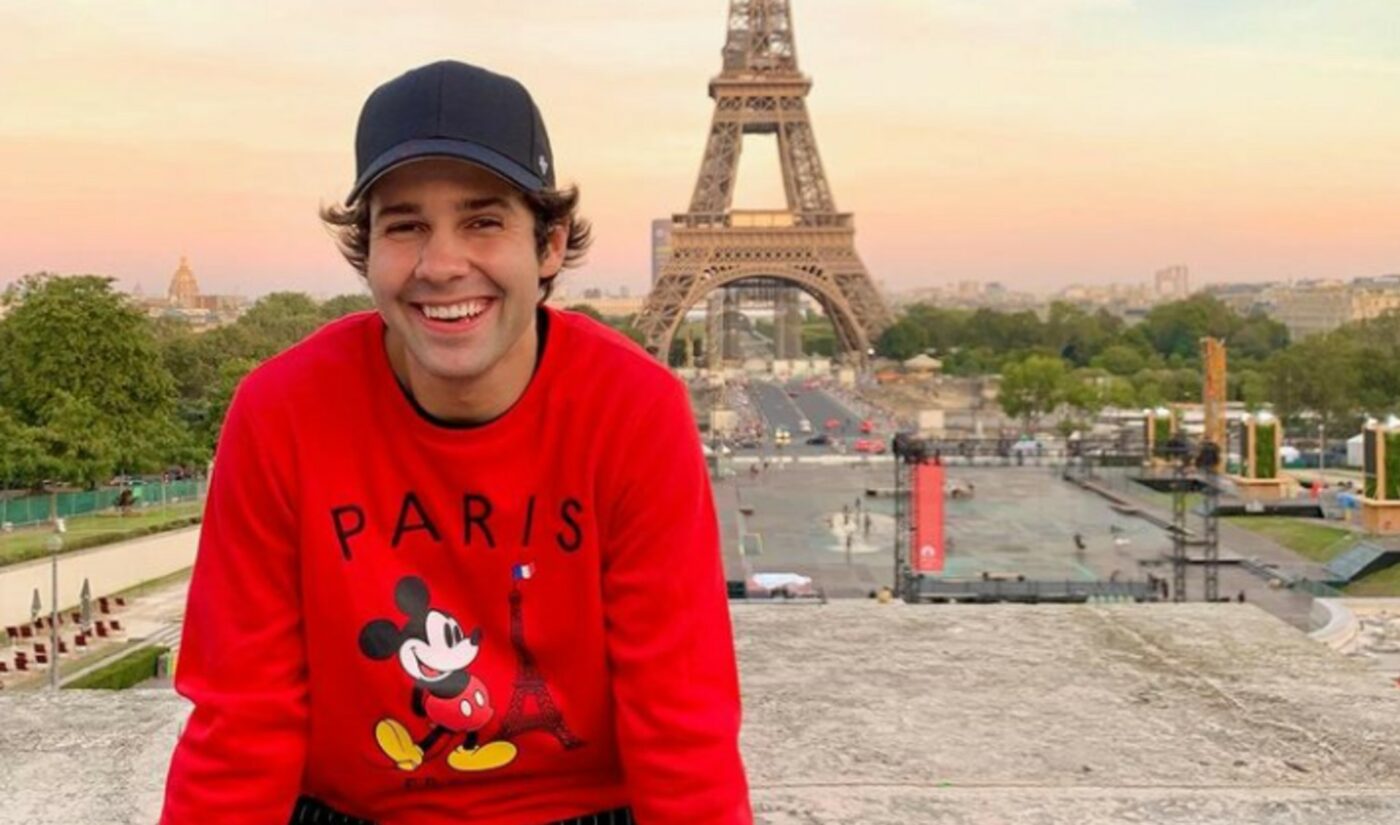 For several months now, David Dobrik has been back on YouTube, after harrowing allegations involving a former collaborator in March led to a self-imposed social media hiatus.

The series will touch on Dobrik’s status as a DACA recipient, which impeded his travel prospects during the Trump administration, per Forbes. And one episode will see him returning to Slovakia — where he was born — for the first time since age six, reuniting with family on the ground.

Dobrik was dropped by myriad brand partners and stepped down from his fledgling startup Dispo earlier this year, after a woman claimed that she was raped by former Vlog Squadder ‘Durte’ Dom Zeglaitis while filming a video with Dobrik’s creator collective in 2018. At the time, Dobrik’s YouTube channels were temporarily demonetized — though he returned to regularly scheduled vlogs in June.

And the series order from Discovery suggests that certain partners are ready to welcome him back into the fold. Last month, Dobrik appeared in a Shark Week special for the Discovery channel and in 2020 he hosted a dodgeball competition series for the linear network called Dodgeball Thunderdome.

“I’m thrilled to bring more of David Dobrik’s special brand of fun and adventure to Discovery+ with this epic new event series,” Discovery EVP Scott Lewers told Forbes in a statement. “Most recently this summer, Sharkbait with David Dobrik was enjoyed and streamed by many and we are excited to follow this next big chapter in David’s life.”

Discovery+ launched in January and has amassed 18 million paid subscribers to date.

Dobrik chronicled his voyage back to Slovakia in his latest vlog, which you can check out below: