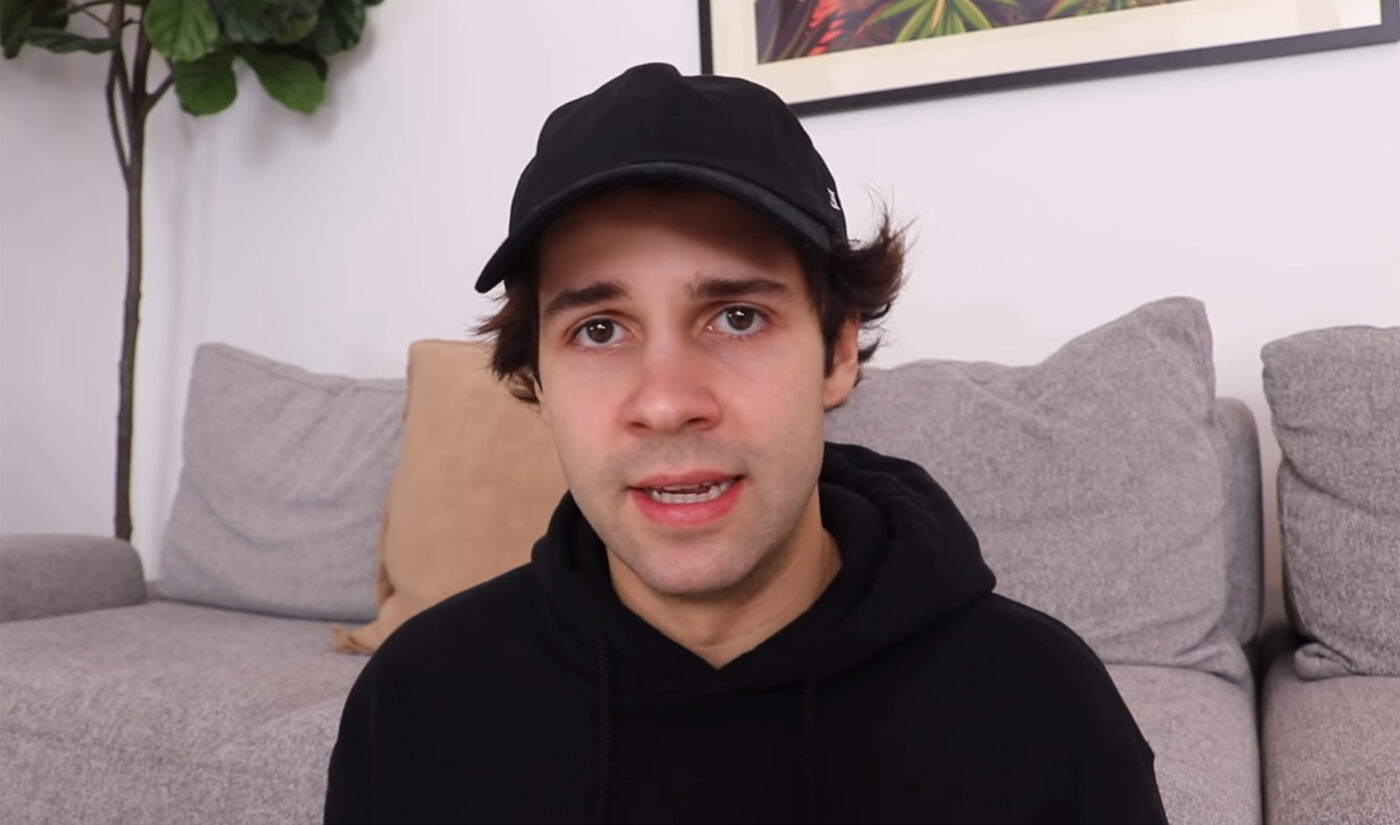 Dobrik uploaded the video late at night March 22. In it, he condemns his March 16 apology video, which was posted to his podcast channel with comments disabled. “I’ve put myself in a lot of situations where I need to apologize for my past actions, and I’ve never done this correctly, and I’ve never done this respectfully,” he says. “My last video is a testament to that.”

This latest video was uploaded to Dobrik’s main channel, where he has 18.6 million subscribers, and comments are enabled. (At press time, the clip has received more than 106,000 comments, 431,000 likes, and 22,000 dislikes.) It is the first video he’s put out on his main channel in ten months; the one prior was a giveaway sponsored by EA, which is among the numerous brand partners that have ended their relationships with Dobrik in the past few days.

In the seven-minute upload, Dobrik apologizes to “Hannah,” the woman who told Business Insider she was raped while filming a video with him, Zeglaitis, and other Vlog Squad members.

“I fully believe the woman who came out against Dom and said she was sexually assaulted by him,” Dobrik says. He adds that even though he got Hannah’s consent to post the video, “I should never have posted it.”

“I was completely disconnected from the fact that when people were invited to film videos with us, especially videos that rely on shock for views, I was creating an unfair power dynamic,” he says. “I did not know this before.”

ok the amount of youtubers texting and dm’ing me their creepy dom stories lmfao for sure just a one time occurrence tho pic.twitter.com/GDB3jdTo92

“I’m sorry I didn’t listen to you guys,” Dobrik says. “I am sorry that I took Dom’s word for what happened in certain situations…because I couldn’t wrap my head around a childhood friend of mine doing this to people and actually hurting people.”

Dobrik stopped filming with Zeglaitis in 2019. Zeglaitis has not yet issued a public comment about Hannah’s allegations.

In the wake of Business Insider‘s report, Dobrik has been dropped by all of his major sponsors, including SeatGeek, Chipotle, HelloFresh, DoorDash, and Dollar Shave Club. He has also stepped down from his burgeoning social media company, Dispo, after primary investors Spark Capital and Seven Seven Six pulled out of the business and pledged to donate their profits from the venture to organizations that support survivors.