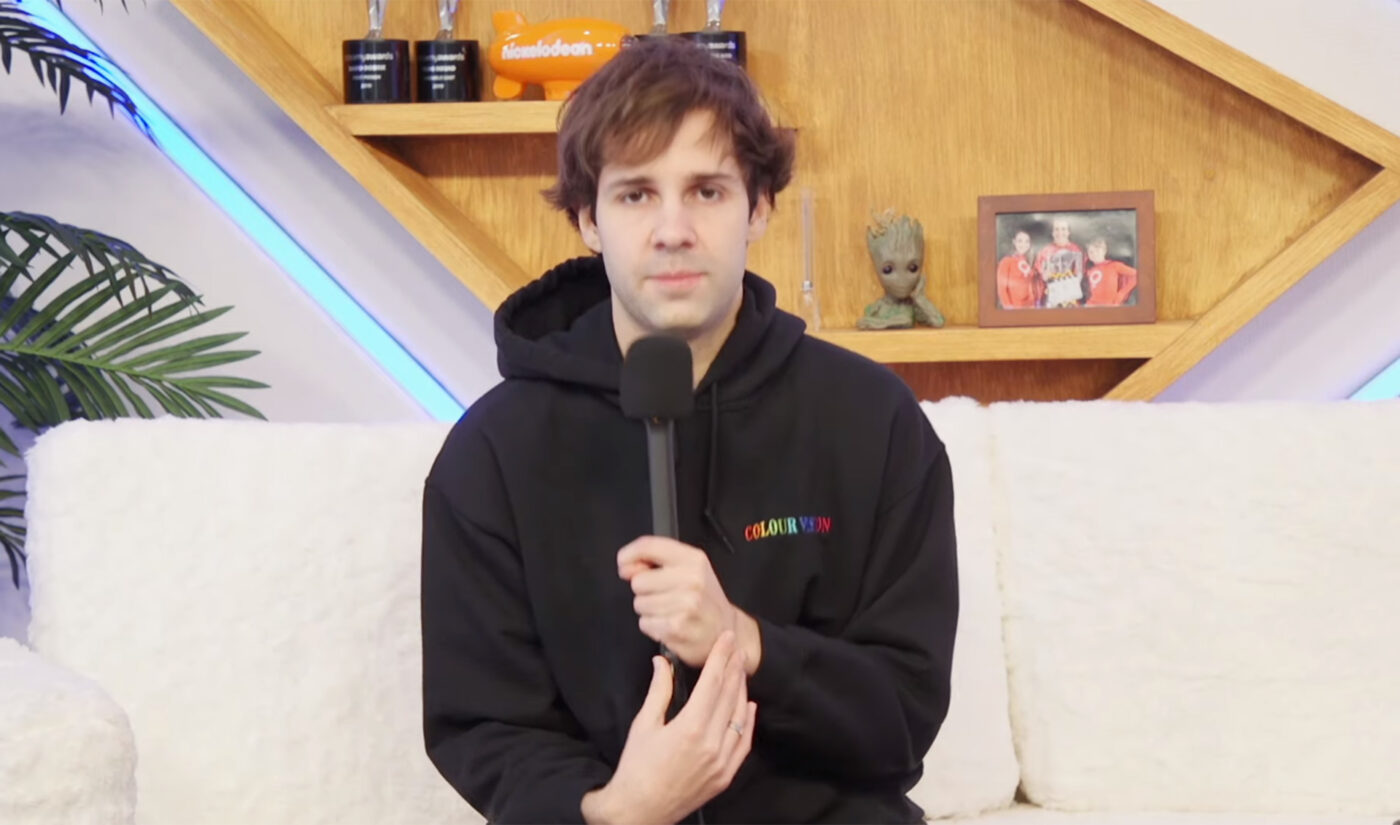 The statement also appears to address a Business Insider report from a woman who says she was raped by another former Vlog Squad member, Dominykas Zeglaitis, while filming a video with the group in 2018.

“Consent is something that’s super super important to me, whether I’m shooting with a friend or shooting with a stranger,” Dobrik says in the two-and-a-half-minute video titled Let’s talk. “I always make sure that whatever video I’m putting out, I have the approval from that person.”

He adds, “I also acknowledge that there’s times where a person can change their mind and they decide that they no longer want to…be in the video that I’m putting up, and then I’ll take the video down.”

Addressing Francois’ allegations as “the Seth situation,” Dobrik says, “I’m sorry to Seth, because like I said, I just want to make videos where everybody in it, whether you’re participating or watching, is enjoying and having a good time, and I missed the mark with that one. And I’m really sorry, I truly truly am.”

Francois came forward with allegations against Dobrik and fellow Vlog Squad member Jason Nash in February 2021. Speaking on Ethan and Hila Klein’s podcast, he explained that a Valentine’s Day prank video was supposed to involve kissing between him and creator Corinna Kopf, who would be wearing “an old man mask.”

Instead it was Nash behind the mask, Francois said. “After Jason pulled off his mask, I realized that I was just touched by someone I did not consent to,” he explained.

Francois, 26, was one of the first members of the Vlog Squad. Not long after the incident with Nash (as well as a second video featuring a similar prank), he left the group and Los Angeles. He told BuzzFeed News that his exit was partially because of the prank and racist harassment from the Squad, and partially because he wanted to seek new opportunities. He now runs a talent agency out of Atlanta.

Earlier this month, Dobrik briefly appeared in a video from current Vlog Squad member Scotty Sire. In the upload he shares text messages from Francois that Sire said shows the original prank videos were “all in good fun and [Francois] gave permission beforehand.”

Sire later removed the video, tweeting that “i let emotion get the better of me and i chose my approach and many of my words poorly.”

Dobrik’s video–which is posted on his podcast channel (1.67 million subscribers), as opposed to his main channel (18.8 million)–also references new allegations from a woman who says she was raped while filming a video with the collective in 2018.

The woman, anonymized as Hannah by Business Insider, said she and six friends had agreed to film a video after talking to Zeglaitis via Instagram direct message. When they arrived at Dobrik’s home, “I immediately felt really uncomfortable because I was under the impression that we were going to meet these cool creators, we were going to hang out, maybe film something,” she said.

Instead, Hannah said, Zeglaitis later took her into a room and blocked her from leaving, asking her why she didn’t like him and wouldn’t date him. When she refused to “hook up” with him, he demanded a kiss. “I was getting really scared because he wasn’t letting me leave, my friends were in a totally different part of the house. I was, like, ‘What happens if I keep saying no?’ So I just gave him a kiss,” she said.

Hannah and her friends ended up drinking with the group. One friend told Business Insider that while Hannah was intoxicated, Zeglaitis took her back to her room and assaulted her. During the assault, other Vlog Squad members kept opening the door and trying to look in, Hannah’s friend said. Video provided to BI showed Dobrik being asked if he had “success” in seeing into the room. “No, he locked the door,” Dobrik responded.

Dobrik says he was “disappointed” by Zeglaitis

In his recent apology upload, Dobrik does not directly comment on Hannah’s allegations, but says he’s been “really disappointed by some of my friends.”

“With people in my life that I don’t film with anymore–like [Zeglaitis], and the other people I no longer film with–I chose to distance myself, because I don’t align with some of the actions, and I don’t stand for any kind of misconduct,” he says. “And for that reason, I’ve separated from a lot of them.”

Hannah said she contacted Zeglaitis in 2019 to express her discomfort with the video. He had it taken down.

A woman is accusing Durte Dom from David Dobrik’s Vlog Squad, of rape.

“It’s difficult to describe how it feels knowing that millions of strangers have seen a video of me in a night that affected me and traumatized me in nearly incomprehensible ways, not knowing that anything was wrong,” she told BI.

Hannah said she chose not to pursue criminal charges because she was intoxicated during the alleged assault. She’s coming forward now because she wants the Vlog Squad to see her perspective of that night. “Of course it would be nice to get an apology, to get them to admit what they did wrong,” she said. “I was exploited for content and stripped of autonomy and a voice.”

Dobrik’s apology video has been met with a lackluster response. He’s disabled comments, likes, and dislikes on the video, eliciting at least one critique from Ethan Klein, who’s chronicled Francois’ allegations and now Hannah’s: