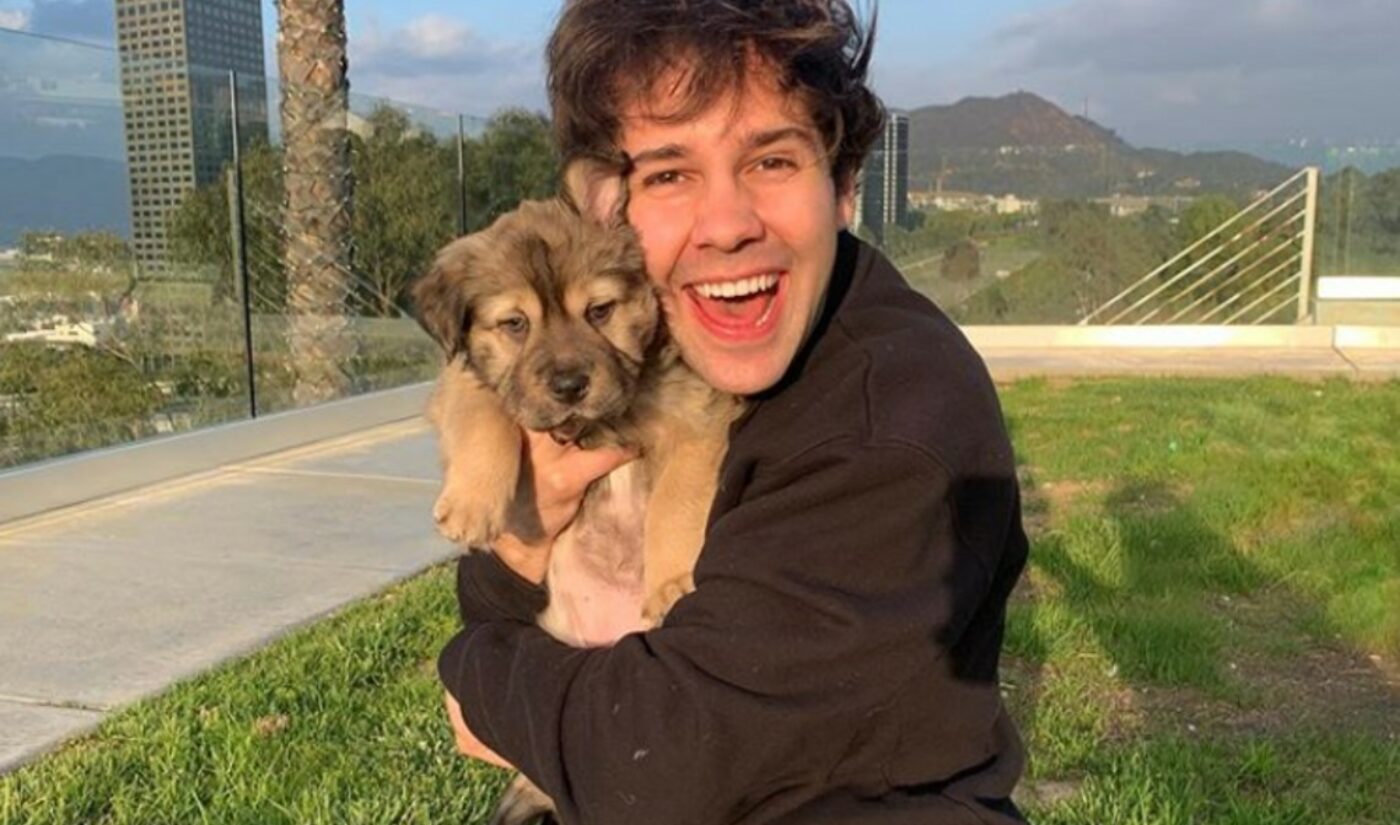 With his wildly popular vlog still on hiatus in light of the coronavirus pandemic, David Dobrik has announced his next foray onto television: a dodgeball competition series for the Discovery Channel that’s set to premiere later this month.

Dodgeball Thunderdome will be set on a 14-acre, specially-constructed course, and will see athletes and sports newbies alike competing in the beloved playground game. The Hollywood Reporter notes the nine-episode series will conclude with a tournament of champions comprising winners from every past episode, with a $25,000 cash prize at stake. Every episode ahead of the finale will also allow viewers to enter a sweepstakes for $5,000 in cash, the Reporter reports — a nod to Dobrik’s famously generous YouTube giveaways.

Dobrik will co-host the series alongside E! correspondent Eric Lim and former NFL wide receiver Andrew Hawkins. The series, which premieres on Aug. 19, is being produced by Lionsgate‘s Pilgrim Media Group.

In addition to Discovery, Dobrik has appeared on numerous linear shows for Nickelodeon, including as a judge on the competition series America’s Most Musical Family, co-host of the Teen Choice Awards, and as the host of a recent fan special for SpongeBob SquarePants.

“I’m super excited to be working with Discovery on Dodgeball Thunderdome,” Dobrik told the Reporter in a statement. “Dodgeball was always everyone’s favorite game in gym class and hosting this show brings back many sweaty memories of dominating in Vernon Hills.”

You can check out a teaser below:

Get ready to enter #DodgeballThunderdome! ☄️@DavidDobrik is the host of this all new gym class favorite turned epic competition series along with co-hosts @ErinLimOfficial and @Hawk premiering Wednesday Aug 19 at 9P on Discovery. Read more > https://t.co/maOcYfYbqh pic.twitter.com/1aaiuchj3U