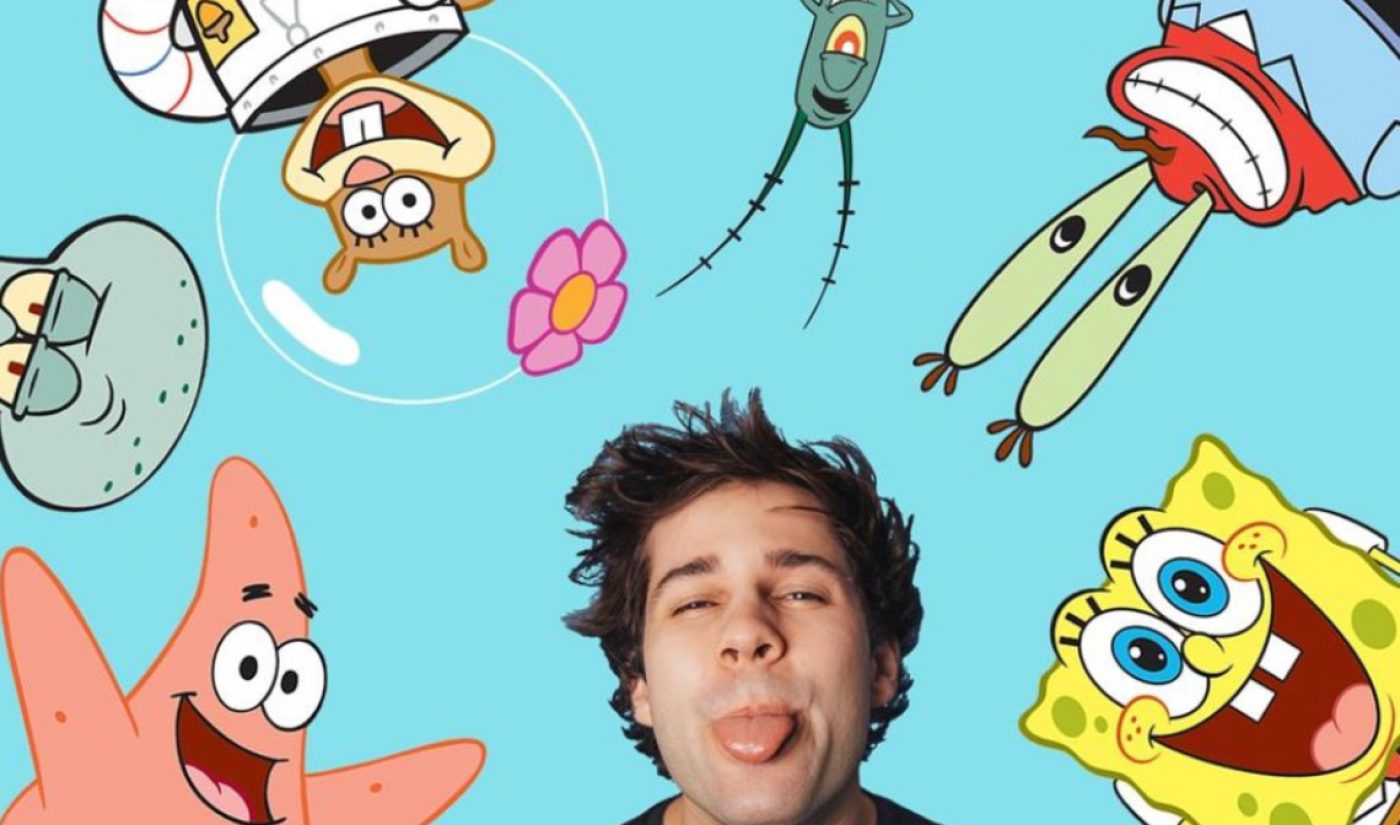 David Dobrik is expanding his relationship with Nickelodeon.

The YouTube superstar — and two-time Kids Choice Awards winner, who also serves as a judge on Nick’s America’s Most Musical Family competition series — has been tapped to host a television special for the animated smash SpongeBob SquarePants, airing next month.

Dobrik, who counts 17.4 million subscribers and typically nabs around 200 million monthly views, will guide the voice cast to recreate memorable moments, lead a lightning-round Q&A, and join in for an all-new rendition of the “F.U.N. Song” — a popular tune from the series about friendship.

“I signed onto this project for the obvious reason that SpongeBob is one of the best shows of all time,” Dobrik, who is on hiatus from his massive vlog amid the coronavirus pandemic, said in a statement. “I feel that I owe a lot to SpongeBob and all Bikini Bottom for helping me figure out what I thought was funny and entertaining. The show shaped so much of my childhood, so being a part of this special with the entire cast feels like a full circle moment.”

SpongeBob, which launched in July 1999, has spawned multiple theatrical releases, a consumer products empire (including a collab with Hila Klein’s Teddy Fresh streetwear brand), a Broadway musical, and more. The cartoon is distributed in more than 170 countries, and averages over 100 million total viewers every quarter, according to Nick. The Stars Of SpongeBob adds to Nickelodeon’s previously-announced slate of programming produced virtually in quarantine.