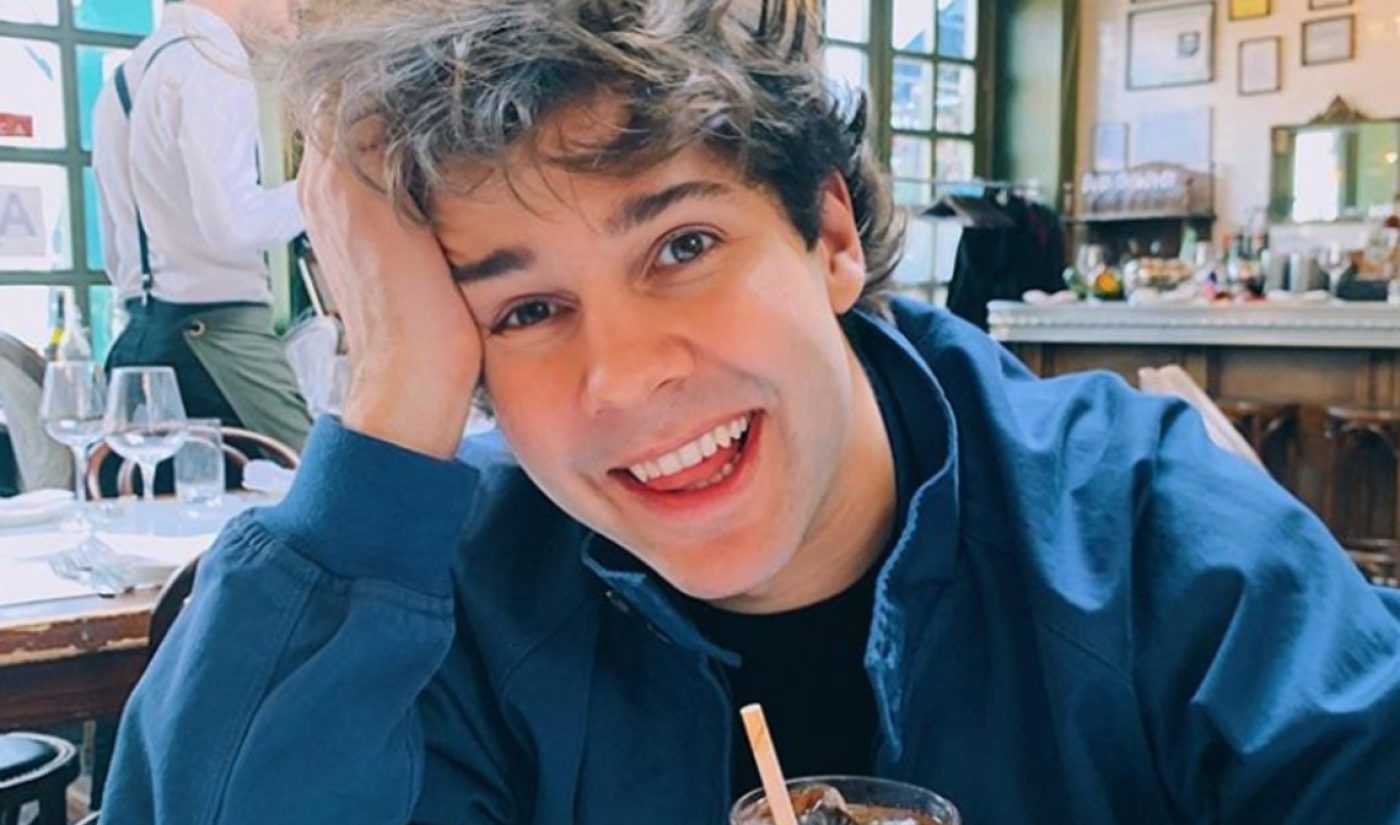 David Dobrik is known for his outsized generosity within his friend group, frequently gifting members of the ‘Vlog Squad’ with cars and other lavish gifts. But for his latest vlogworthy stunt, the YouTube luminary opted to channel his good will toward a fan in need — with whom he shares the commonality of being a ‘Dreamer’.

In a vlog shared last week, Dobrik gifted a superfan named Melissa Alvarez with a cool $25,000. Alvarez, like Dobrik, is a beneficiary of the Deferred Action for Childhood Arrivals (DACA) program, which enables certain immigrants who arrived in the U.S. as children to avoid deportation and become eligible for a work permit. (Unlike the proposed DREAM Act, which has yet to be passed into law and which is where the term ‘Dreamer’ comes from, DACA does not provide a path toward citizenship for recipients, and has been under siege by the Trump administration).

Dobrik was in Dallas last week for the BBYO convention — a Jewish teen leadership gathering. In his hotel lobby, he encountered Alvarez’s friend, Kevin Quintana. Quintana shared that Alvarez was a single mother who attends community college and works three jobs — all while caring for her sick mother, reports The Dallas Morning News. After being touched by her story, Dobrik opted to head to Alvarez’s home in the middle of the night with a generous gift in tow.

“I put two and two together,” Alvarez told the Morning News of the moment. “I ran out of bed without my glasses, and I can’t see without my glasses on. I just saw a camera and a light and David was there. I thought I was dreaming. I was so shocked that I didn’t know what to say. I just answered his questions.”

It’s unclear whether the stunt was sponsored — as many of Dobrik’s high-octane stunts have been — by ticketing platform SeatGeek. In the vlog, he simply pulls a crumpled check out of his pocket.

Dobrik, who was born in Kosice, Slovakia and immigrated to Chicago with his family as a child, has spoken publicly about his DACA beneficiary status nefore, particularly amid Trump’s moves to end the program beginning in 2017. After international travel privileges for DREAMers was revoked at that time, for instance, Dobrik was unable to attend VidCon Australia as previously scheduled. He has also tweeted about paying hundreds of thousands of dollars in taxes despite his tenuous status.

You can check out the emotionally-charged and hilarious moment, beginning at the 1:50-minute mark, below: