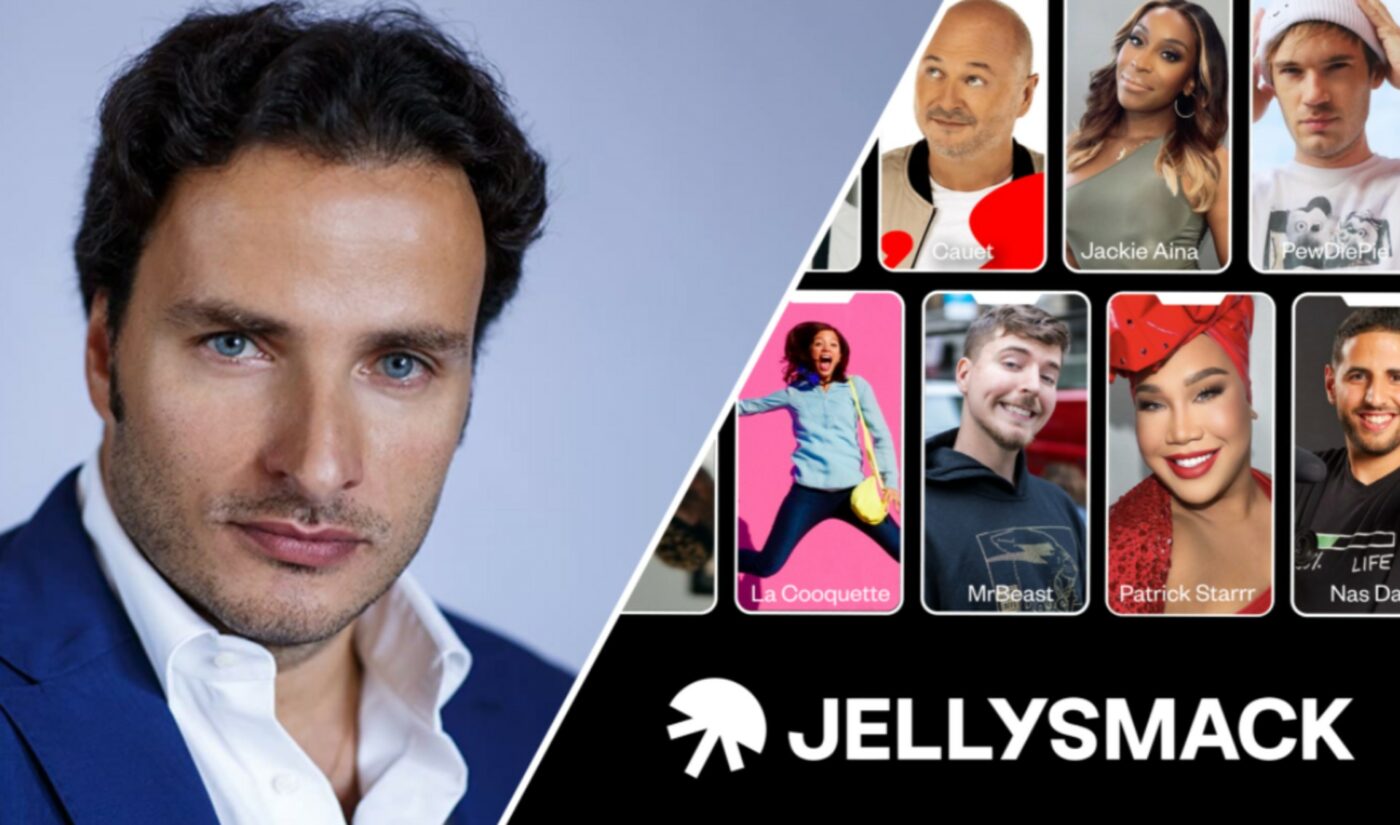 Jellysmack, the digital media company that helps creators expand their presence onto additional platforms beyond the sites on which they rose to renown, has hired former YouTube exec Youri Hazanov as head of international.

The hire marks one of the ways in which Jellysmack is allocating its recent investment from Softbank to fuel global expansion. Softbank led the company’s Series C in May, propelling its valuation beyond $1 billion into unicorn status.

As head of international, Hazanov will lead Jellysmack’s international business development, including key markets across Europe, Asia-Pacific, the Middle East, and Latin America. Hazanov previously oversaw the international launch of YouTube in over 20 countries as its managing director for central and eastern Europe, Russia, Israel, and the Commonwealth of Independent States.

At Jellysmack, his responsibilities will be twofold. He will focus on signing international creators to Jellysmack’s Creator Program, which helps the likes of PewDiePie, MrBeast, Phil DeFranco, and Charles and Alyssa grow audiences across platforms. He will also oversee the international expansion of Jellysmack’s Media Partner Program, in which the company furnishes the same services for brand partners and IP owners — beginning with Parisian rap and R&B radio station Skyrock.

Jellysmack notes that its business has historically focused on the U.S. creator market, though it currently has offices in Paris, Corte, London, Los Angeles, and New York — as well as creator partners in dozens of countries.

Hazanov has brought on two senior leaders to aid him in his new role: Harry Levy will focus on EMEA and Latin America as head of sales and partnerships, while Laurent Hulin will serve as general manager in the APAC region.

“When I started at YouTube in 2010, the majority of creators were based in the U.S.” Hazanov said in a statement. “Ten years later, the majority were international. There’s a massive opportunity for Jellysmack to reach these international creators, and I’m thrilled to be leading the charge.”