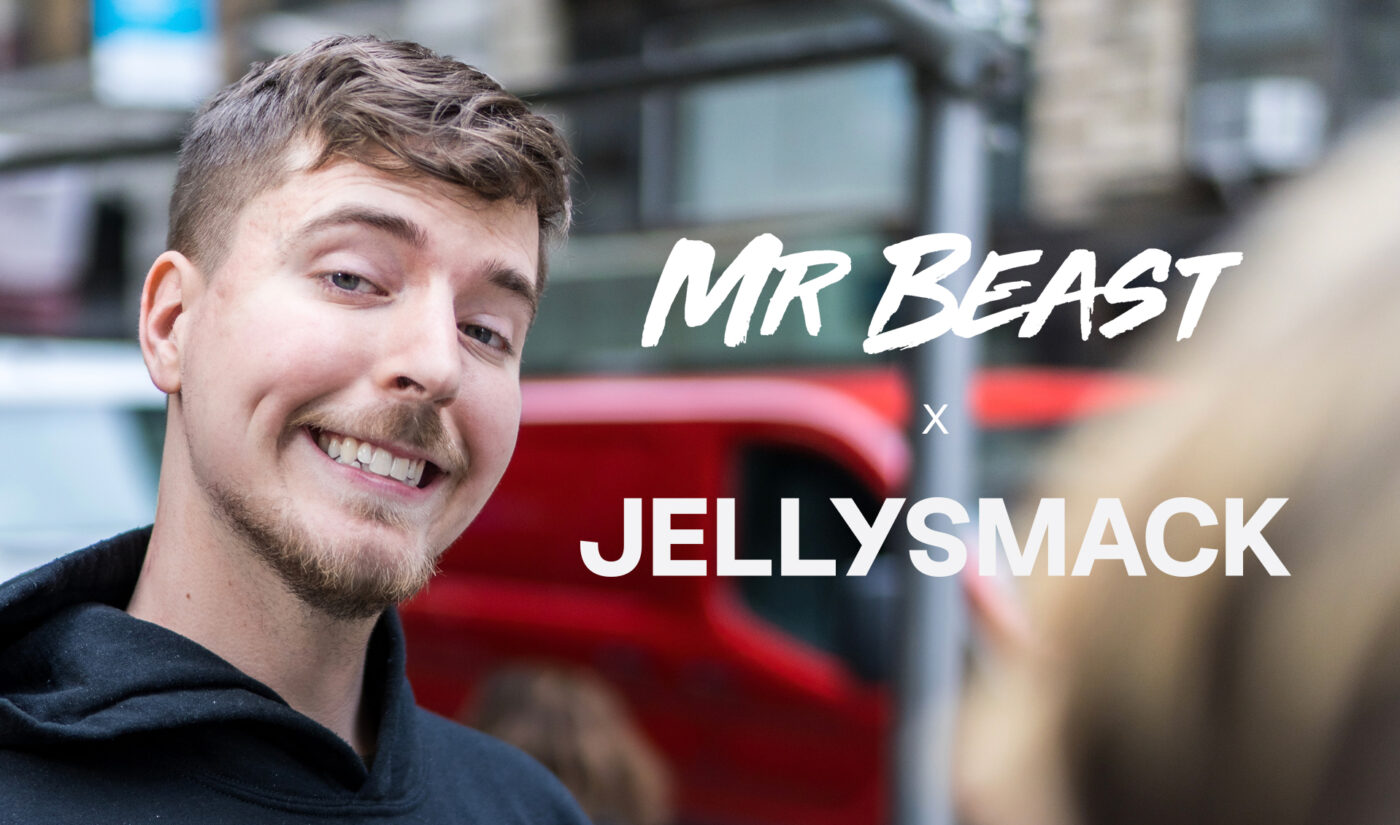 Jimmy Donaldson (aka MrBeast) has signed an exclusive multiyear deal with creator company Jellysmack to distribute his YouTube content–which racks up hundreds of millions of views per month–across Facebook and Snapchat.

“Since launching our Creator Program in 2018, we’ve had our eye on MrBeast as someone we wanted to work with,” Jeff Olson, Jellysmack’s head of creator partnerships, tells Tubefilter. “This partnership proves that even the biggest creators in the world still have room to grow to reach their full potential, and Jellysmack has the technology to make that happen.”

When a creator joins Jellysmack’s program, the company takes the content they make for their main platform and promotes and optimizes it for consumption on other social media sites. The result is 1) an increased presence and fanbase for the creator on additional video platforms and 2) increased revenue from all the additional viewership on said platforms, which Jellysmack then splits with the creator.

The company’s CEO Michael Philippe told Tubefilter that the Creator Program generated at least $100,000 in incremental gross revenues for roughly two-thirds of the 150 or so creators it worked with in 2020.

This optimized content frequently brings between 25 million and 300 million views per month for each of its partner creators, Jellysmack says. MrBeast (who has 59 million subscribers on his main YouTube channel) is now one of numerous popular YouTubers on Jellysmack’s roster. The company also works with PewDiePie (109 million subscribers), Reaction Time (15.3 million), Azzyland (13.5 million), and Brad Mondo (6.91 million).

“I love giving back to people and coming up with creative ways to make a difference,” MrBeast said in a statement. “With this Jellysmack program, I’ll be able to reach even more fans on the platforms they prefer.”

He added, “The bigger the MrBeast brand, the bigger impact I’ll be able to make for people in need, so everyone wins.”

Jellysmack says that so far in 2021 it has added a total of 49 new creators to its program.