‘Charles And Alyssa’ Get A Few Million Views A Month On YouTube. Now They’re Making Six Figures Monthly With Jellysmack. 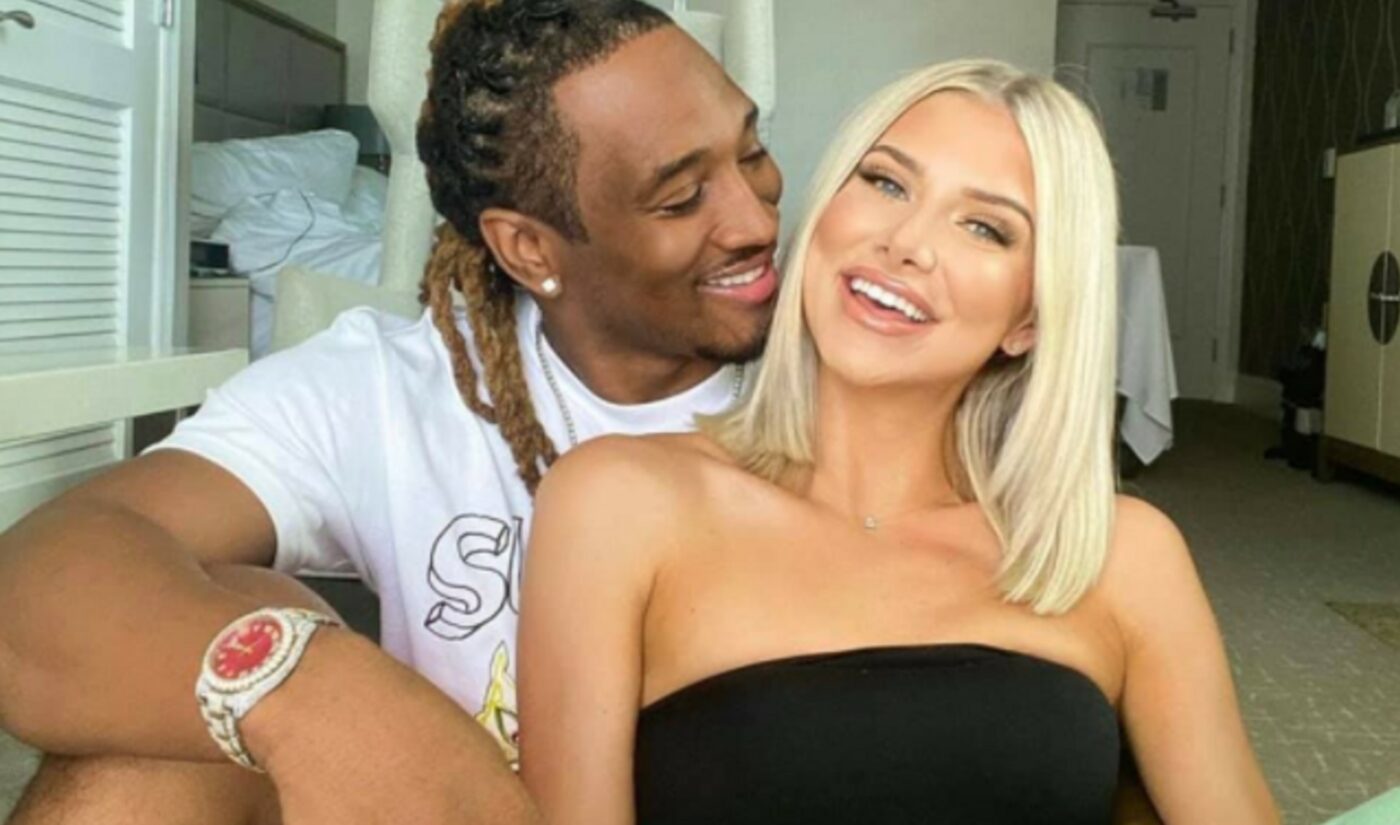 On their fast-growing hub that falls squarely within YouTube’s ‘couple channel’ genre, Charles Davis and Alyssa Hyde have amassed nearly 1.7 million subscribers in two short years on the strength of their vlogs, challenges, and viral pranks — with some of their biggest hits to date including Hickey Prank On Boyfriend and Break Up Prank On Girlfriend (Gone Too Far).

Inspired by family vlogger powerhouse The Ace Family (who nets upwards of 20 million views a month), the duo attributes the success of Charles And Alyssa Forever — which boasts 5 million monthly views on YouTube — to chronicling every aspect of their relationship, warts and all.

But while YouTube marks their primary social outlet, it isn’t their biggest. After being approached last November to join forces with digital media firm Jellysmack, Davis and Hyde say they have built an immensely lucrative Facebook empire on top of their YouTube success.

Jellysmack, formerly known as Keli Network, was co-founded in 2016 by entrepreneurs Michael Philippe, Robin Sabban, and Swann Maizil. Today, the company uses its “proprietary video optimization” technology to take advantage of the increasingly fruitful advertising revenue that video sharing sites are offering creators. Jellysmack helps creators who are successful on one platform diversify their portfolio onto additional platforms they have not yet mastered — be it Facebook, Instagram, Snapchat, TikTok, Twitter, or YouTube.

Jellysmack began its life in 2016 as the creator of its own video properties — including Beauty Studio, soccer-focused Oh My Goal, and gaming-centric Gamology — which it still operates. By 2018 it began to take learnings from these channels and use them to aid creators like Davis and Hyde in their growth.

“There are creators that are super successful on one platform, but are still having a hard time being successful everywhere, because every platform is different,” Philippe explains. “They don’t necessarily have the time, the skills, and the resources to grow everywhere.”

That’s where Jellysmack comes in. And as Davis and Hyde tell it, the firm supercharged their fortunes after it launched their Facebook account last November. The page, which is almost entirely managed by Jellysmack — though the couple does appear regularly to host live streams and interact with fans — has now amassed 7.4 million followers and counting in less than six months.

“We were doing good on YouTube and we were making a good living,” Davis says. “But you can go on YouTube and make three months’ worth of checks, and you’ll make that in one month working with Jellysmack.”

Davis adds that, thanks to Jellysmack, the couple is making at least $100,000 per month on Facebook alone. “We went from driving a 2009 Lexus and a 2017 Camaro to now we have a paid-off Range Rover and a McLaren.”

In addition to the staggering financial uptick, the couple’s Facebook page growth has significantly expanded the demographics of the Charles and Alyssa Forever fanbase. While their YouTube channel tends to skew younger, their Facebook fans vary in age. This is crucial, Davis says, because younger YouTube viewers tend to be more fickle in keeping up with different channels, whereas older followers on Facebook remain loyal over time.

The partnership has been so successful, the couple say, that they have just signed on with Jellysmack to manage their Instagram and TikTok accounts as well.

Jellysmack generated $100,000 in incremental revenue for two-thirds of its creators last year

Jellysmack works with a total of 150 creators in this way, helming cross-platform growth for the likes of YouTube megastars PewDiePie, (with whom it signed an exclusive, multiyear Facebook distribution deal in January), Bailey Sarian, Brad Mondo, Reaction Time, and Emmymade.

Beyond its impressive results for Davis and Hyde, the company says it built hair creator Brad Mondo’s Facebook following from zero to 8.6 million fans in one year. He counts today 9.7 million followers on the platform today. It also created and pitched an original Snapchat series for Mondo that has netted 4.5 million subscribers.

Similarly, Jellysmack created and pitched a Snapchat project for Lauren ‘LaurDIY’ Riihimaki that has amassed 838,000 subscribers in seven months, and amplified YouTube foodie Emmymade’s Facebook following from fewer than 200,000 followers to over 4.3 million followers in ten months.

All told, Philippe says that Jellysmack generated $100,000 in incremental gross revenues for roughly two-thirds of the creators that it worked with in 2020.

The company’s technology, he explains, comprises four key pillars: the ability to detect trending creators with whom to partner, the ability to hone content optimization across different platforms, a user acquisition tool to fuel channel growth, and the ability to furnish topic and trend recommendations for future content plans.

In addition to determining which additional platforms might have the biggest growth potential for a creator, Jellysmack says it can identify a creator’s top videos and then tailor them to subsequent platforms, running A/B tests on editing, thumbnails, and taglines to publish the most engaging version. Jellysmack team members also handle community interaction on new pages, and the company purchases video campaigns to bolster growth.

“We are one of the only companies doing what we’re doing because we started as creators ourselves,” Philippe says. “And that’s why we keep those channels. Because this is how we think we’re going to keep improving our technology and keep understanding what creators need.”

Jellysmack’s owned-and-operated properties Beauty Studio and Gamology, for instance, both generate 1 billion views per month, while Oh My Goal generates 600 million monthly views. Basketball-focused House Of Bounce and Binge Society, a fandom hub for film and TV, both generate 400 million monthly views. The company says it is incubating new verticals for content trends it has identified in true crime, cooking, auto, and comedy.

A risk-free proposition for partners

Philippe explains that Jellysmack — which can handle as much or as little of a creator’s presence on a new platform as they decide — is also a risk-free proposition for partners. This is because the company invests its own resources and takes a cut of any profits through a performance-based, revenue-sharing model on the back-end.

The company declined to disclose the financial terms of its creator deals.

Looking ahead, Jellysmack says it wants to add more creators to its stable, with a global eye to influencers in Europe, India, Southeast Asia, and Latin America. The company has just started to work with 15 creators in France to great success, Philippe says, including Chef Michel Dumas, food creator Florian On Air, and Cauet.

It also recently hired online video veteran Lauren Schnipper to serve as its VP of creator business development. Schnipper will focus on identifying potential partnerships, products, and tech for creators.

In onboarding new creators, the company says it looks for a number of factors, including how fast a channel is growing, engagement rates, its content library (including speed of production, the size and quality of the library, and the length of the videos), and subscriber counts.

“There are so many creators out there that have a lot of talent, but today it’s just so hard to grow on your own,” Philippe concluded. “This is really why we believe so much in what we do — because we know that talent is not enough on those platforms, and we know that we can help detect and grow the next big creators.”