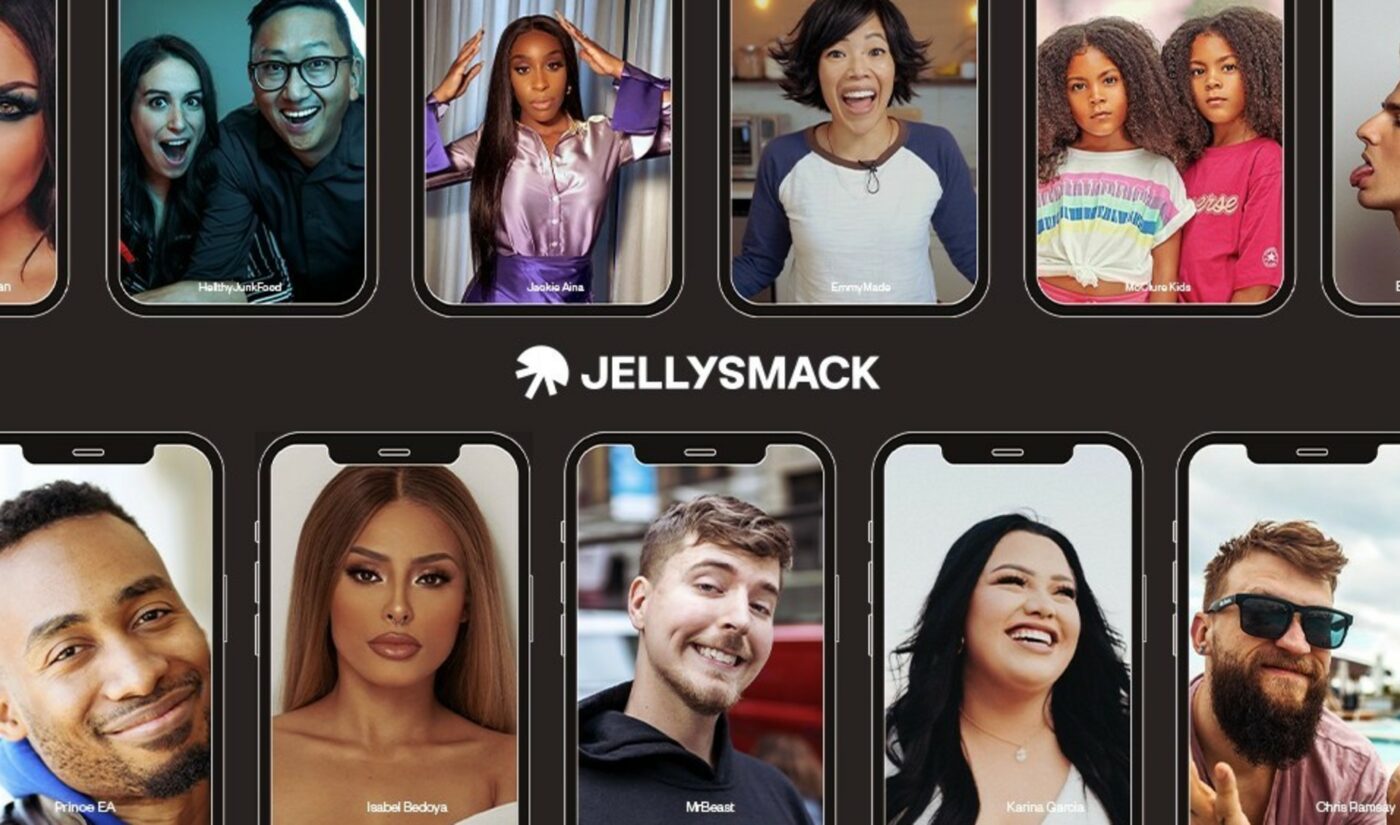 Jellysmack, which helps creators who are successful on one platform diversify their portfolios across Facebook, Instagram, Snapchat, TikTok, Twitter, and YouTube, has announced a Series C funding round that it says has catapulted it to unicorn status — meaning it now touts a valuation over $1 billion.

SoftBank Vision Fund 2 — the venture capital arm of the Tokyo-based conglomerate — was the sole investor in the round, though the amount of the investment has not been disclosed, nor have the specifics of Jellysmack’s post-funding valuation. SoftBank founder, chairman, and CEO Masayoshi Son announced the investment this morning in an investor briefing.

Prior to this round, Jellysmack had raised $40 million from Highland Europe, Partech, Interplay, and Unilever Ventures.

As part of the investment, SoftBank Investment Advisers’ managing partner Yanni Pipilis will join Jellysmack’s board of directors.

Jellysmack says it will use the latest funds to drive international expansion, helping creators in different countries diversify their cross-platform reach. The company says it will continue to invest in its proprietary technology, which fuels creator growth by optimizing video performance across different platforms, uncovering new audiences (to the tune of 25 million to 300 million in incremental monthly views, it says) and establishing new revenue streams.

The company says it will also use the funding to pursue M&A activity.

“We’re thrilled about this new investment from SoftBank and are incredibly humbled that it gives us unicorn status,” Jellysmack co-founder and co-CEO Michael Philippe tells Tubefilter, “even if we don’t want a valuation to define us or distract us from what we’re here to do, which is to help creators achieve lasting success.”