Insights: Which Video Streaming Services Made The Grade In Transformative 2020? 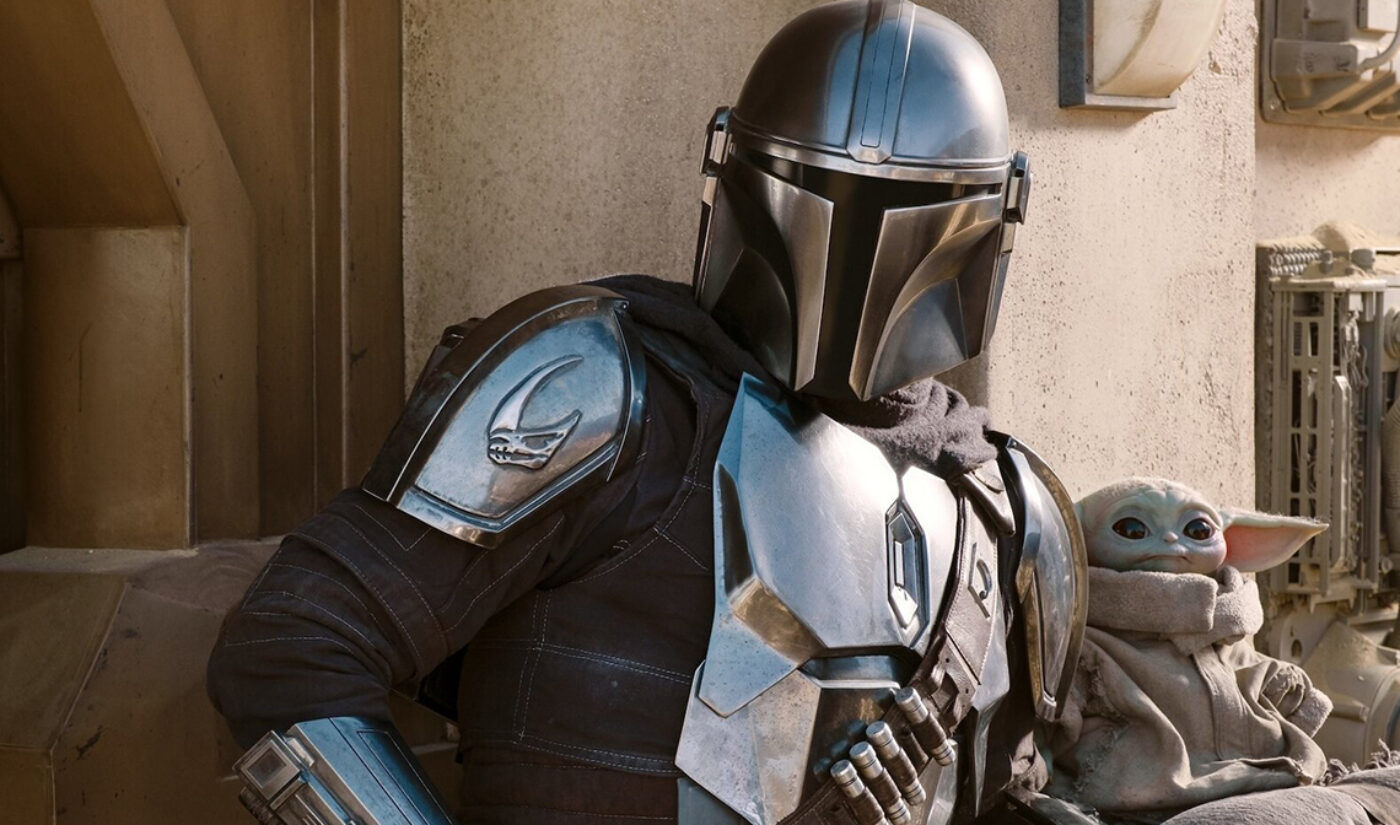 Here at the festering butt end of an excruciatingly hellish 2020, it’s easy to forget how completely transformed the subscription streaming video business is just 14 months after the industry’s current era began.

Back then, subscription video was a promising but not yet significant addition to the entertainment offerings of most big media and tech companies. Disney+ and Apple TV+ launched with an eye-catching title each (The Mandalorian,The Morning Show), but only Disney+ grabbed a notable audience.

Netflix was Netflix, and Hulu and Amazon had a few award-winners, but streaming was hardly crucial to the average household’s entertainment diet. That is not what streaming looks like after 2020, where it became an essential part of our pandemic-vexed lives.

Several other subscription services have launched, with Discovery+ and a rebranded and beefed-up Paramount+ coming from ViacomCBS in the next few weeks. The misbegotten and star-crossed Quibi has already died.

Overall, audiences are making the shift. Cable TV household penetration is free-falling, at its lowest level in many years, while three in four U.S. households now subscribe to at least one streamer. The average household gets around four.

That’s a lot of online video, even amidst an era of lockdowns, racial reckoning, and work from home/study from home/for God’s sake, just stay home. So, how did all the new services do in a year when they suddenly became a crucial part of our daily lives? My grades, on the seven most consequential services:

Netflix: The company added nearly as many subscribers in the first half of 2020 as it had in all of 2019, and now has around 200 million worldwide. Netflix even made more money than it spent, thanks to reduced production spending and all those new subscribers. But it will be challenged to duplicate those sparkling numbers in 2021. Regardless, Netflix excelled, providing home-bound customers a monthly tsunami of productions from across the planet. Its release slate simply overwhelmed the competition (releasing more titles per month than most challengers managed for the year).

Sure, critics carped that too few of those shows were memorable, but plenty were worthwhile. The Old Guard, The Witcher, and Extraction appear headed to franchise status. Emily in Paris was the hate-watched French confection that launched a thousand hot takes. Ryan Murphy keeps pumping out entertaining, wildly over-the-top shows such as Ratched, The Prom, and Hollywood, while Shonda Rhimes finally delivered a winner in Bridgerton. Meanwhile, the company fed the awards season’s bottomless maw with prestige projects such as Mank, The Midnight Sky, Da 5 Bloods, The Trial of the Chicago Seven, and the superb documentaries Crip Camp and Dick Johnson is Dead. There’s not much to criticize, beyond questioning how Netflix will duplicate it in 2021. Next year will feature far more focused, functional, and productive competition, all trying to grab and keep audiences that (Lord, we desperately hope) no longer have to spend their lives confined to quarters. Grade: A+

Disney+: From a business standpoint, Disney’s streamer hit a home run, signing up an estimated 37 million subscribers by year’s end, easily the best of the new contenders. While virtually the entire rest of Disney was getting hammered by the pandemic, Disney+ shone. And it’s tempting to grade 2020 based on what’s coming, as outlined at a December investors’ conference where executives said 80% of 100 planned new shows, including plenty from Marvel and Star Wars, will debut first on the streaming platform. That full-throated embrace by Hollywood’s most successful studio ratifies what this crazy year made obvious: streaming is the future, and the future is now.

Amid all that, it’s important to note how little meaningful new programming Disney+ debuted this year beyond a culturally resonant second season of The Mandalorian. Far too many shows were meta-programming, shows about making Disney-related shows and experiences. Yawn. If you weren’t a hardcore Disneyphile or a preteen’s desperate parent, Disney+ in 2020 quickly ran out of interesting things to watch. Grade: A-

The second tier of contenders

Apple TV+: Cupertino somehow seemed surprised that an originals-only approach for its video streaming service might not be enough at a time when subscribers had lots of other options. To its credit, Apple woke up last spring and opened its vast wallet, acquiring older shows such as the Peanuts specials. It bought new shows too, like Sony‘s $70 million Tom Hanks WWII thriller Greyhound. TV+ had a real breakthrough with the sweet sports comedy Ted Lasso, and smaller wins with Boys State, Mythic Quest: Raven’s Banquet, Dickinson, For All Mankind, and Wolfwalkers.

More importantly, TV+ is now part of all three tiers of the services bundles that Apple launched late in the year. Those won’t make TV+ a must-watch, but they will make TV+ easy to watch, on the Apple TV interface and increasingly other platforms too. But to get really serious in the streaming wars, it almost certainly will have to splash the cash for a big library, the one area where it clearly lacks compared to competitors. That could mean an overpriced MGM, the much bigger ViacomCBS, or perhaps some other Usual Suspect such as Lionsgate. A ViacomCBS deal would bring Showtime OTT and CBS All Access/Paramount+, along with a deep library of broadcast and cable shows and brands, a news division, rights to NFL games and much else. Apple certainly has the money to do a game-changing deal. It just depends on how much it cares about streaming. Grade: B-

Amazon Prime Video:  Quirky shows such as the Neil Gaiman/Terry Pratchett adaptation Good Omens and the Borat Subsequent Moviefilm, period romantic drama Sylvie’s Love, and new seasons of The Boys and Jack Ryan drew attention, but there was no comedy series on the level of previous Emmy conquerors The Marvelous Mrs. Maisel or Fleabag. The year’s prestige project was Small Axe, Steve McQueen‘s sublime collection of five feature-length movies about the Black experience in England, which deserves every minute of awards attention it receives.

Beyond that, Prime Video seemed almost an afterthought in Amazon’s far bigger picture. The company was the preeminent ecommerce provider for a locked-down nation’s many needs. Along the way, it also launched a pharmacy operation, and dealt with increasing regulatory pressure across the world, even as share prices more than doubled. Of note, at year’s end, Amazon bought podcast company Wondery. While it’s easy to think Amazon, which already owns Audible, is more interested in streaming audio than video these days, Wondery is also the company behind Prime Video hit Homecoming. Grade: B

HBO Max: No service went through more changes, challenges, controversy, or restructuring than HBO Max, which launched, terribly, in late spring. Some of that was beyond its control: the pandemic delayed production on most of its originals. Worse, disputes kept the new service off Amazon and Roku (which together reach around 80 million U.S. households) until late in the year. And then there was the needless brand confusion over how HBO Max differed from HBO Now, HBO Go, and plain old HBO. Newly hired WarnerMedia chief Jason Kilar spent much of the year cleaning the mess, with rounds of restructuring, layoffs, and dealmaking. Then, after Tenet tanked in theaters, Kilar’s brain trust went all-in on streaming. It stunned Hollywood, announcing simultaneous releases in theaters and online of, first, Wonder Woman 1984 on Christmas Day, then all of its 2021 slate of 17 more films, including big ones such as The Matrix 4, a Dune remake, and a Suicide Squad sequel. The company didn’t ease into the announcement with weeks of behind-the-scenes negotiations and payouts to co-financing partners, agents, and dozens of profit participants. All those partners found out pretty much when the public did, and reportedly largely remain in hysterics about it. So, maybe Kilar won’t be done cleaning up messes for months to come. That will be a challenge with possibly long-term effects.

In the meantime, though, HBO Max will release a premium movie about every three weeks in 2021, no doubt signing up lots of new subscribers and finally converting all those clueless people still paying for the HBO-only cable service. There’s lots of reasons to convert, including HBO’s rich library, including this year’s breakout series such as I May Destroy You and Euphoria, as well as movies from Criterion and MGM, animation from Adult Swim and Hayao Miyazaki‘s Studio Ghibli, and more. HBO Max could be the most interesting and excellent streaming service out there, provided anyone in Hollywood still wants to talk with them after Kilar’s bombshell. But 2020 was an ever so rough and excessively complicated year that only seemed to come together, kinda, at the end. Grade: C-

Hulu: The other broad Disney service seems a bit adrift in the increasingly complicated Mouse House streaming universe. Putting FX shows in a dedicated channel was smart and a big differentiator for fans of adult-leaning programming, and if you like traditional “TV” from traditional sources, Hulu still has a deep collection of mainstream programming. Hulu also benefits from its position in one of the more successful skinny bundles, Hulu + Live TV, and the attractive Disney+/Hulu/ESPN+ bundle. As with just about all the streamers, it saw its paying subscribers grow significantly in 2020.

But beyond the FX programming, there were only a few notable originals–Mrs. America, Ramy, and The Great come to mind–to pull in new subscribers. Though Hulu has some natural advantages, its long-term future is unclear, particularly overseas. Where, for instance, does Hulu fit as Disney rolls out Hotstar internationally? Grade: C+

Peacock: A soft launch in the spring on parent Comcast‘s pay-TV services went mostly unnoticed. But the wide launch in July attracted little more attention, thanks to the pandemic’s impacts. Not only were Peacock’s new shows stuck in production limbo, the Tokyo Olympics were delayed a year. Instead of providing hundreds of hours of exclusive programming in the days after the Peacock launch, there was little reason to tune in, much less pay. Worse, Peacock had some of the same carriage disputes with Roku and Amazon that HBO Max face, to similar result.

Given all that, perhaps it’s a minor miracle the year ended with 22 million Peacock subscribers. Peacock’s free, ad-supported tier was livened by eponymous talk shows from Amber Ruffin and Larry Wilmore. But there was little on the pay tiers that drew in subscribers, other than a well-received reboot of Saved by the Bell  (reviews were largely on the lines of, “It’s actually pretty funny.” Who knew?).

NBCUniversal‘s biggest streaming headlines, however, came from the parent studios. After a triumphant video-on-demand run for Trolls World Tour, the company feuded with theater chains, then cut landmark deals to share revenues with two of them around a new distribution window called Premium VOD. NBCU chief Jeff Shell has been pushing the studio into the future on multiple fronts, but the company appears to still be figuring out its new configurations.

Peacock will benefit from PVOD movies and lots of comfort-food TV spooned out to the millions who get the service through Comcast pay-TV services. But for Peacock to truly take wing, it will need to do a lot more in 2021 to get anyone else to care. Grade: C-