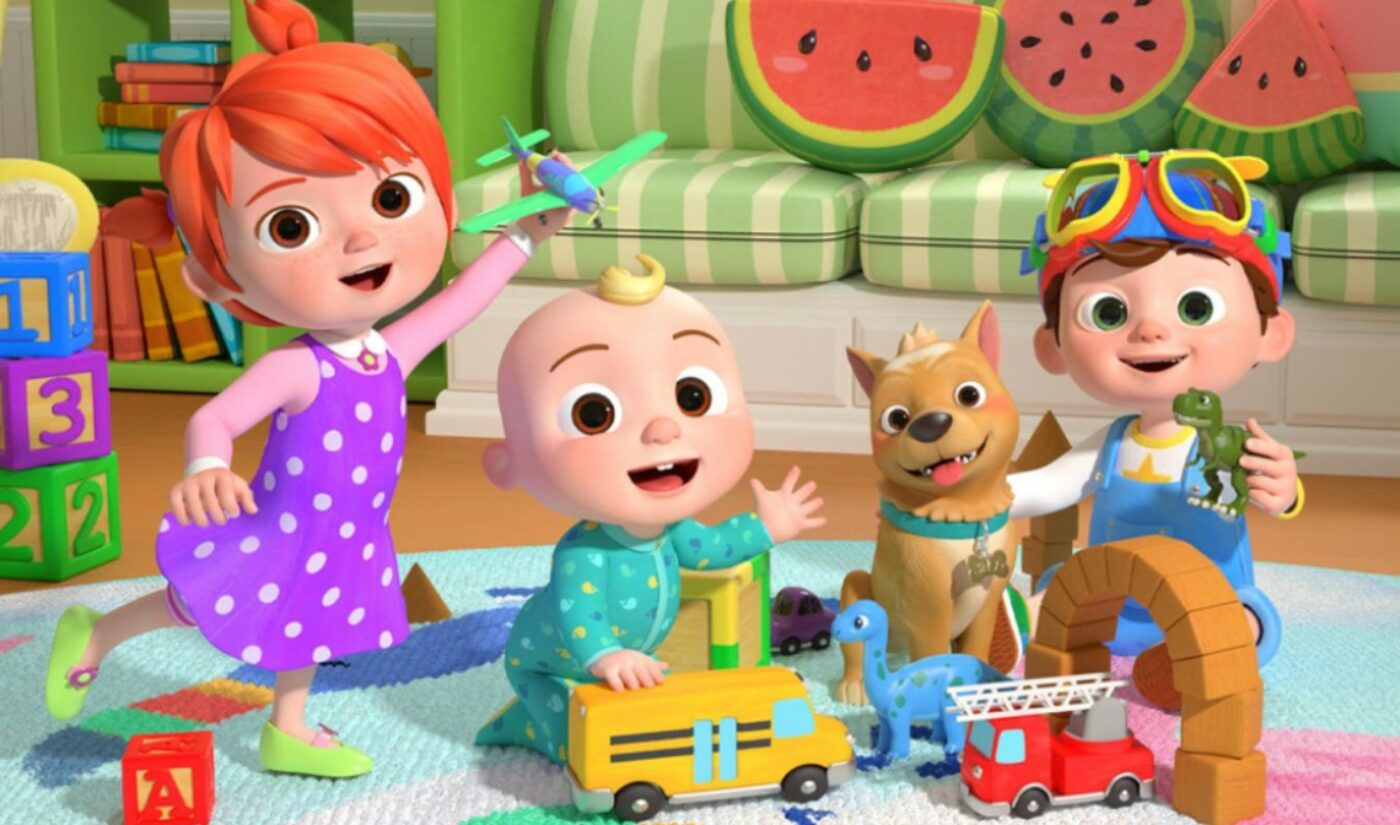 Kids’ content giant Moonbug, which owns some of the most popular children’s channels on YouTube, has added to its deep funding coffers and expansive portfolio with a $120 million funding round, and the acquisition of two new properties: CoComelon and Blippi.

The funding round was led by Goldman Sachs Growth Equity and Fertitta Capital, with participation from existing investors Felix Capital and The Raine Group. Two-year-old Moonbug says it will use funds to acquire even more children’s properties. And as far as its latest purchases are concerned, Moonbug says it will look to invest in production, expand global distribution, pursue new storylines and characters, and cultivate licensing opportunities and merchandising deals.

It isn’t wasting any time. Moonbug says it has a Cocomelon toy line that will be available in coming weeks. (Cocomelon announced its foray into merch in February). And as far as Blippi is concerned, Moonbug is also readying toys, apparel, and other licensing partnerships that will launch this year. (Blippi, the character creation of edu-tainer Stevin John, launched an educational toy line in January).

Cocomelon is one of the world’s most-viewed YouTube channels on a monthly basis, and surpassed an unthinkable milestone in May: 1 billion views in a single week. Now, the channel counts 89 million subscribers and 3.5 billion monthly views — thanks to its 3D animation (pictured above) featuring beloved characters including Baby JJ, YoYo, and TomTom. Blippi, for its part, is a live-action series with 24 million subscribers across its portfolio of YouTube channels. It counts 250 million monthly views across its flagship eponymous channel, and has also spawned a toy line and live shows in the United States.

“It is a tremendous accomplishment to acquire two of the world’s most loved children’s shows,” Moonbug co-founder and CEO Renè Rechtman said in a statement. “We are excited to support their continued growth and expand the brands into global entertainment franchises. It is a transformational step for our business.”

Moonbug, which says its business model involves acquiring IP with global potential and scaling it — in addition to content licensing, merch, original productions, and brand partnerships — distributes its programming to over 100 streaming platforms, including Netflix, Hulu, Apple TV, Sky, Roku, and others.

The latest round brings total funds raised by Moonbug to $265 million. The company launched in Dec. 2018 upon the purchase of British kids’ channel Little Baby Bum and the announcement that it had raised of $145 million in venture funding, led by The Raine Group with participation from Felix Capital and Fertitta Capital.