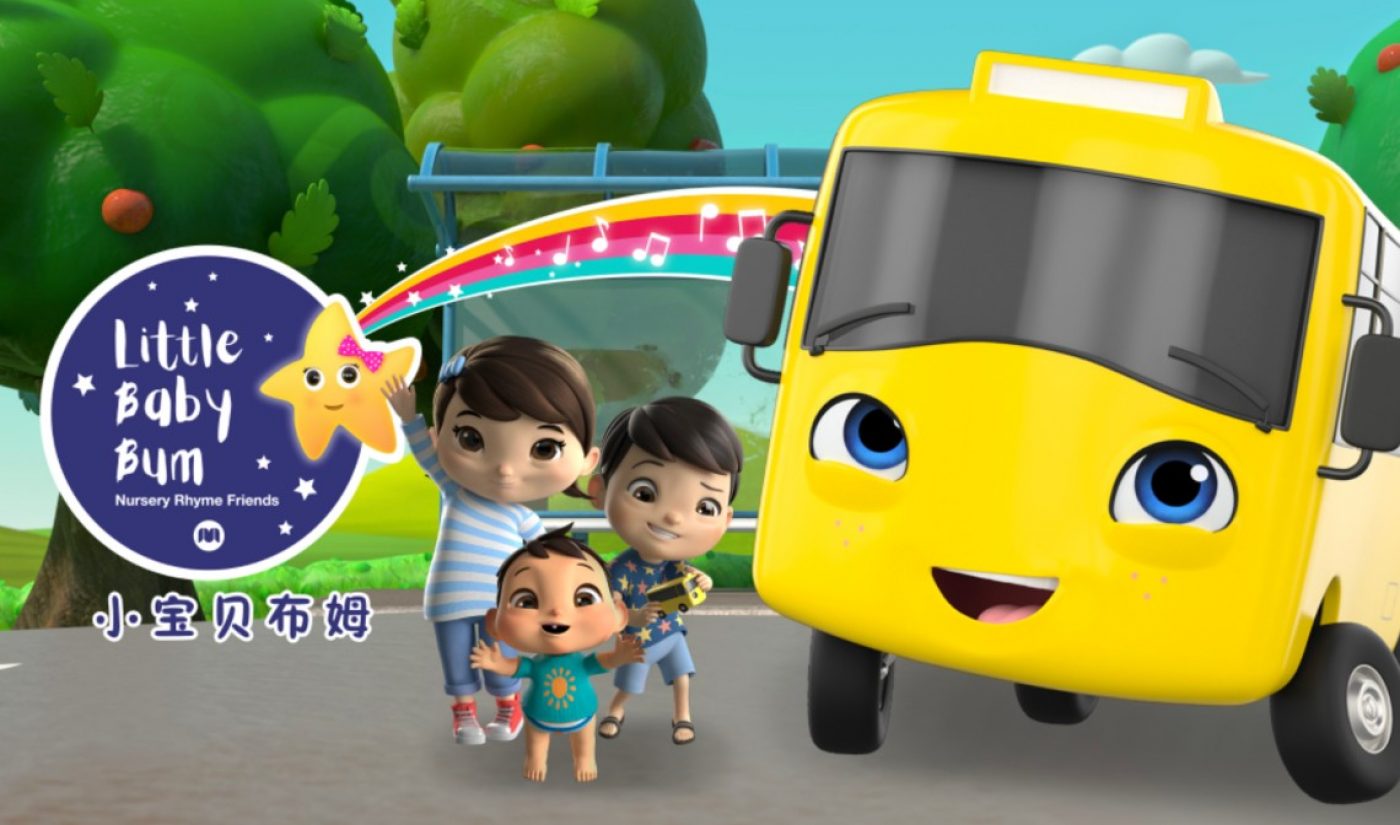 The company is entering China through a strategic partnership with Xigua Video — a popular Chinese video app that hosts both short and long-form content, and which is owned by internet giant Bytedace (which is also the parent company of hit micro-video hub TikTok). The new pact will call for all core Little Baby Bum IP to bow on Xigua — which counts 50 million monthly users — this month. Shows like Wheels On The Bus will be available in both English and Mandarin.

“We’ve seen a huge amount of global expansion in the past year, and this is the first of hopefully many more deals within China and the wider Asian market,” Nicolas Eglau, Moonbug’s head of EMEA, said in a statement. “Little Baby Bum already has such a strong following throughout Asia, and we are excited to join Xigua Video’s growing category of children’s content so kids across China can access and interact with the show.”

In addition to Xigua, Little Baby Bum has also catapulted beyond its native YouTube platform for distribution on Netflix, Hulu, and Amazon Prime Video. The series features playful nursery rhyme storylines that teach children cognitive, emotional, and physical life skills, per Moonbug. The series has spawned three spin-offs based on popular characters, a line of merch, and a live stage show dubbed Little Baby Bum Live.