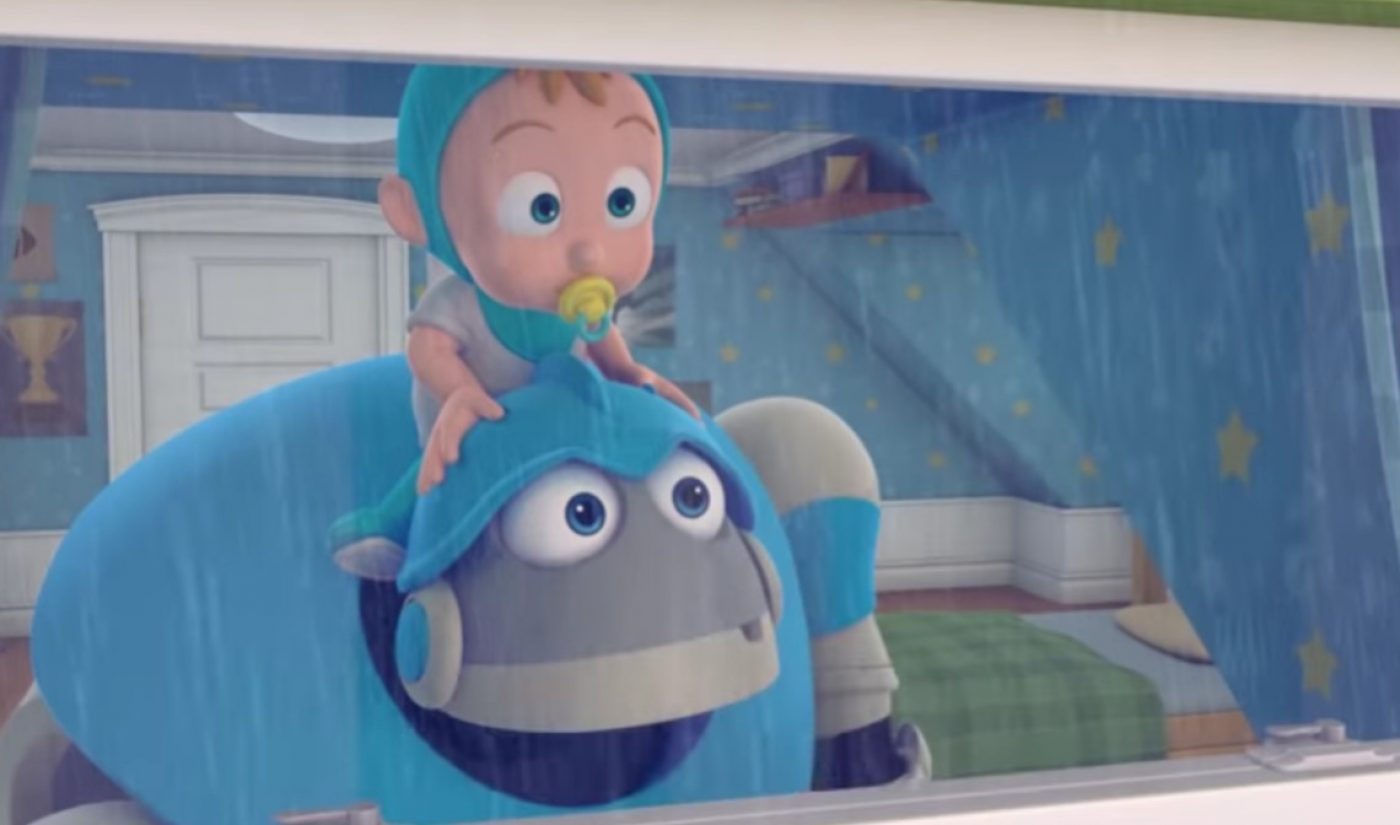 Amid a slew of different announcements in the kids’ content space in tandem with Toy Fair New York, Moonbug, the London-based digital giant that owns Little Baby Bum and Morphle TV (which just inked a global toy licensing deal), has just unveiled its latest acquisition: the hit Korean animated series Arpo. The slapstick comedy series, aimed at children three to six, follows the titular character — a commando robot-turned-nanny, and the curious baby boy that he cares for, Daniel.

Moonbug said the purchase will serve to bolster its push into Asia this year, and will also enable it to expand Arpo into other international markets — something of a seamless transition, Moonbug says, given that the series features light dialogue and focuses largely on body language and facial expressions.

Arpo counts upwards of 2 million YouTube subscribers and nabs 100 million monthly views, per Moonbug. Following the acquisition, the network says it plans to produce 26, 3.5-minute episodes this year for distribution on OTT platforms across the U.S., EMEA, and APAC — including Amazon Prime Video, Apple TV, Kidoodle.TV, Roku, and YouTube. The first batch of 12 episodes are already live, and future installments will introduce new characters and expanded worlds, Moonbug says.

“Arpo is such a unique, fun show, and we recognized how well it resonated with the progressive audience in Korea, as well as others around the world,” Moonbug COO John Robson said in a statement. “We’ve seen a huge demand in new content from these beloved characters and are looking forward to expanding Arpo‘s reach to new markets over the coming year.”

Moonbug, which was founded in Sept. 2018 and picked up $145 million in venture funding the following February, owns other children’s content properties including Supa Strikas, Go Buster, Playtime With Twinkle, and Gecko’s Garage.