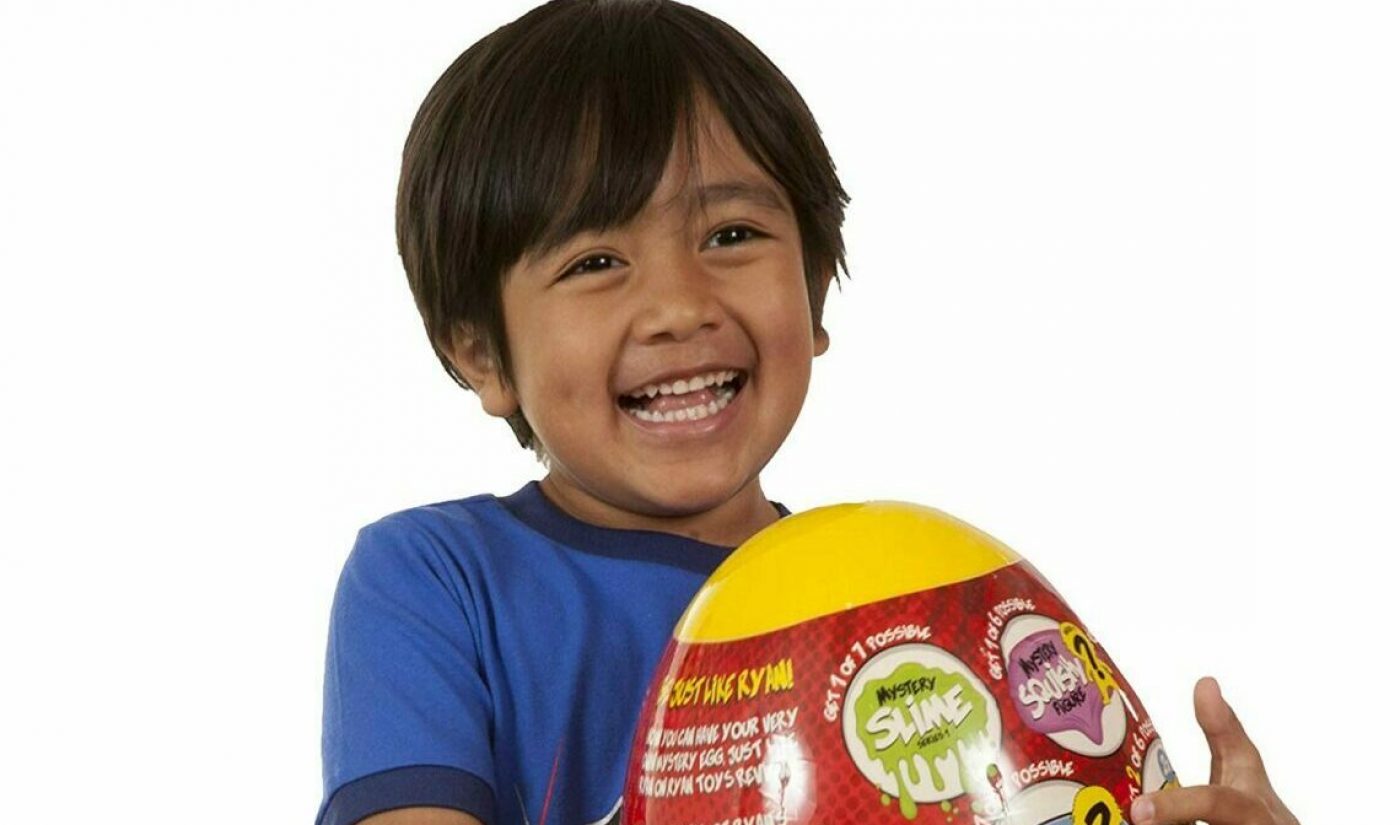 Ryan Kaji-related products are expected to bring in a staggering $150 million in sales this year, more than tripling last year’s sales of $42 million.

Those figures come from digital kids’ content studio pocket.watch, which signed Ryan, his parents, Loann and Shion, and their family of YouTube channels (headed by flagship Ryan’s World with 23.1 million subscribers) in September 2017. The studio has since facilitated dozens of licensing and brand deals for the Kajis — perhaps most notably their line of Walmart-exclusive toys. Collectively, the licensing deals have resulted in about 1,000 Ryan-related products sold in 75,000 stores across the globe, pocket.watch recently told the Wall Street Journal.

It’s not clear how much of that $150 million will come the Kajis’ way, but even without counting pocket.watch income, Ryan is still reportedly this year’s — and last year’s — top-earning YouTuber, according to Forbes, with an estimated pretax income of $26 million solely coming from YouTube ad revenues. (Last year: $22 million.)

That $42 million-to-$150 million jump in product revenue may be because Loann, Shion, and pocket.watch have been working to put Ryan products in as many stores and departments as possible, WSJ reports.

“We wanted to make Ryan’s World a bigger global franchise than anything on TV,” Chris Williams, pocket.watch’s founder and CEO, told the outlet. Ironically, however, Ryan himself is now on TV, having snagged his very own Nickelodeon show–Ryan’s Mystery Playdate–earlier this year. The series features Ryan and the Kajis’ original animated (and now toy-ified) characters, like Gus the Gummy Gator, and is currently airing its second 20-episode season.

As the WSJ notes, Ryan’s massive audience and growing number of products–which frequently feature in his YouTube videos–have been the subject of criticism from people who are concerned that toy unboxing videos, both sponsored and unsponsored, are essentially just long toy ads directed at children. Separately, the Kajis are currently facing a complaint filed with the Federal Trade Commission that alleges 92% of Ryan’s World videos contain at least one product recommendation aimed at children too young to tell the difference between organic content and marketing.

Through a spokesperson, the Kajis told the WSJ they follow all terms of service and honor all existing laws regarding ad disclosure requirements.