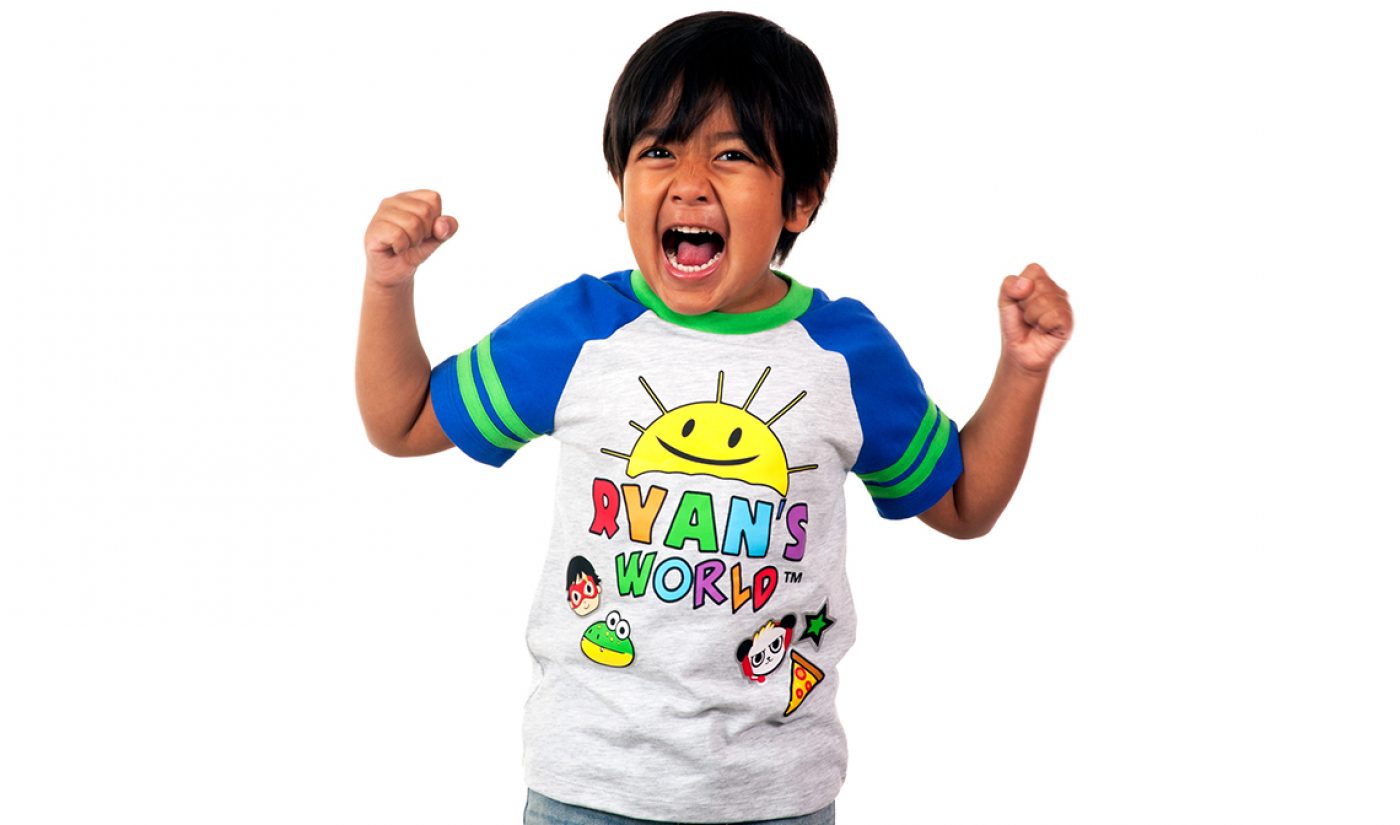 For the year in a row, Ryan Kaji — formerly known as Ryan ToysReview — is at the top of Forbes’ annual list of the highest-earning creators on YouTube.

The eight-year-old (and his parents, Loann and Shion, who are present in nearly all his videos) earned an estimated $26 million from June 2018 to June 2019 — $4 million more than last year. Forbes calculated creators’ gross earnings based on data from Captiv8, SocialBlade, Pollstar, and industry insider interviews, and did not subtract potential cuts for agents, managers, and/or lawyers. The figures also don’t take into account income tax, which, for U.S.-based creators, will likely sap around 25% of the total thanks to the higher self-employment rate.

That being said, these are YouTube-only earnings, so they don’t include revenues from other business ventures. And, in the Kajis’ case, there are a lot of ventures.

Ryan’s flagship channel, renamed Ryan’s World in October, has 22.9 million subscribers and currently brings in nearly one billion views per month. (During Forbes’ measurement period, its monthly total hovered between 600 and 700 million.) But via their production company Sunlight Entertainment, the Kaji family and their 28 employees actually manage a total of nine channels: the flagship, Ryan’s World Español, Ryan’s World In Japanese, EK Doodles, Ryan’s Family Review, Vtubers, Combo Panda, Gus the Gummy Gator, and The Studio Space. Together, these channels have more than 31 million subscribers and more than 41 billion lifetime views.

In addition to expanding the Ryan’s World YouTube footprint this year, the Kajis supersized Ryan’s already massive merch empire by signing 40 global licensing deals to launch new lines of toys, playsets, dress-up sets, musical instruments, inflatables, trains, and puzzles. Ryan also made a leap to the small screen by starring in his very own Nickelodeon series, Ryan’s Mystery Playdate, which was renewed for a second season just five days after the first season’s premiere in April.

As Forbes notes, the Kajis have shifted Ryan’s content a bit this year by incorporating a growing number of science education and experiment videos. Considering Ryan began YouTubing about toys when he was just three years old, and his content — though it has significantly amped up in production value — has remained topically the same ever since, this may be a sign that as he’s getting older, his content is maturing with him to reflect his interests. Whether science content becomes his main fare or not, it’s a new direction (and fertile tie-in merch ground) for the formerly entirely toy-themed channel.

The rest of this year’s top earners list reaffirms the fact that gaming is big business on (and for) YouTube: nearly half of the top 10 are gaming creators, and nearly all of those creators focus on YouTube’s most popular game — Minecraft. (No, it’s not Fortnite. Yes, really.)