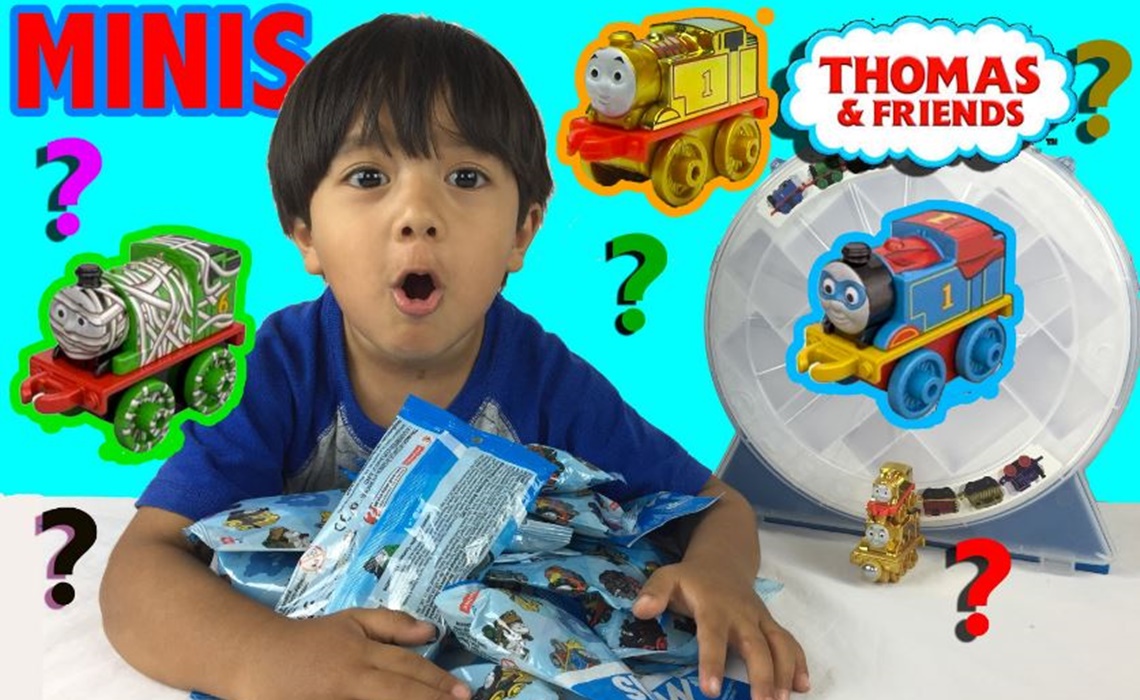 When Jon Moonves speaks about Pocket.watch, the kid-friendly media company where he serves as Chief Strategy Officer, he shares his desire to build a brand that impacts today’s young consumers in the same way MTV did for Generation X and Nickelodeon did for Millennials. If Pocket.watch is going to achieve such a lofty goal, it will need to team up with the creators who most captivate today’s children, and with its latest partnership, it has done exactly that. It has announced a multi-platform deal with Ryan Toys Review, the massive popular channel that stars an adorable six-year-old kid.

By joining forces with Ryan and his parents, Pocket.watch will gain access to one of the largest and most engaged audiences in the online video world. Ryan Toys Review pulls in hundreds of millions of views each week and has received more than 14 billion hits in total. That makes it the sixth-most viewed YouTube channel of all time, even though Ryan and his family only posted their first video in March 2015. Since then, Ryan’s playtime exploits have drawn the attention of everyone from Kevin Durant to PewDiePie. His most popular clip, in which he plays with an inflatable water slide, has picked up close to a billion views on its own.

Pocket.watch wants to continue to build the Ryan Toys Review channel on YouTube while also bringing the channel’s brand to other platforms. “When you have a brand that’s strong like Ryan Toys Review, we believe expanding outside of youtube is something that should be done,” Moonves told Tubefilter. He listed TV shows, movies, books, apps, and live events as potential ventures for young Ryan and his family.

Moonves also noted that Pocket.watch’s partnerships team, which so far has inked deals with Ryan Toys Review and another popular children’s channel, HobbyKidsTV, would unite with the programming side of the business, which is being led by former Nickelodeon exec Albie Hecht. Hecht’s most notable move so far has been bringing on longtime Saturday Night Live cast member Kenan Thompson for a sketch comedy series called Skoogle. “Albie’s excited about working with Ryan and his family,” Moonves said.

Ultimately, Pocket.watch plans to secure more deals with top YouTubers, but Moonves noted that the plan is to keep the network small. Right now, the target roster size is somewhere between seven and ten channels. As part of its pitch to creators, Pocket.watch is offering equity in its company, so that its partners have the proper incentive to grow and shape their content offerings. “We’re aligning our interests and aligning the interest between our various partners,” Moonves said. “As one does well, all do well.”

With such a small network, it is important for each partner to offer a lot of value, and with Ryan Toys Review, Pocket.watch believes — justifiably so — that it has secured a pact with one of the strongest children’s brands in the digital media world. Its head of partnerships, Chase Landau, explained that the company has sought a deal with Ryan and his family since meeting them at an event last year. “You really feel you’re a part of their family,” Landau told Tubefilter. “They’ve invited their audience into the family on a much more intimate level. It’s unlike any of the other creators out there.”