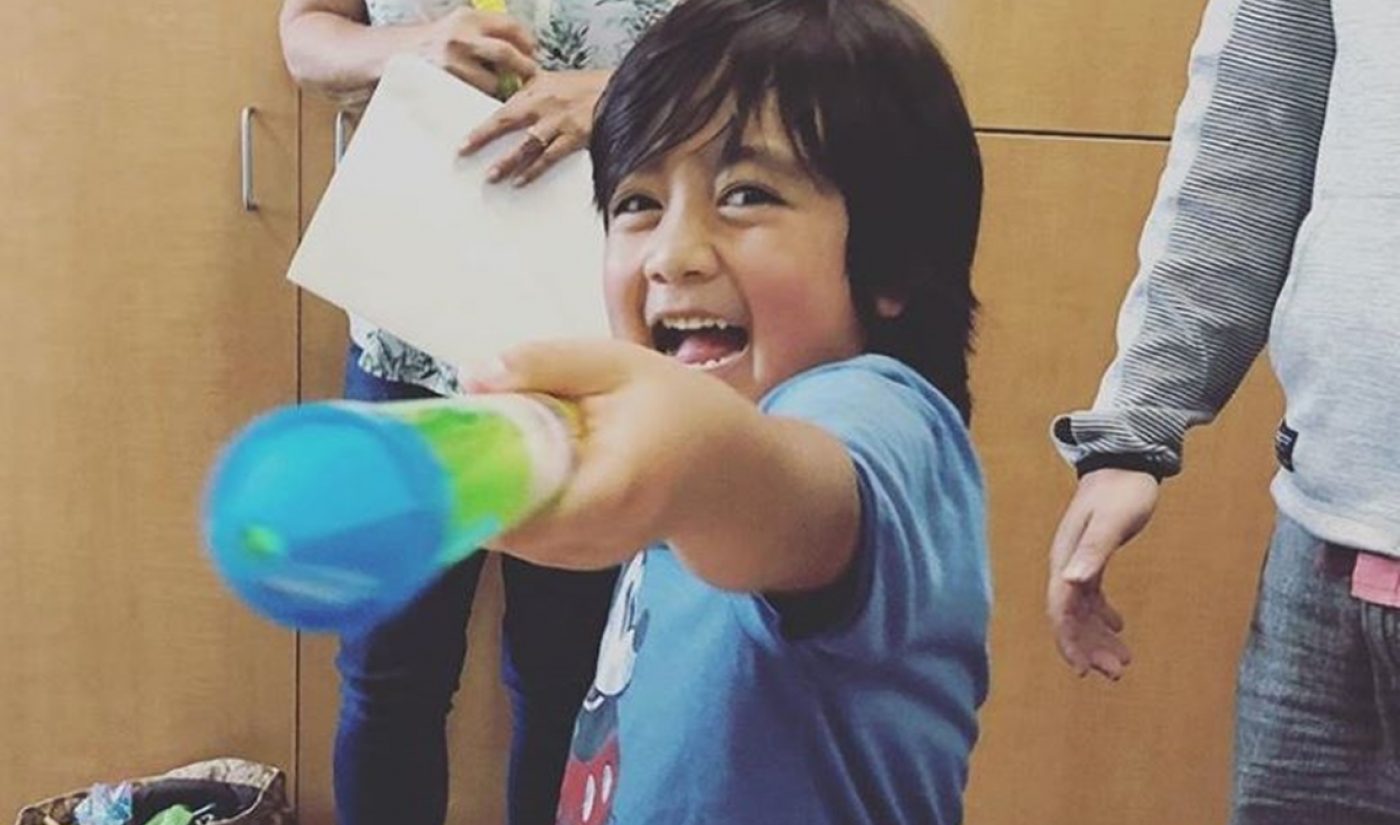 The explosive success of seven-year-old Ryan ToysReview — a youngster YouTuber who became one of the platform’s most-viewed channels on the strength of his exuberant toy unboxing videos — is starting to feel like something of a lottery win.

Ryan (and his co-vlogger parents) clocked $22 million in earnings last year, according to Forbes, which placed the first-grader at the top of its annual Highest-Paid YouTube Stars list. Forbes says it estimated Ryan’s pre-tax earnings from June 2017 to June 2018 based on data from influencer marketing platform Captiv8, analytics firm SocialBlade, and trade publication Pollstar, as well as interviews with industry insiders.

In addition to the wildly lucrative ad revenues associated with his highly-viewed and advertiser-friendly content, Ryan — who does not disclose his last name — also has a line of toys and apparel that is vended at Walmart stores nationwide. (That line was created with the help of his studio partner Pocket.watch, which has also repackaged Ryan’s content for distribution on Hulu and Amazon).

That said, Ryan’s product line launched in October, after the Forbes’ cutoff, and thus the magazine estimates that the majority of his earnings in 2018 — to the tune of $21 million — were derived from pre-roll ads on his YouTube channel, where he counts 17 million subscribers and a whopping 26 billion lifetime views. (Ryan headlines the third most-viewed channel on all of YouTube behind Bollywood production company T-Series and the WWE). The remaining $1 million resulted from sponsored posts — a relatively small ratio compared to other creators on its list, Forbes notes, given that Ryan’s family is careful about accepting brand deals, and the children’s influencer marketing industry is relatively underdeveloped.

You can check out the list in full right here.