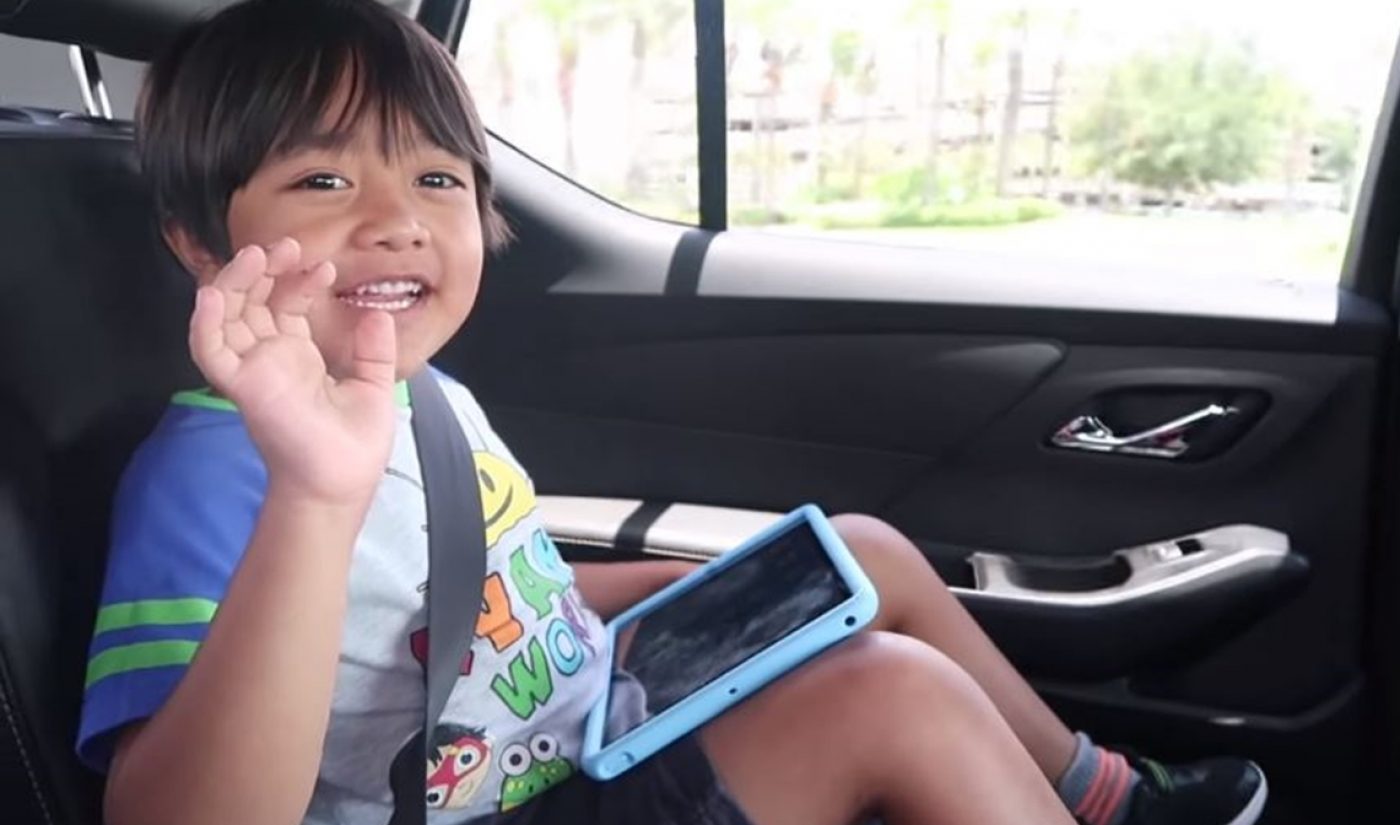 With the help of studio partner Pocket.watch, Ryan (who does not disclose his last name) has inked 40 new global licensing deals that will bring his likeness onto countless upcoming products, including sleepwear, accessories, Halloween costumes, party goods, water bottles, furniture, and home goods. Ryan dropped his first line of toys at Walmart in August, though the latest deals will supercharge his output on a global level in a variety of new categories.

First, in keeping with the name of his YouTube channel — which counts 18 million subscribers and a staggering 27 billion lifetime views — Ryan is adding to his toy arsenal. He has partnered with licensee Just Play on a line of toys, playsets, role play/dress up clothing, musical instruments, and seasonal inflatables set to launch this fall. With Jada, Ryan will create car toys debuting exclusively at Walmart in the U.S. this Easter, as well as globally across Germany, Canada, Mexico, the U.K., France, Middle East, Philippines, and Indonesia. Finally, Ryan has partnered with Kids Preferred for wood toy launches — including trains and puzzles — bowing this fall.

Many of the aforementioned products will feature Combo Panda — a spin-off character and gaming-focused YouTube channel (662,000 subscribers) from the Ryan’s World universe.

Beyond toys, Ryan has a number of other launches up his sleeve. American Greetings will create party decorations, stickers, and activity kits featuring his likeness, while Zak Designs will develop dinnerware and water bottles on his behalf, debuting this spring. Other products — including apparel, Halloween, back-to-school, and home items — are also forthcoming, Pocket.watch says.

“Having spent the past year building the Ryan’s World lifestyle brand, we could not be prouder of the success we’ve seen thus far,” the company’s chief revenue officer, Stone Newman, said in a statement. “Kids love Ryan and want him in every aspect of their lives.”