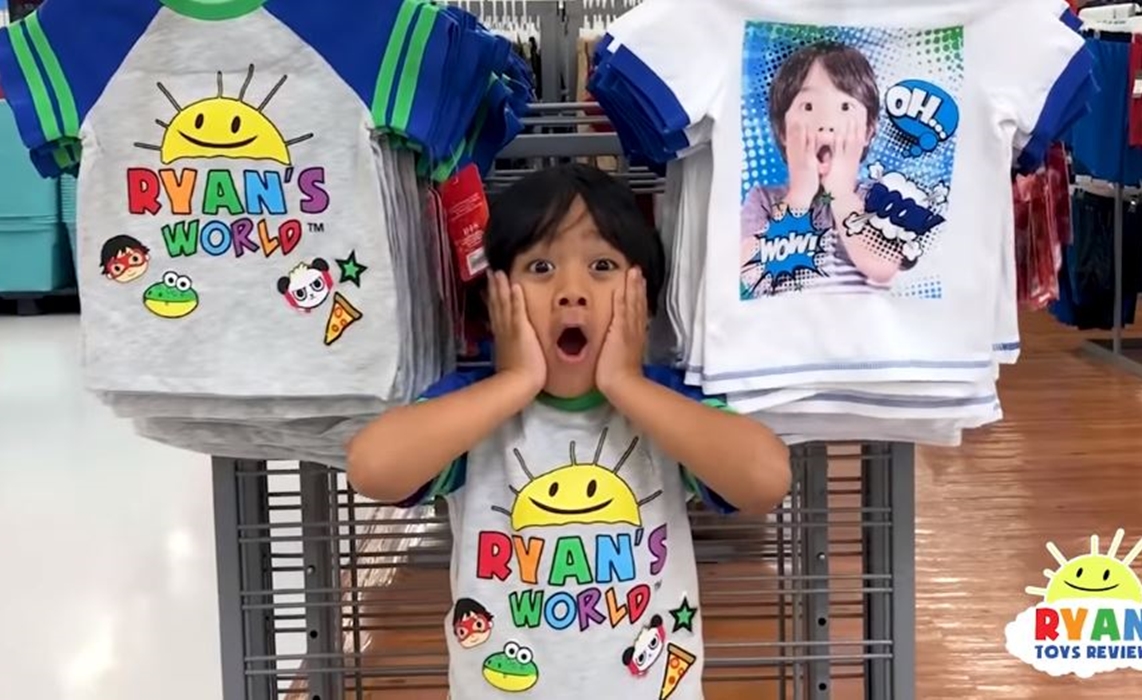 Ryan ToysReview, arguably the biggest children’s channel on all of YouTube, which has subsequently spawned a global multimedia empire, has become the subject of a complaint filed with the Federal Trade Commission, alleging that it has deceived children through sponsored videos that look and feel like organic content.

Ryan ToysReview is headlined by seven-year-old Ryan Kaji, whose kid-friendly charisma has garnered a staggering 21.4 million subscribers and 31.8 billion lifetime views. The filing, by watchdog group Truth In Advertising, was particularly timely — submitted on the same day YouTube announced it had settled with the FTC for violating children’s privacy regulations. As part of that settlement, YouTube paid a record $170 million and announced sweeping changes to the way that children’s content will be served ads going forward.

Truth In Advertising says in its complaint that 92% of Ryan’s videos contain at least one paid product recommendation aimed at preschoolers, who are too young to distinguish the difference between an ad and organic content, reports The New York Times. On his channel, Truth In Advertising alleges, Ryan has worked with Walmart, Hasbro, Netflix, Chuck E. Cheese, and Nickelodeon — partnerships that the agency says are not always adequately disclosed.

“The channel deceptively promotes a multitude of products to millions of preschool-aged children in violation of FTC law,” states the complaint, which can be read in full right here.

“The well-being of our viewers is always the top priority for us, and we strictly follow all platforms’ terms of service and all existing laws and regulations, including advertising disclosure requirements,” Shion Kaji — Ryan’s dad — told the Times in a statement. “As the streaming space continues to quickly grow and evolve, we support efforts by lawmakers, industry representatives, and regulators such as the FTC to continuously evaluate and update existing guidelines and lay new ground rules to protect both viewers and creators.”

This isn’t the first time that Ryan’s channel has been subject to investigation by regulators. Last month, several senators asked the FTC to investigate Ryan’s channel for two Carl’s Jr. commercials that they alleged had not been properly disclosed. And in 2017, the Council Of Better Business Bureaus found that Ryan had failed to properly disclose ads — including spots for wine and an R-rated film — and ultimately ruled that the ads should be removed, the Times reports.

This also isn’t the first time merchandise-focused videos like Ryan’s have come under scrutiny. Last year, Nerd City dissected content from Jake Paul (19.6 million subscribers) and alleged the amount of time he spends hawking products crosses laws meant to protect children from an overabundance of advertising. Like Truth In Advertising, Nerd City brought up the fact that a young audience can’t distinguish between their favorite creators making fun content, and making content meant to sell them on the next neat T-shirt or toy.

Unrelated to Paul, there’s also an ongoing lawsuit filed against YouTube earlier this year by the public prosecutor’s office in São Paulo, Brazil. The suit alleges YouTube as a whole is “engaging in abusive advertising practices toward children” because it hosts merch-focused videos, and Brazilian prosecuters say all toy unboxings and similar product-focused videos, even if they’re not sponsored, still count as ads.